L'Oasis: cool off with a few scoops of gelato this summer

[What to order] Hanoi's best burgers

5 strange fruits you must try when visiting Vietnam

A taste of Germany in the heart of Hanoi 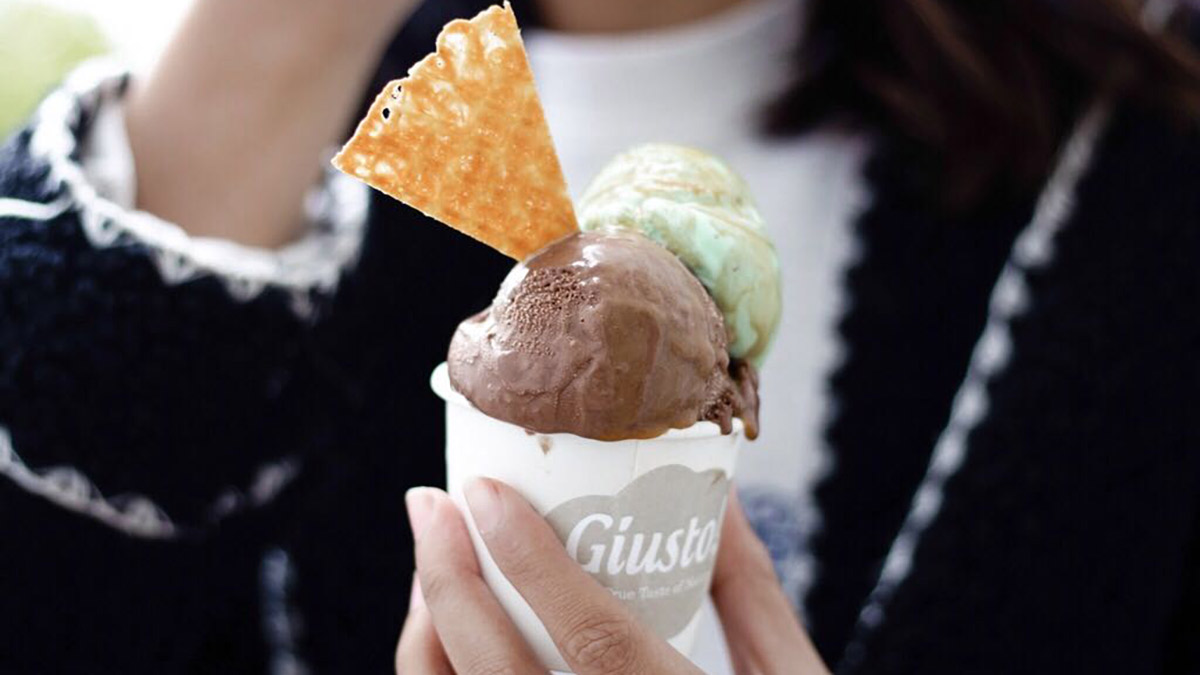 There are not many better ways to beat the intense heat of a Hanoi summer than with a few scoops of Italian gelato, and it was exactly this approach took Chào took on a recent mid-May afternoon, slurping down on a large scoop of creamy straciatella alongside a palate-cleansing portion of sorbet by way of contrast … there are about a dozen more flavors to go through so, this summer at least, we have decided that gelato is our new jam.

L’Oasis is a light and airy gelato parlor, spread over two floors, overlooking Hanoi’s beautiful West Lake. As its name suggests, it is a quiet, calm place, and its décor is clearly inspired by elegant Scandinavian simplicity.

We ask Latvian Daina Raiskuma, the director of L’Oasis, whether it is easy to sell ice-cream in the heat of summer and she gives us a look that could skin an elephant. “We don’t use that word here,” she says smiling. “We sell gelato and it is a completely different thing. It’s made and stored differently.”

She is right, of course. On trying gelato for the first time it is similar to ice cream, but after a few scoops you can really tell the difference. It’s richer, creamier, and more intensely flavored, which is strange as there is actually less fat than in traditional ice-cream.

Raiskuma is something of a gelato expert, and this time last year she had her own gelato truck, where she would make up large-batches of the glorious frozen dessert and drive around festivals and events serving up numerous experimental flavors. “It was great fun,” she says. “But the truck could only go 40 kilometers per hour, which is not much for a European motorway, and my brother always insisted on doing the driving.”

It was working in her gelato truck that led to her getting the gig to run L’Oasis, and since arriving in Hanoi just over six-months ago she has been experimenting with flavors more than ever. Alongside popular traditional flavors (chocolate, vanilla, mint choc chip, strawberry– all at 55,000 VND per scoop), she has been trying out many more unusual ones such as pineapple and lemongrass; avocado; chocolate, chili and nutmeg; as well as banana and edible charcoal. She has even made a gelato from Vietnamese beer.

The flavors seems to be constantly rotating at L’Oasis, but on Chào’s most recent visit, Oreo, mango, rum and raisin, mocha, coconut, salted caramel, yoghurt and passion fruit were a few of the various tastebud-tinglers on offer.

Raiskuma takes pride in the fact that all the ingredients are locally-sourced, with no preservatives, and everything made from scratch. “It’s why you might come for gelato one-week, but then try the same flavor two weeks later and it can taste slightly different,” she says. “We might just be experimenting with strawberries from a new seller or something.”

“We have one little kid who comes in, and straight away he is like ‘one scoop of chocolate on a waffle, please.’ Every time! He must only be about eight but he never changes his order.”

L’Oasis are trying to bring a scoop of Europe to Hanoi, and after a slow start it seems to be working, with queues of locals coming in, often with their children, to try creamy frozen taste of Italy . Once they do, they usually come back.

“I think what I like best is getting to know the people that keep coming in,” Raiskuma says. “One of our regular customers came in one day and ordered 40 scoops. I know she liked gelato but thought it was a bit unusual! But she said she had lots of friends. So we gave her her 40 scoops and then off she went.”

“The kids are funny too. You would expect them to take ages choosing which flavor but they seem to know exactly what they want, whereas the adults take ages,” Raiskuma says. “We have one little kid who comes in, and straight away he is like ‘one scoop of chocolate on a waffle, please.’ Every time! He must only be about eight but he never changes his order.”

The boy’s ordering of the waffle is a solid choice. While you can get your scoops served in a cup or from a cone, the waffles served here are supreme. Though made to a traditional Belgian recipe, they have tweaked the method slightly, so the outside is a little crispier and the inside a little chewier. One of these served with a scoop of gelato will win anyone over. In fact, for a date, Chào’recommends the giant waffle with four scoops (265,000 VND). Order one of these and your second-date is pretty much in the bag, such are its show-stopping qualities. The hard part will be simply picking the flavors; this can take a while.

Chào’s only disappointment with L’Oasis is that they didn’t have any booze on hand, purely as a digestif of course, but Raiskuma soon came to the rescue. “Oh we have lots of rum,” she says. “I could put a couple of shots in your coffee.” And so she did–a perfect end to a sumptuous gelato-fest.

With is serene atmosphere, friendly staff and myriad flavors, L’Oasis is a perfect spot come and do some work beside the lake, or just to chat with a friend over a coffee and a creamy dessert. Just don’t mention ice cream.