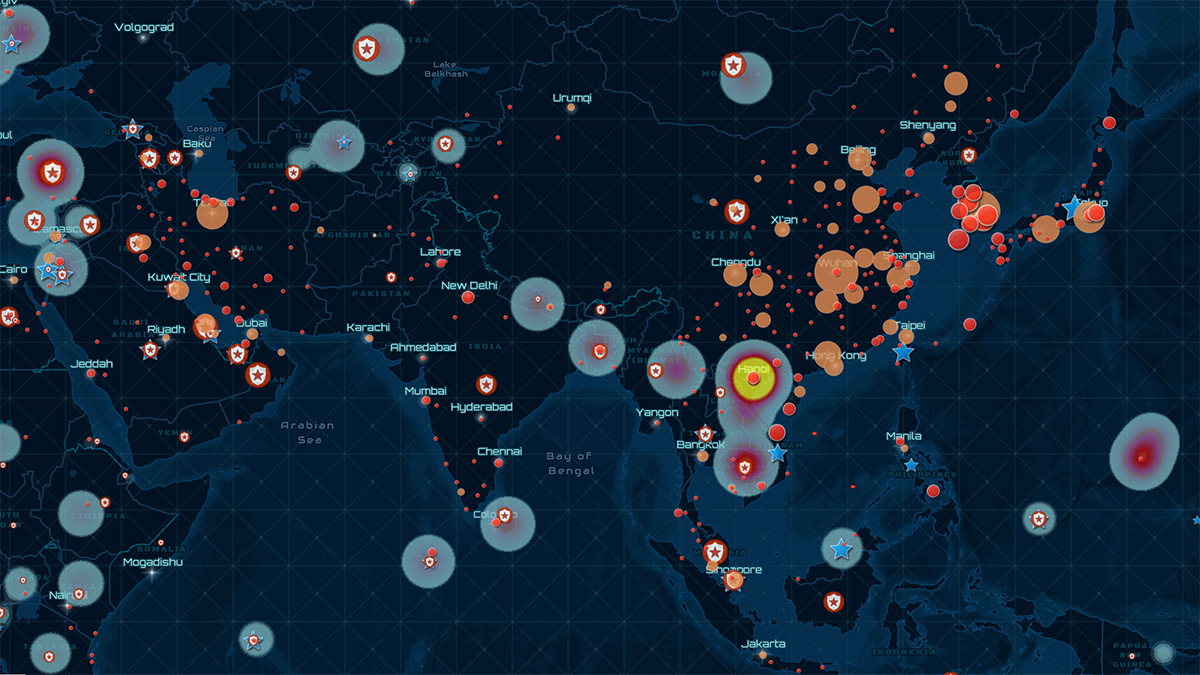 Vietnam reported nine new coronavirus cases on Sunday night, including one journalist and two cases related to Bach Mai Hospital in Hanoi, taking the national total to 188, according to Vn Express.

The 180th patient is a 27-year-old from Hanoi who returned from studying in France on March 20, transiting in Thailand. She was quarantined on arrival.

The 181st case is a 33-year-old who lives in Hanoi. He returned from Thailand on March 20 and was quarantined in an area of Ninh Binh Province.

“Patient 182” is a 19-year-old from Hanoi and a student in Switzerland. She returned to Hanoi airport on March 20, and was quarantined on arrival.

The 183rd patient is a 43-year old Vietnamese reporter who lives in Hanoi. She is the country’s first journalist to have been reported with the disease, and interviewed a French victim of the virus on March 12.

The 184th patient is a 43-year-old from Vinh Phuc Province who returned to Hanoi airport from Russia on March 25.

Patients 185 and 188 have both spent time at Bach Mai Hospital, while working for a company which provides food and services there.

“Patient 186” is a 52-year-old French man who is married to Vietnam’s 76th patient. In mid-march the couple traveled through Vietnam visiting Ho Chi Minh City, Hoi An and Hue.

The 187th case is a 30-year-old U.S. citizen who stayed in Hanoi’s Tay Ho District after arriving from a flight from London to Hanoi on March 13.

Twenty-five of Vietnam’s 188 coronavirus patients have now been discharged after being given the all-clear. Vietnam suspended entry for all foreign nationals from March 22.

The coronavirus has now been contracted by over 680,000 people worldwide in 200 countries and regions, killing over 32,000 people.

Vietnam to issue special “Together we prevent Covid-19” stamps