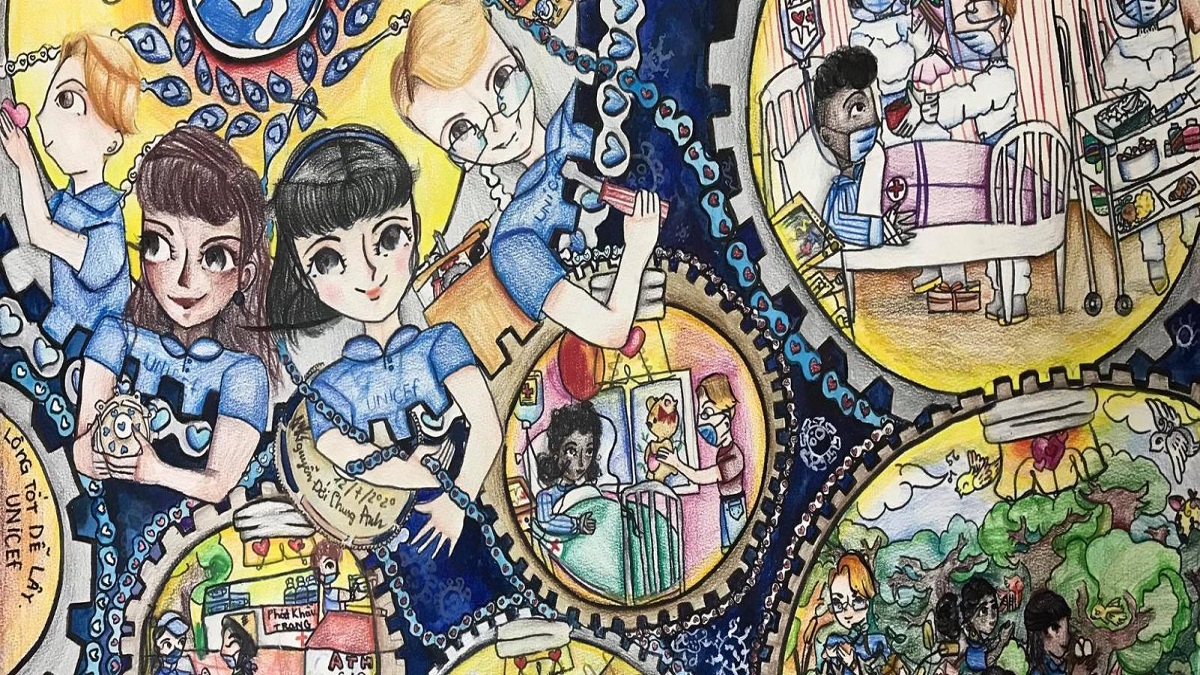 UNICEF has cooperated with the Ministry of Health and Nha Nam to release the illustrated book “Kindness is Contagious” in order to arouse love in the community during the epidemic period, Hanoimoi has reported.

The book is the result of a media campaign initiated in May 2020 to appeal to Vietnamese youth to show solidarity, altruism and sharing innovative solutions to contributing to mitigate the influence of Covid-19.

Three months since launching, the campaign has now attracted the attention of more than 65 million users of social networks, with 2 million people actively participating and supporting, of which there are many artists and social influencers.

The book selected 106 pictures from more than 500 works of children and young people nationwide who draw and share “kindness” at the same time. The pictures are vivid and colorful, while focused on kind actions, spreading positive thoughts, and good vibes.

The impressive pictures depict units on the front line fighting against the epidemic, as well as doctors and scientists researching vaccines, and drawings of rice ATMs.

UNICEF also announced a musical animated short film of the same name with cute images positive actions in the era of Covid.

The image courtesy of UNICEF

Related Topics:BooksCoronaviruscovid-19kindnessSocial Media
Up Next