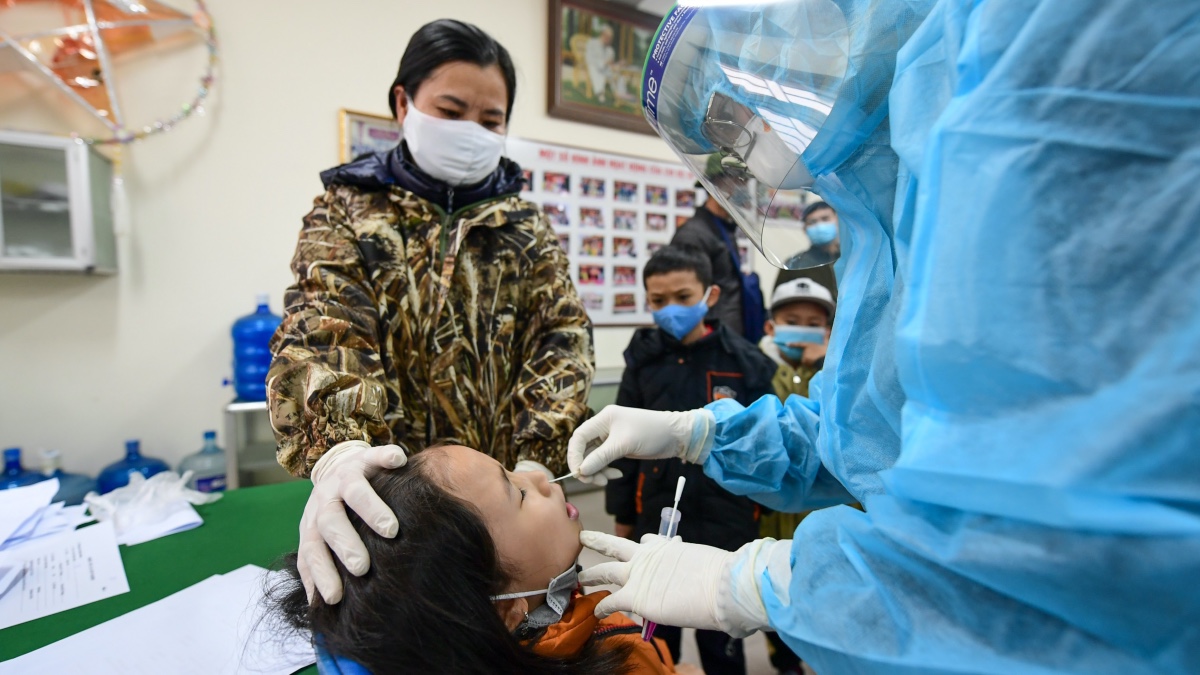 The 48-year-old woman has remained in self-quarantine since her return home. An executive from Hanoi Center for Disease Control and Prevention said the person after being discharged from hospital had isolated at home “so there is no risk of infecting the community.”

On Jan. 23, the woman and three family members travelled from Hanoi to Hai Duong Province, the virus epicenter. She was tested upon return on Jan. 24 and confirmed as the city’s 15th ‘third-wave’ case on on Jan. 31.

The patient underwent treatment at National Hospital of Tropical Diseases (NHTD) branch number two until Feb. 21, when she was announced as cured from the virus. A follow-up test on Feb. 24 returned as positive. She has since been re-admitted to NHTD for further inspection.

This is not Vietnam’s first ‘second positive’ case in the battle against Covid-19. As a possible explanation, medical experts speculate that there are virus residues remaining in the throats of these patients, triggering positive tests.

Hanoi maintained its streak without new community cases as of Thursday evening, with it going eight days so far. Since the latest wave started on Jan. 27, the country has registered a total of 828 new cases in 13 cities and provinces.

Worldwide, over 113 million people have been infected with the virus so far, including almost 2.5 million deaths.