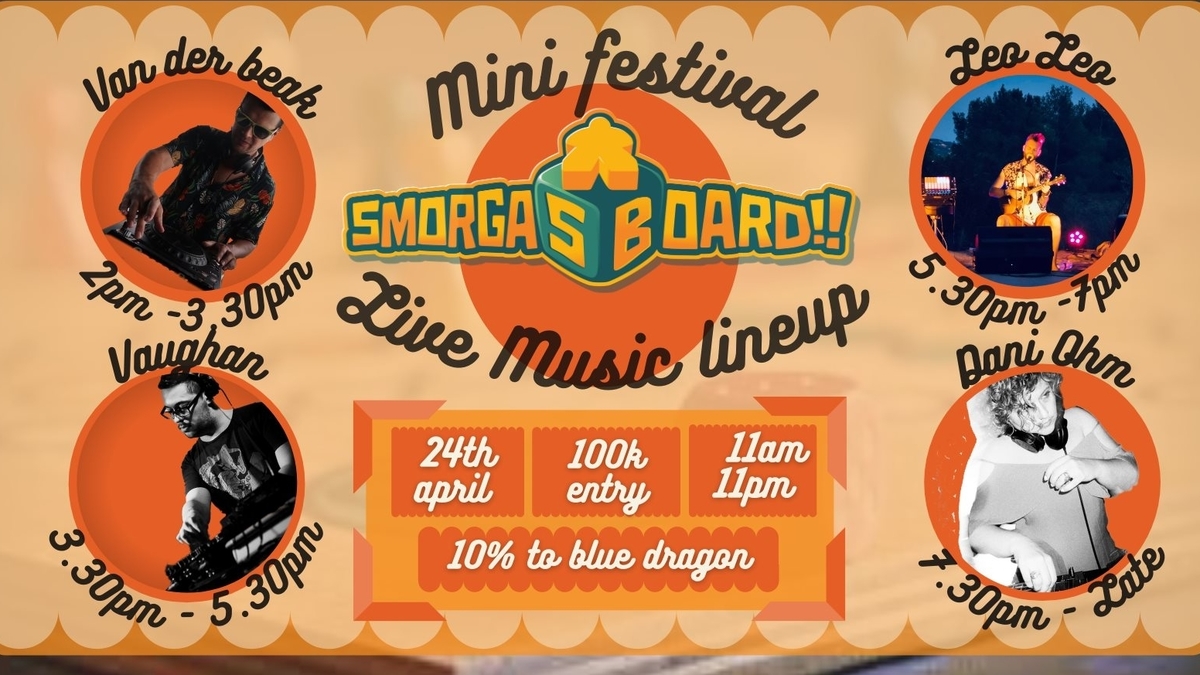 Hanoi is set to get its very own board game based on symbols, icons and landmarks littered throughout the city. The tabletop game “Same, Same,” put together by games enthusiasts Smorgasboard, is to be launched at an all-day celebration of board games, food and music at the 100 Beer Garden on Saturday, April 24.

For over two years the venue has been putting on some of the best outdoor events in the capital, highlighting everything from tacos and sliders through to Asian cuisine and dumplings, all paired with music and various outdoor fun. This time around board games are set to take center stage.

Having already put on successful events at NYC Pizza and Hanoi Cider House, Smorgasboard founders Kym Monroe and Phuong Truong have been arranging the mini-festival for several weeks and are excited about the community event.

“There are so many great events on in Hanoi these days, but a lot of them are centered around music and food, and that’s great but we wanted to do something a little different, though—don’t worry—there will be still be plenty of that,” Monroe said. “Board games are such a fun activity. You get to bond, kids aren’t left out and it’s really social. We have got pretty much every game that you can imagine. But obviously we are most looking-forward about launching ‘Same, Same.’ We have had a lot of fun putting it together.”

Indeed, Smorgasboard have not cut any corners in their board games collection with their vast array of games covering everything from “Carcassonne,” “Settlers of Catan” and “Scrabble” through to Patchwork, “Azul” and telepathic emotional-rollercoaster “The Mind.” They have almost 100 titles.

“If there is a game you really like and we don’t have it, just let us know and we will likely get in for next time around,” Monroe said. “We are always looking to expand our range.”

Same, Same’s the name of the game

In “Same, Same” players get a series of circular cards embossed with several icons from throughout Hanoi: be it the Hanoi train, Tran Quoc pagoda, thuoc lao, motorbike taxis, conical hats, local dishes and or even popular Vietnamese phrases. Though it is very easy to play—think a jazzed-up version of “Snap”–the game itself is actually based on a mind-bending mathematical formula. While each card has more than half-a-dozen symbols, every two cards have just the one pair that will match, and it takes time to spot it, which is essentially where the fun lies.

“We loved the idea in having a game that is localized and, I guess, celebrates the city in all its beautiful quirks,” Truong said. “It’s also a game that has no language barriers, which means our whole family can play, including Kym.”

Games aside, the event is set to see performances from local musicians and DJs from across the city, including Leo Leo, as well as DJs Dani Ohm, Vaughan and Vanderbeak.

The entry will include a raffle ticket with a host of prizes from local businesses such as The Fat Pig restaurant, Moon Yoga, NYC Pizza, Hanoi Cider House, 7 Fridays, Jafa restaurant, and Float Hanoi, , as well as unlimited board game play, with all raffle sales going to the Blue Dragon Children’s Foundation.

Food will be provided by the beer 100 garden at discounted prices especially for the day.

For those that want to try something a little different this weekend, a late spring afternoon of board games, beats, booze and food at 100 Beer Garden will be hard to miss.