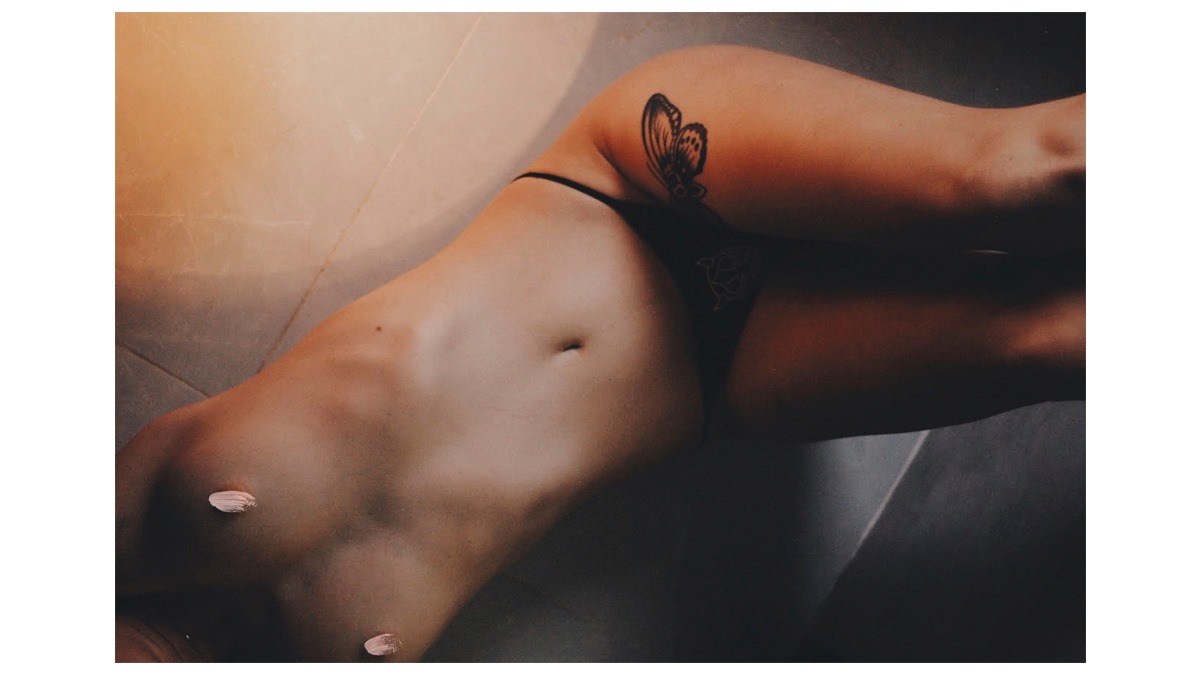 When photographers Julia Davigora and Patrizio Mancuso unveil their poster to Chào ahead of their upcoming photo exhibition, they let out a disappointed sigh. Seeing it for the first time in print, they notice the date is wrong. “The event begins on the 22nd of September, not the 19th,” Mancuso says. “How did we miss that?”

“We were drinking beers,” Davigora laughs.

Over the past year, the two photographers have set out to capture the undefined beauty of the human body, using models from all walks of life across Vietnam. In their upcoming exhibition entitled “sōmatika,” the two expat photographers wanted to combat the unnecessary pressure society puts on the naked body.

Their work is not explicit nor pornographic but expresses the vast complexity of the mind through physical movement and subtle body language. The title of the exhibition comes from the Greek word for “body.”

“We chose that title because we didn’t want to promote our exhibition with words like ‘nude’ or ‘body,’” Davigora says. “We don’t want to give people the wrong idea.”

Before photographing others in the buff, the two artists first explored their own relationship with their bodies. Ukarianian-born Davigora tells of a photoshoot she once did with a friend on Hanoi’s infamous Banana Island. While not the most popular tourist destination, the lush spot in Hanoi’s Red River is a tropical haunt frequented by a group of aging nudists who enjoy swimming in the river’s cool waters on hot summer days. Despite her nerves, Davigora allowed herself to be photographed by her friend in the nude for the first time.

“After looking at the photos, I realized I didn’t look beautiful or ugly,” she says. “Just different. Striking.”

Since then, Davigora has uncovered the confidence in not only herself but also in the models she directs her in photography. Some of her models seductively stare into the lense, others gaze coyly at something unseen behind the camera. No matter the body type or gender, each model stands tall, proud to celebrate their own personal, unique elegance.

Mancuso has yet to be photographed naked. “I am comfortable with my body but I also like my privacy,” the Italian photographer chuckles. “But I agree with Julia, nudity is a cathartic experience.”

“Patrizio, when are you going to be my model?” asks Davigora, flashing a jaunty grin.

Not surprisingly, the distinct allure of Hanoi has been a huge inspiration to the young photographers. The capital’s community allows for plenty of collaborative opportunities. In the face of Vietnam’s strict censorship laws, Davigora and Mancuso’s artistic careers still flourish due to encouragement from the Hanoi people.

“Both expats and Vietnamese are so supportive of our art. They always want to try or witness something new,” Davigora says.

“People are so open about art here,” Mancuso says. “If you can think of a project, you’ll find someone in Hanoi who can help you complete it.”

In addition to their nude photographs, Davigora and Mancuso are also premiering their collaborative photoshoot involving thirteen models. Some of the models knew each other, some came absolutely alone. A mixture of both Vietnamese and expats met the two photographers at an undisclosed location in Ha Dong district and readied themselves to get their kit off.

“There was a feeling of liberation during the shoot,” Mancuso says. “There is something in this process that is quite powerful.”

To help capture the ambitious shoot, Davigora and Mancuso enlisted the help of another Hanoi-based photographer, Daniel Nuderscher. Sadly, Nuderscher is unable to attend the upcoming exhibition since being stuck in Austria as a result of Covid-19 lockdown. Despite his current unfortunate circumstances, Nuderscher fondly remembers the love and mild hysteria during the shoot.

“I was amazed how comfortable all those people were being naked and how much energy there was,” Nuderscher writes via email. “At one point they were all dancing and it was just great to take photos of them being so comfortable. We all were very relaxed with each other, it was wonderful.”

“Being naked is natural, not extreme,” Davigora says. “My friend once asked why is the most natural thing in the world considered unnatural? This is what I try to explore in my art.”

“Everyone got dressed in a second,” Davigora says grinning. “Still, I think it was a success.”

“Running away from the people who almost caught us was one of the most intense experiences I had in the time I was in Hanoi,” Nuderscher writes. “It was marvelous and scary at the same time. I loved it.”

The sōmatika exhibition begins on Sept. 22 and runs for two weeks at W Square, a swanky pub located at 97 Trich Sai Street in Tay Ho. In addition to their stunning photography, Davigoria and Mancuso intend to include other events such as dance performances, live drawing sessions and an open photoshoot over the exhibition’s two-week period.

The two shutterbugs hope their work challenges the audience’s perception of their own bodies.

“Being naked is natural, not extreme,” Davigora says. “My friend once asked why is the most natural thing in the world considered unnatural? This is what I try to explore in my art.”

“I think more people should be comfortable being uncomfortable,” Mancuso says. “When you stop perceiving awkwardness as a terrible threat, you have a new superpower.”

Photography, like body language, is a form of nonverbal communication. Looking at the works of Davigoria and Mancuso is engaging in an in-depth conversation with words left unsaid.

Related Topics:ArtExhibitionsFeaturedNudityPhotographyW Square
Up Next