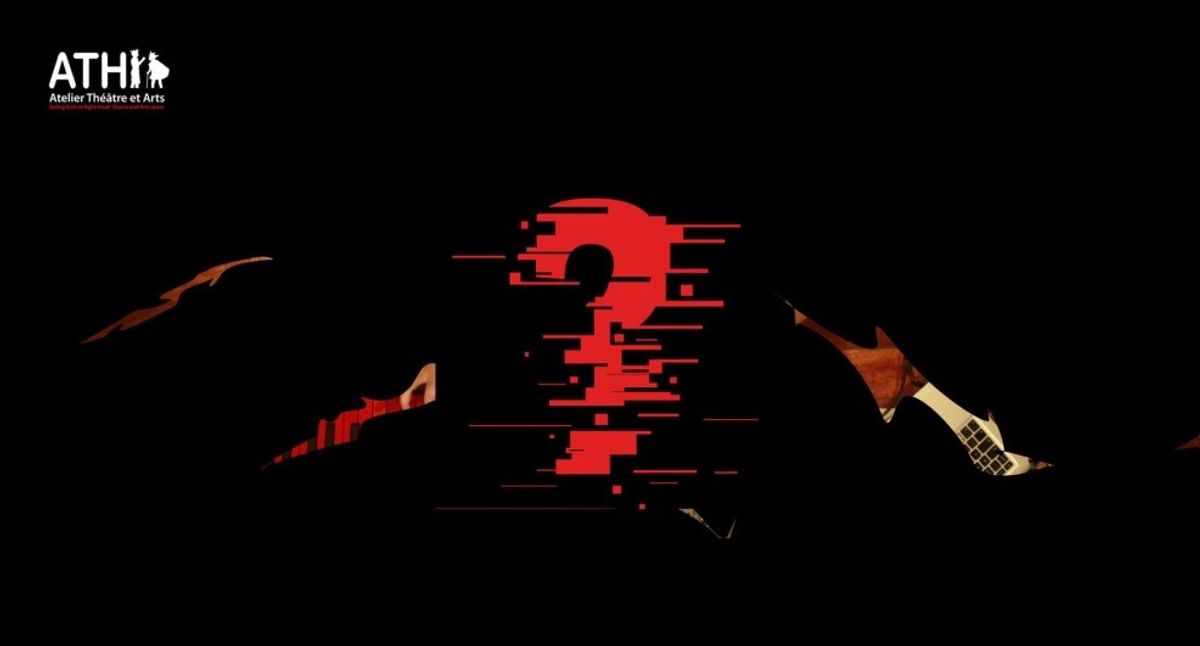 An ad appears on one of my social media feeds. It is oblique as it is unique, for Hanoi at least. A black, red and white flyer triggers memories of Berlin, Amsterdam and the London underground (the scene, not the rail network).

It is contrary to much of Hanoi’s gig advertising, which often reads like a CV rather than an event, and its PR business-like branding usually amuses me, being from a less formal, older generation.

The event is billed as “an experimental, musical and visual performance through Hanoi during lockdown.” During these strange last months, Matias Hidalgo (MnEd!, Rebel Monk), Emma Exton ( Luna Avem, Tao Meo) and Pocalipse ( The la Belle et la Bête’s) have been capturing video snippets of Hanoi, as far as the restrictions would allow them. Starting from this material only, they composed a multitude of musical and textural pieces, expressing their love for their adoptive city while paying an homage to artistic genres as diverse as ambient, concrete and industrial music, as well as Vietnamese folk songs and poetry.

Nevertheless, as the date nears, I am half-hearted – this could easily be a shamerture-dramatic painful experience – I momentarily dread the possibility of being locked in a room with screechy strings and some wailing vocals. At least I’m accompanied by Carlos Ottery, local wit, and stunningly handsome editor of Chào, but alas, he shares similar doubts about the event.

Arriving at the venue, I am immediately reassured by those colors: red, black and white – along with high-quality imagery and photography that surrounds the entrance. So far, so good. We are invited to remove our shoes and step into the dark and follow a UV lit drape. This is followed by a considerable ascent of a sizeable spiral staircase. Along the way up, an image of Nietzsche catches my eye and I already begin to question ‘why am I here?’

The small audience is ushered quietly into a chamber, after a few moments of silent anticipation. We step into an ambient gloom. I find myself a comfortable chair towards the back wall and feel secure, with one eye on the door. Others sit in front of me on cushions. In the near darkness, in front of the now seated spectators, a trio of art-noir monks and nuns squat; all in black and behooded. A low-lying table of electronics and acoustic instruments are merely highlighted by the glow of a novation launchpad and power lights from various effects pedals. The whites of their eyes look downwards as a low droning ambience emits – from somewhere?

It is more peaceful than initially predicted, the audience settles and I close my eyes and listen. It is mediative. Slowly a performance and a video screen flicker with a GoPro’s-eye view of familiar motorbike rides through Hanoi city.

Why am I here? Why am I still here in Hanoi? Its paradoxical ugliness and beauty immediately are relayed via simple visuals. This is lo-fi Koyaanisqatsi (Google it, kids!) Beautiful music is played by three Europeans and a Latino to images of heaps of burning rubbish.

Each scene and set abruptly cuts. The music suddenly stops and does this regularly throughout the performance. It is Hanoi – the artists have encapsulated it perfectly. Rush hour traffic; then a sudden sunset over Westlake. Belle a la bete – beauty and the beast. Images appear of the exquisite decay; crumpling remnants from former colonizers, the day-today ochres are now accompanied by a beautiful young Vietnamese singer, her voice heard first, her silhouette in the dark, previously unnoticed. We are served small cups of green tea in the traditional manner of Vietnam by a hooded man from Chile.

Many of the visuals document the lockdown era of the summer of 2021. A long voyeuristic shot down a confined alleyway detail two kids playing badminton, whilst a random man wanders in and out of the picture, with a book. It is unclear if he is memorizing a play or checking water meters, whilst another man sports a full-body yakuza style tattoo and sporadically jumps as a star and then wanders off once more. A reverberant violin in the room simply traces the action of the shuttlecock – this simple, familiar and restricted view of lockdown life – still manages to fascinate and hold my concentration; it is mesmerizing.

The performance could have so easily gone the other way, these are skilled crafts-folk, attention to detail paramount. This may well have been one of those rambling scrambles of unpleasant and unguided ‘art noise’ – all screeches and squeaks. But, as much as the music jumps from the ambient to the speedy melodia of Terry Riley or Philip Glass – these experts deliver, and they deliver with sheer delight.

The intimate near hour-long performance audio-visually satiates, whilst leaving deep contemplation on all that we have collectively been through these last few years living in Hanoi, and more specifically the last months being ‘blocked’ by a virus.

I hope I don’t speak too soon, but it is a relief to be out once again, to share and embrace our surroundings — to be immersed.