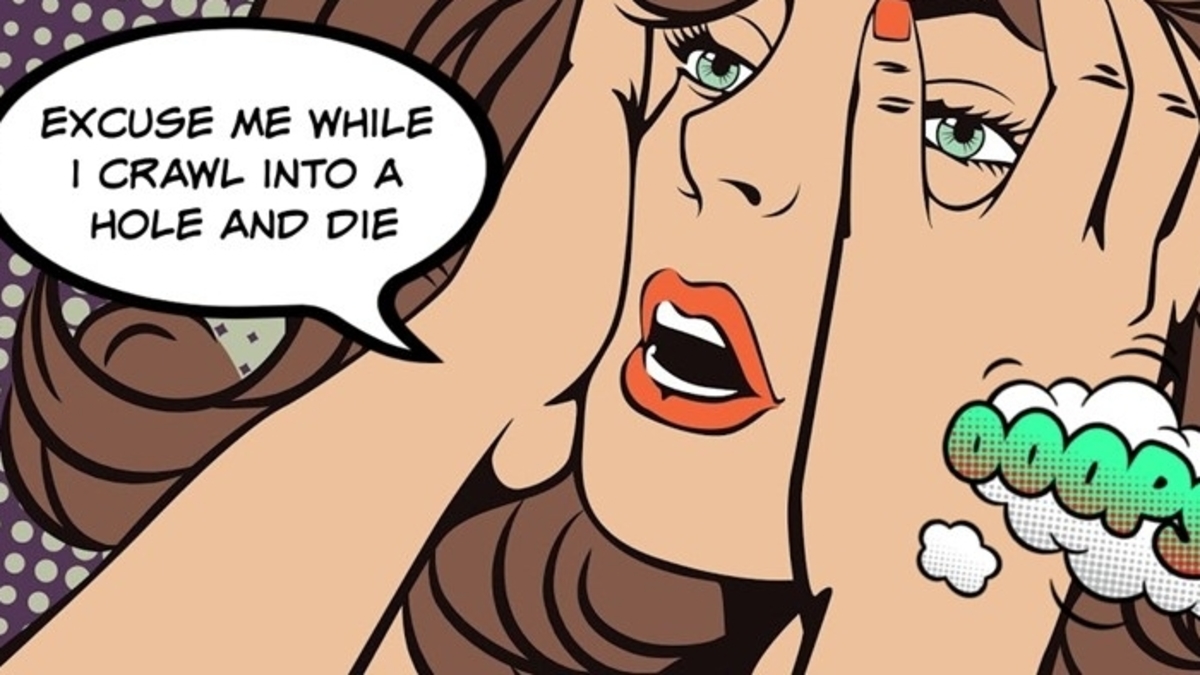 Vietnam’s capital is beautiful in a million ways and more, but a quick glance at social media or even the most cursory chat with any woman living here and you will find complete agreement: dating in Hanoi is a hellscape. Online comment sections are littered with examples that show for women in Hanoi, dating experiences are nothing short of abysmal.

On being asked about the dating scene here, one woman summed it up with a succinct GIF: a woman falling flat on her face into some hard concrete. Oof! But are things really that bad or are folks simply hamming it up for comic effect? Chào decided to do some digging and asked a few women to share their stories. Some of them will make you blink, not once but twice.

“It’s really that bad” insists Jorah Collins, a 32-year-old college counselor, in between hearty bites of a banh mi. “I mean, I’ve been on 20 Tinder dates just this past year and not one of them turned into anything real— ghosting sucks!”

But what could be the root cause of this collective misery? Well, Hanoi is home to a whole mix of people. And therein might be the problem. When these communities intersect in the dating world it actually creates an imbalance, at least in the heterosexual world.  Meaning, while interest between foreign men and local women is strong and they are a commonly seen pair, foreign women and local men (for whatever the reasons) rarely get together.

So while expat men seem to have their pick of the litter from both sides, spoils for their female counterparts are decidedly scantier.  It’s no wonder then that, with attention coming from all directions, some guys develop a bit of a God complex— namely that of Adonis. And what’s a bit of ghosting or worse to a man who deems himself a beautiful God? Probably nothing. But to be fair, transience is also a big part of living abroad and fluid lifestyles could be making people deign to commit.

Collins’ difficulties may stem from an entirely different challenge however — her choice of platform. Whilst tales of Tinder woes are a constant, one is inclined to wonder what people expect. Wasn’t its genesis as a hook-up app? Isn’t it known for tales of dashed expectations? It is hardly a place for fairy tale endings.

One date asked if they could “do it while my friend watches,” and if that didn’t take the cake, imagine her dismay when another asked her to wear an Ao dai during the act.

And perhaps that is why Katya Devin, a language therapist from Prague, thought she could trust an offline interest. After observing him from afar and a few solid dates, Devin felt she knew her solitary and introspective new beau well enough. But such feelings were short-lived. She first began to suspect he wasn’t exactly “Honest Abe” after discovering that a notebook he said kept for journaling hobby was, weirdly, page after page of to-do lists. “Why lie about such a small thing?” Devin mused. She never quite got an answer but did find out this little lie was just the start. When stories about his cheating became many, she reached her boiling point. “I will not be a part of your harem,” Devin ultimately declared and walked out the door.

Yet, the dating landscape here even falls short for those who aren’t looking for a fairy tale ending—those who simply want a few nice dates and not too much more. Hanh Nguyen, a cheerful 20-year-old student in Hanoi, has met countless men who immediately asked for sex or sexual favors. Sometimes it happens before the first date has even been booked. One date asked if they could “do it while my friend watches,” and if that didn’t take the cake, imagine her dismay when another asked her to wear an Ao dai during the act. Now while Hanh’s profile indicates she is fine with something casual, it does not indicate that she is up for being used as a cheap sex toy, nor a tool of a creepy, racist fetish. Though not prudish, she still rightfully expects to be treated with a modicum of respect. Use of the word casual in her bio might be attracting freaks, it’s hard to say. “I don’t know,” she sighs with exasperation. “Maybe I’m just fishing in the wrong pond.”

Lexi Amado, a bona fide Texan and kindergarten teacher, has also stepped in some nasty puddles. A recent match on Badoo wasted no time creeping her out. “Afraid I’ll lock you in the basement with the others?” he messaged after she declined an invitation over. When Amado explained she doesn’t go to strangers’ houses and especially if that stranger is a man, he told her not to worry. “I just want to kidnap you and use you as a domestic slave that’s all.” Really.

Perhaps out of morbid curiosity Amado didn’t sign off right away. Regardless, the man didn’t seem to need much to embolden him.  A declaration that he likes “hunting big game” and hopes that she would “keep the hole in [her] face shut” so it would be easier to have his way clinched it for her though. If the serial killer vibes didn’t do the trick, the body shaming/misogynistic innuendos certainly did. Amado responded with “toodles” and that was that.

Thao eventually concluded that western men were more her jam, finding an English Knight with whom she now lives in marital bliss

Mia Li, a 25-year-old nurse from Singapore has bright, mischievous eyes and a curly mop to match. She looks wily, but in a good way — like a fox. Unlike in so many cases, Hanoi’s dating scene is the right place for her to find exactly what she wants. Namely, a bit of fun with a healthy dollop of kink on the side. A self-proclaimed ‘sub’ in search for her ‘dom’ she once invited a man over in Tay Ho to play out a risqué game of, erm, let’s call it home intrusion.

“I gave him my address and left my gate open,” Li tells Chào with a cheeky grin. “I told him how to get up and which bedroom door was mine. Then I waited for him with my eyes closed. I didn’t even see his face until after he had been teasing me for like 15 minutes.”  Finally, a Hanoi dating success story! Kinda. Her breezy tale is enough to make anyone think they need to spice it up a bit more.

Although Li is, perhaps, an outlier, she isn’t alone. Some women do get what they want. Thao Tran for example is ——more or less— satisfied with her dating life. But even Thao’s path to Holy Matrimony didn’t come without its trials. She’s had to swat away a myriad of men who “wanted to start a family right away.” One such man seemed suitable but lived in a small village, and as a city girl she could not imagine life amongst the “ducks and the chickens.”

She says that most local men actually don’t take a liking to her however as she is “big and tall.” Looking at her through a Zoom screen and it is easy to be skeptical. Big is not an adjective that comes to mind. Perhaps tired of being seen as a larger woman when she is patently not, Thao eventually concluded that western men were more her jam, finding an English Knight with whom she now lives in marital bliss. One hopes she doesn’t have to spend too many nights in front of the ‘telly’ drinking cheap lager.

Clearly, not all women fail at dating in Hanoi, despite all the anecdotal horror stories.

So just what is the key to dating success in the nation’s capital? Whether on or offline it seems to be a treacherous endeavor. Choosing the right platform for what you’re looking for could lessen the dangers. Knowing what you want also doesn’t hurt (just ask Mia). But managing one’s expectations is probably in order. (Let’s face it, people can be shits). So to those who are still in the game, keep your heads up! To Katya, who loved and lost, don’t give up! To Hanh who keeps catching pond frogs, maybe try the river next time? And to all the brave women who are putting themselves out there, keep avoiding those creeps and hold out for the gems. There are sure to be some.