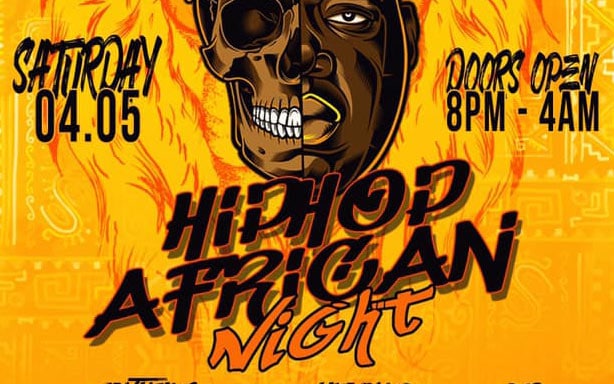 Such another great moment to introduce to you a new scene of music at its best. Hip hop / Africa Music Night featuring some great rappers and Vietnam base African

Such another great moment to introduce to you a new scene of music at its best.
Hip hop / Africa Music Night featuring some great rappers and Vietnam base African band in Hanoi.

Maurice Ager who is from America, born and brought up in Detroit, grew up to be a basketball player, He played in the NBA and he was one of the best at what he does.
But yet his love for music was still there. He has some of his tunes out there in some platforms,
He will be bringing the best part of Hip hop to you.

Zak Balogun from England 🏴󠁧󠁢󠁥󠁮󠁧󠁿 He is a Rapper of its own kind, kills the show anytime he goes on stage.
He has been making Hip hop music right from his Childhood and has never fail to keep the crowd up to their feet 🦶. He is a Teacher, a Musician, and love making people happy 😃.

Harry Ixer the Hilarious Rapper that likes stealing every show and walks away like a Boss of who he is. Cant stop loving this Dude. He is putting up his strategy to steal this show you don’t want to miss him.

@King Louis and the Revolution a Hanoi base band they have never failed in delivery the best of reggae afro tunes. They will be giving us the best of what is cooking hahahaha best African music and a mix of Reggae in it.

DJ Doanhbo a Unique Dj with a Unique style of music. He is the best Hip Hop Dj in Hanoi playing the best 80s and 90s hip hop the best you can listen.
He never fails either he keeps a standard that most djs are unable to reach.

The night is going to be the best Hip Hop african Music Night you will ever witness. For bookings contact us on 0936090257