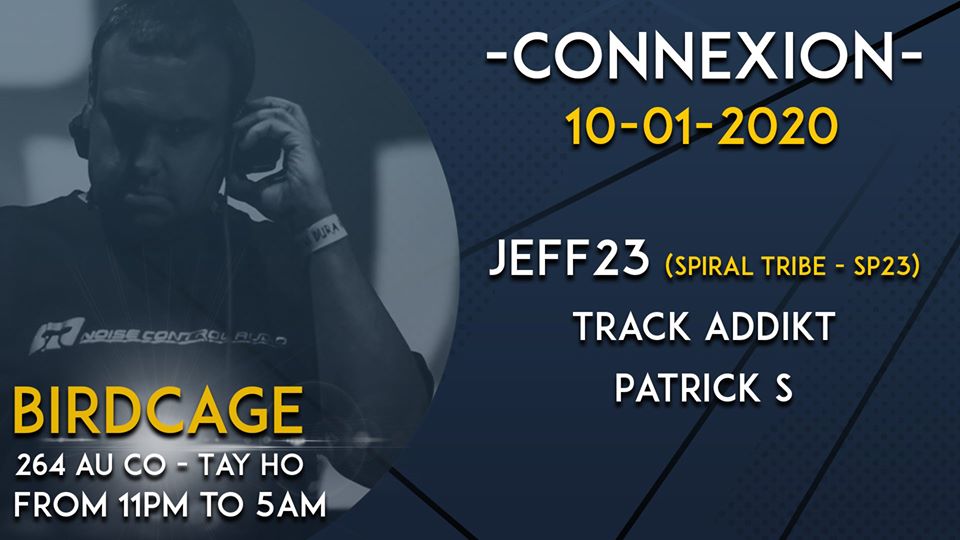 Jeff 23, alias DJ Tal, is a member of the Spiral Tribe Sound System, the crew recognised as the biggest legend of the European free party scene and considered Forefathers

Jeff 23, alias DJ Tal, is a member of the Spiral Tribe Sound System, the crew recognised as the biggest legend of the European free party scene and considered Forefathers of the underground electronic music scene in Europe.

It was the early 90’s that the crew started to organise illegal underground parties in fields, abandoned warehouses and disinfected buildings, he also appeared on various famous pirate radios in the UK early 90’s, and within a few years gained enough recognition to be able to play all over the European scene : UK, France, Italy, Germany, Spain, to name just a handful…
Ever since, DJ Tal /Jeff23 never stopped and now performs all over the planet from big club events, festivals, raves to his initial passion: underground warehouse parties.

Currently on a Tour in Asia including Thailand, Japan, Cambodia, India (Goa) and of course Vietnam, he will be the host of CONNEXION for an exclusive launching event held at Birdcage.

CONNEXION is an organisation that aims to unite the underground techno scene of Europe and the Vietnamese one by creating live events hosting the best DJs of both sides of the world, parties where everyone can enjoy deep musical trips in a welcoming an open minded setting.
After this launching event, more are to come, hosting equally amazing guests !

Entrance fee : 90K
Don’t miss the opportunity to assist to this rare live !