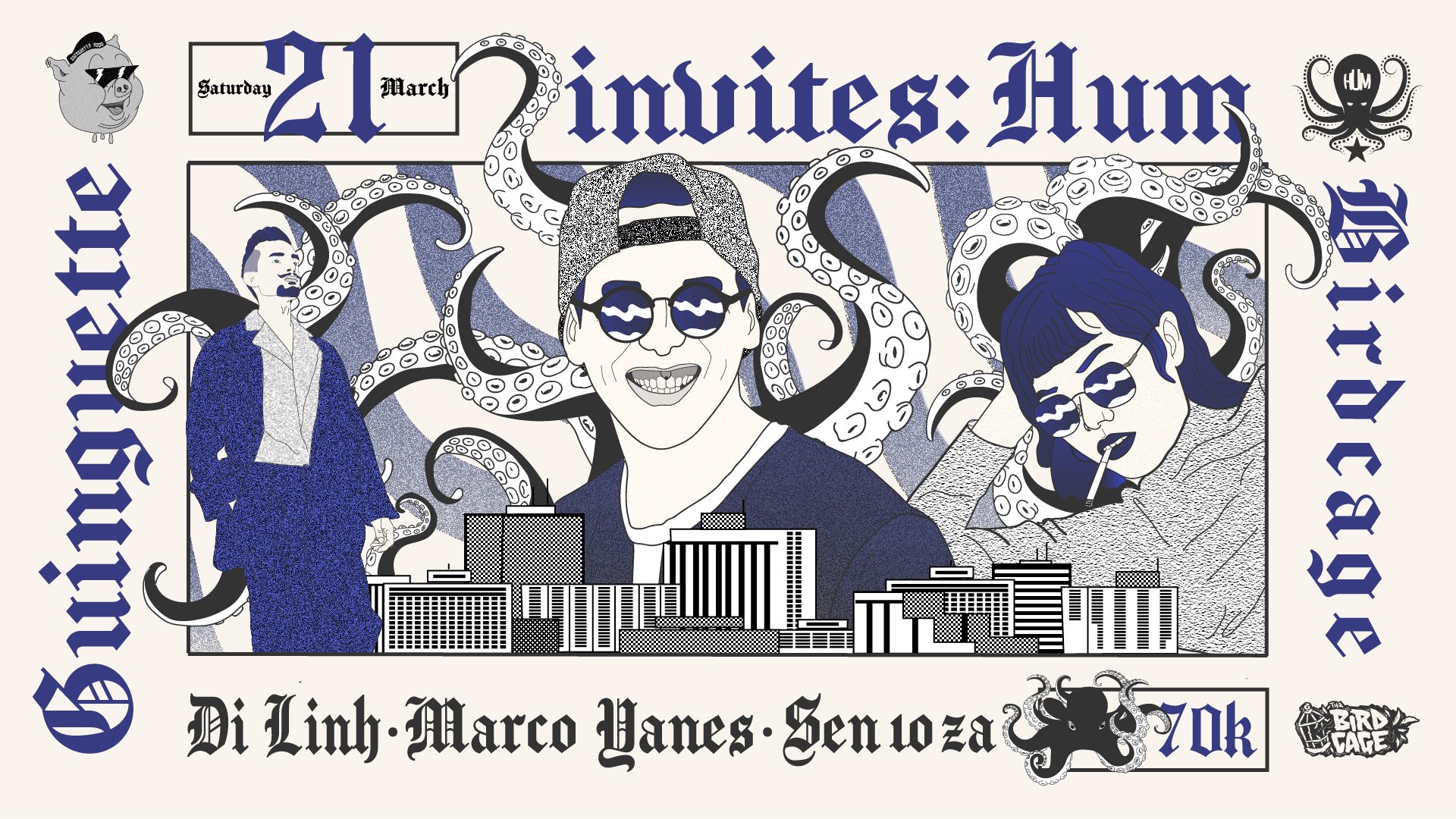 Guinguette 3000 comes back to BirdCage for another underground music delight. Hanoi’s cold atmosphère is giving way to the heat as HUM enters the cage with the infamous duo that throw their blast on Epizode’s, Di Linh and Marco Yanes. To support them, a Guinguette regular will launch the party and leave the Octopus lead a full night madness.

Di Linh is a young artist from Vietnam. Since she began the musical path, she has been making her mark by the diverse and colorful music selection. She is a part of Hanoi Underground Movement (HUM).

Till this day, Di Linh often plays in familiar places like Savage, Kobala, Smack Dab,..
And the highlight of her music career was her performance in HUM Showcase (Epizode) with Marco Yanes, which also mentioned in the offical review from Data Transmission:

Each space gives her different inspirations, Di Linh is always looking and developing herself to give the audiences a fresh feeling, while still retaining her own unique color. She knows how to lead the audiences’ emotions into her own story, then leave a strong impression after each set through a variety of sounds such as Disco, House and Techno.

Marco Yanes is an italian artist , became known for his residency in Ibiza’s party scene. His favorite sounds are
deep, dark, psychedelic and intense Minimal Techno genre that will take you away for a journey and this musical trip would definitely remain engraved in the minds and souls of the party crowd.

Founder Of HUM ( Hanoi Underground Movement ) A little comunnity and events projected to growth of the underground music scene in Vietnam.

Sen10za made his debuts in the Portuguese underground Scene in early 2017. Where he quickly got the attention for his colorful Techno selections. Then Entered Hanoi Djs circle in the insane duo Funky 69. Bringing the most un-expectable funk and soulful music sets, with rare high energized tracks.

On his own, SEN10ZA is leading the crowd in a much personal journey through many genre that composes him (House, Acid, Synth Wave, Electronica and Techno) He remains as unpredictable as he used to be within his previous duo. His energy is highly feed by the dancing crowd, he’s living to thrill behind the decks.