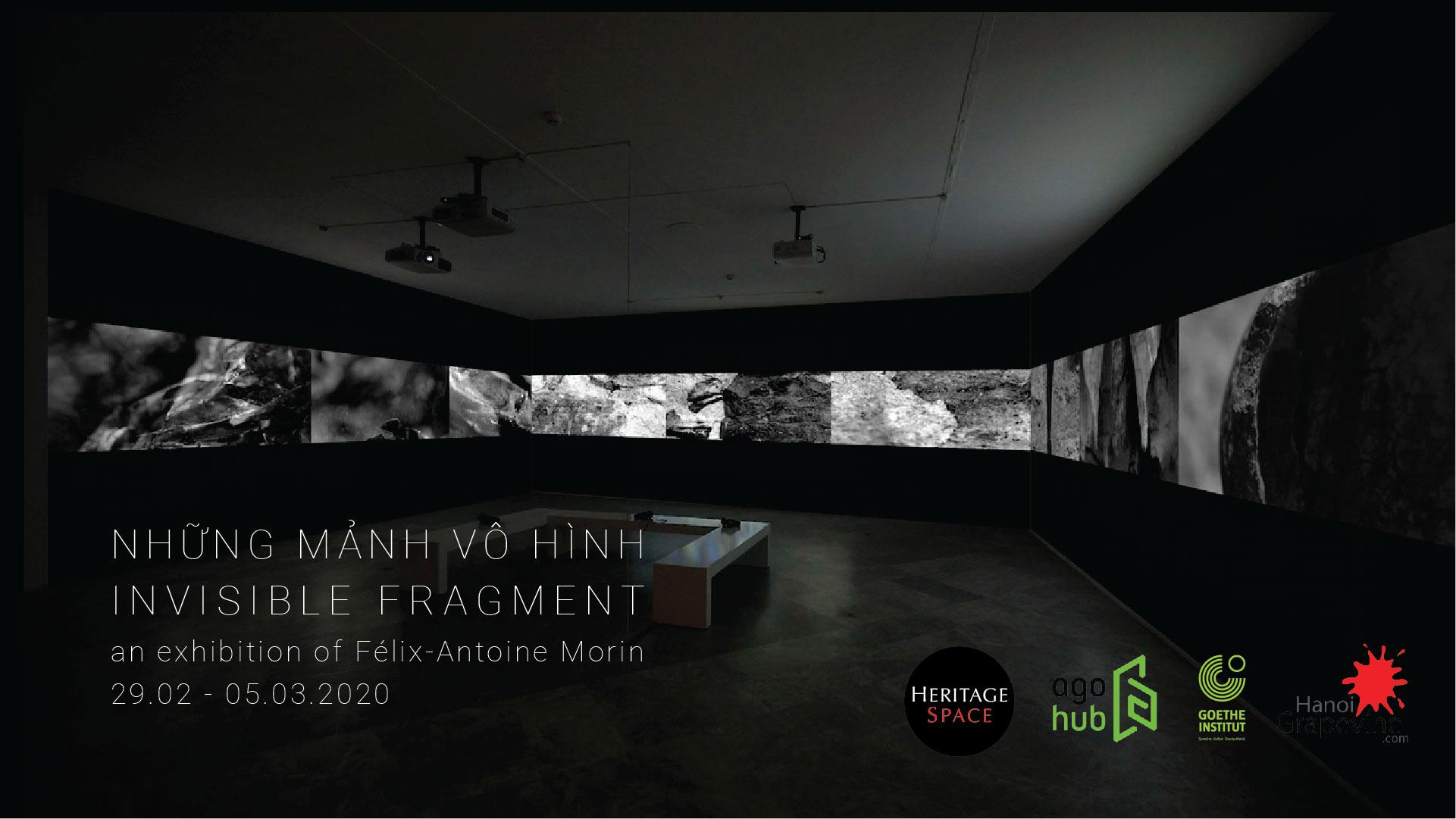 Invisible fragments is a scalable audio-visual installation that unveils several miniature territories, whose details, inaccessible to the naked eye, become objects of contemplation under the camera-eye.

As the camera roams and probes these territories of the infinitesimal, the work gradually sediments into a microcosmic universe, evocative of an aesthetics of the sublime whose scale of perceptive grandeur transcends everyday references. Through a process of poeticization of these unsuspected infra-worlds and supra-worlds, the camera-eye allows one to perceive at the same time as it re-maps different worlds sensitive to manifold movements. From the realities of the textures and the reliefs of these environments filmed in macro are born fictions in which perception and imagination are in constant dialogue.

The spatialized sound tracks that accompany the images are purely subjective and seek to create a synchrony with the unfolding images. The use of combined sounds in this installation makes it possible to link heterogeneous spaces. The aesthetics of this installation aims to explore possible complexifications of the relationship between time and space, visual perception and auditory perception, optical source and sound source.

More information of the exhibition and artists at: http://bit.ly/2Sziw52

The exhibition and program received generous supports from the Goethe-Institut Hanoi, AGOhub and Hanoi Grapevine for being media partnership.

© The photo and video on banner are courtesy of the artist Félix-Antoine Morin.

Félix-Antoine Morin studied visual arts at UQAM and electroacoustic composition at the Conservatory of Montreal (Canada). In 2008, he won a JTTP award and in 2012, he received the Joseph S. Stauffer award from the Canada Council for the Arts. His works have been featured in several national and international events. He is also a founding member of the Kohlenstoff Records label.
More about the artist at: https://felixantoinemorin.com

Kim-Sanh Châu is a Vietnamese-French contemporary dance artist, based in Montreal (Canada). Trained in dance at Paris 8 (France) and UQAM (Canada), she also holds a Master’s degree in finance (ACU/Australia, Aarhus University/Denmark et Harvard University/USA). Her choreographic work has been presented locally at l’Arsenal, Tangente, MAI, Accès Asie and Quartiers Danses festivals; as well as internationally at SIDance-HOTPOT, Sejong Festival (Korea), Europe Meets Asia in Contemporary Dance, Krossing Over Art Festival (Vietnam), Dancebox and RAW Art Space (Malaysia). Châu is also a screendance filmmaker. Her work, mostly collaborative, has been screened in Canada, Colombia, Germany, France, Italy and Vietnam. In 2017, she was awarded Best Direction 2017 by Festival Quartiers Danses for Inner Smoke. Finally, Châu is Artistic and General Co-director at Studio 303 (Canada), and an associated artist at Equivoc’ (Canada).
More about the artist at: https://kimsanhchau.com