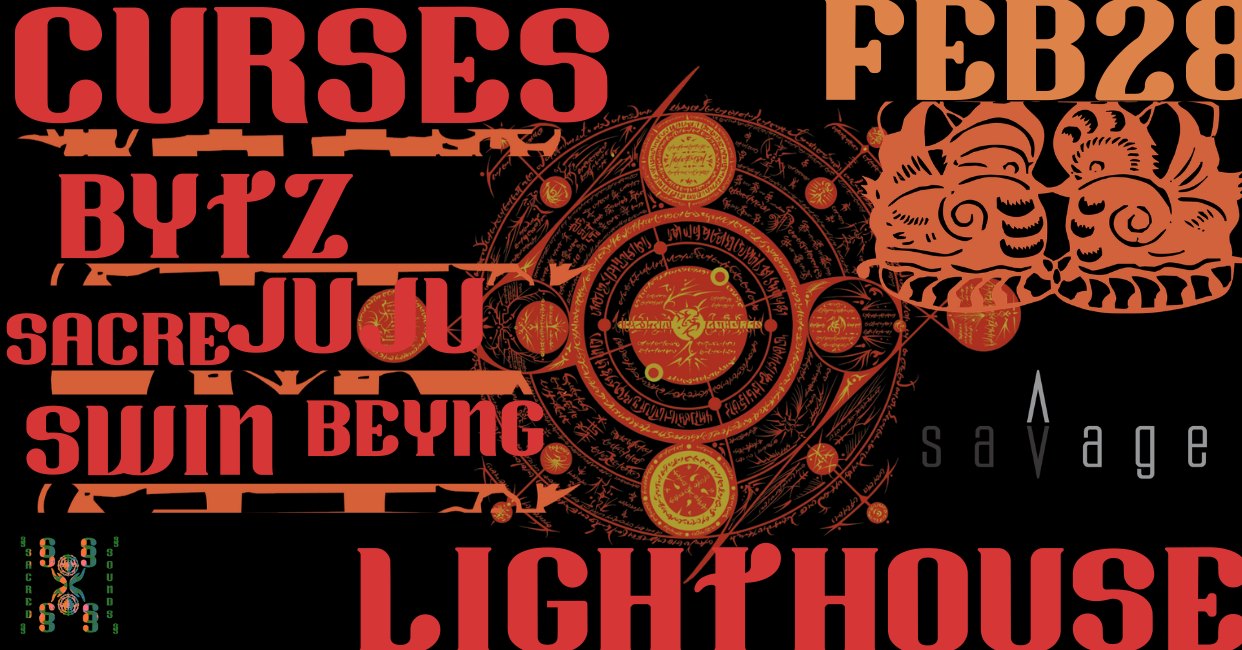 This one is for the creatures of the night, who bounce when we hear the howl of dark devil disco. Call it what you want – Nu Disco with Indie

This one is for the creatures of the night, who bounce when we hear the howl of dark devil disco. Call it what you want – Nu Disco with Indie Alternative vibes, 1980s electronic waves, tremble worthy guitars married with a world of synth … vocals building a nest in your ear to haunt you later. Sacred Sounds and Savage residents offering full support in rinsing you on the dance floor.

Curses was born to make you dance, fall to your knees and plead for more.

“The New Yorker Berlin based Curses is known for blending Rock & Roll with the darker side of Disco. Incorporating his ghostly vocals and guitar with flashes of EBM, New Wave, Post-punk, and psychedelic synth vibes”

Sacred Sounds have been building momentum since igniting at Sacred Hill festival. We are and have collaborated with collectives such as: HANYA NIGHT // Lotus Eaters // Defused Mood // Moon Bass // Shook // Lucid // Liquid Hive. We have brought you international DJ dance floor owner Bawrut /// Sacred Villa Festival /// and most recently …

With great please we collaborate with Savage on this special event. Having given a home to all kinds cutting edge sounds in Hanoi since 2016, they dont believe in hiatus until their next inception.

We throw themed events for the sacred hearts who, like us, worship music // art // nature. We value inclusion and collaboration. Creating spaces for next level artists to join us off the beaten track in Vietnam. Join us.