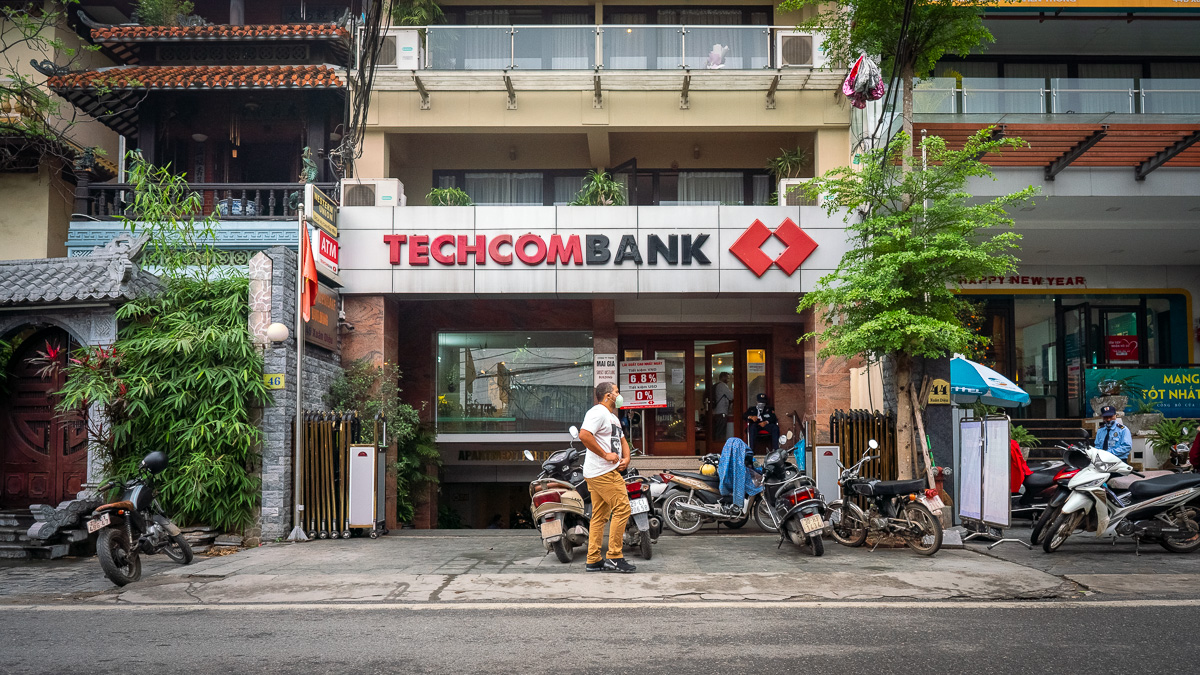 Vietnamese bank Techcombank has announced they will be severely limiting their services to foreigners as of March 22.

On Saturday, many foreigners with accounts at the Vietnamese bank received a text messages from the bank saying, “From 22/03/2020, to comply with regulations on foreign currency and VND accounts, Techcombank will no longer provide online remittance services via eBanking/ATM/CRM/eWallet. Please be at the counter for transaction service.” The text then gives a link to more details.

Chào  has made enquiries at the bank and they have confirmed that internet banking will no longer be available for foreign account holders (both resident and non-resident), card transactions for goods and services will be halted, as will bank transfers to other accounts. These restrictions will apply to “residents and non-resident customers of foreign nationalities, and “non-resident Vietnamese nationals.”

If Techcombank follows through on these service restrictions, account holders there will effectively have their cards reduced to only being functional as debit cards to withdraw money from ATMS, and virtually all banking transactions will have to made in the bank with cash.

On their website, the bank cites the changes as being in compliance of State Bank of Vietnam’s Circular No. TT16/2014/NHNN, which is confusing as that circular took effect on Sept. 15, 2014. Even for a bank, taking five years to enforce a regulation seems slow, and on top of this thus far Techcombank are the only bank reported to have enforced such restrictions. A state bank circular would usually be expected to followed by every state bank in the country.

Further to this, Chào  has read (a translation of) circular TT16/2014/NHNN and it does not appear to recommend any restrictions for online banking. The move also seems out of sync with experts in Vietnam who have widely been encouraging service providers to avoid using face-to-face banking services where possible to help stop the spread of Covid-19. Vietnam has been so careful to limit the spread of the virus that it has even asked banks to literally disinfect their hard cash.

Techcombank account holder and long-term Hanoi resident Dan Dockery told Chào that he was stumped by the move.

“In 2020 our personal financial management process will inevitably return to our strategies of 1997…pop it under the matress.”

It is unclear why the bank has made the changes, and it in what may feel like a cruel parting shot to some account holders the bank notice says: “We ask you to bear in mind these changes so you can manage and conduct your payment transactions in the most convenient manner.”

The State Bank of Vietnam Tuesday reduced interest rates to lessen the liquidity impact of Covid-19.

Related Topics:CoronavirusFeaturedVietnamese Banking
Up Next

FM: everyone in Vietnam must wear facemasks in crowded areas