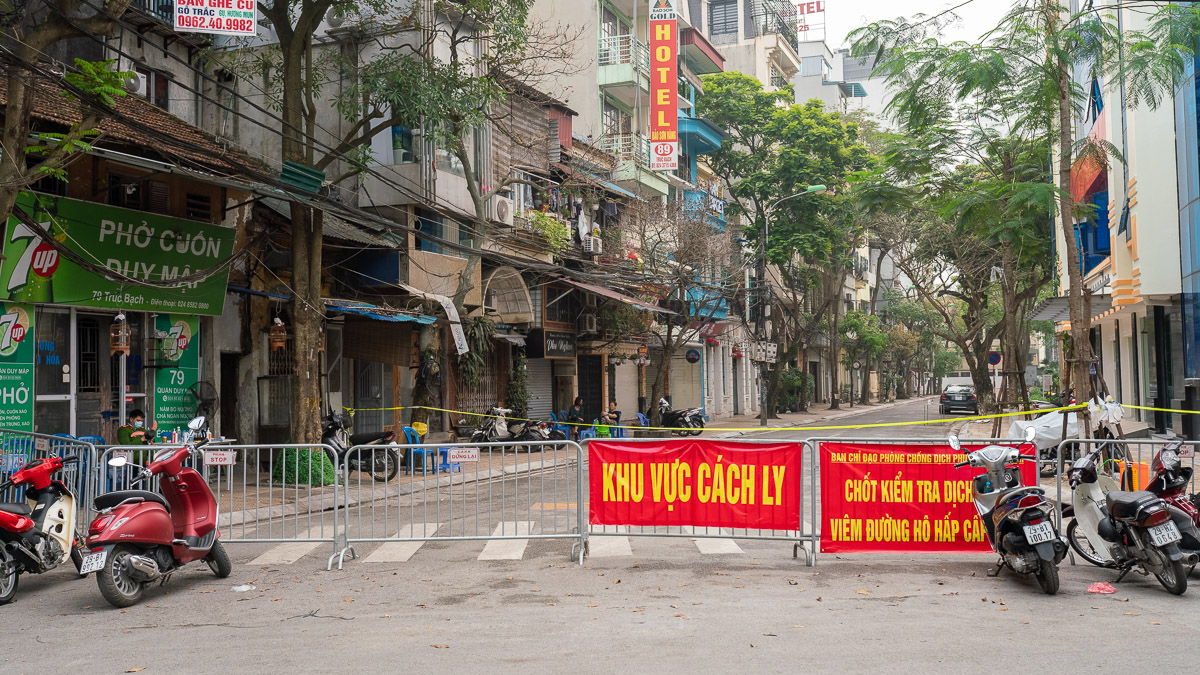 A woman in Hanoi has been fined after leaving her quarantine, DTI News reported Thursday.

The 25-year-old student was issued a fine of 10 million VND (about 440 U.S. dollars) by local authorities in Hanoi after escaping from quarantine to try to fly to London.

The Ministry of Public Security said that the fine was handed down to the woman on March 25, as she was attempting to leave for the U.K. after not having finished her 14-day quarantine.

Long Bien District People’s Committee Chairman Nguyen Manh Ha said that the woman had been quarantined at home since March 14 after returning to Hanoi from the U.K, but on March 25 she was found trying to board a flight back to Europe at Noi Bai International airport.

“Police in Long Bien District were sent to the airport to bring the student back to a centralized quarantine area,” Nguyen Manh Ha said. “She was also given the highest fine applied for such cases.”

On March 25, Hanoi Chairman Nguyen Duc Chung said that the city was at a critical moment in terms of the virus spreading and ordered the closing of bars and ktvs as well as the holding of weddings and funerals in the municipality to stop the virus gaining ground.

He ordered a temporary shutdown of entertainment spots such as bars and karaoke bars, and a ban on the holding wedding and funeral ceremonies in the city.