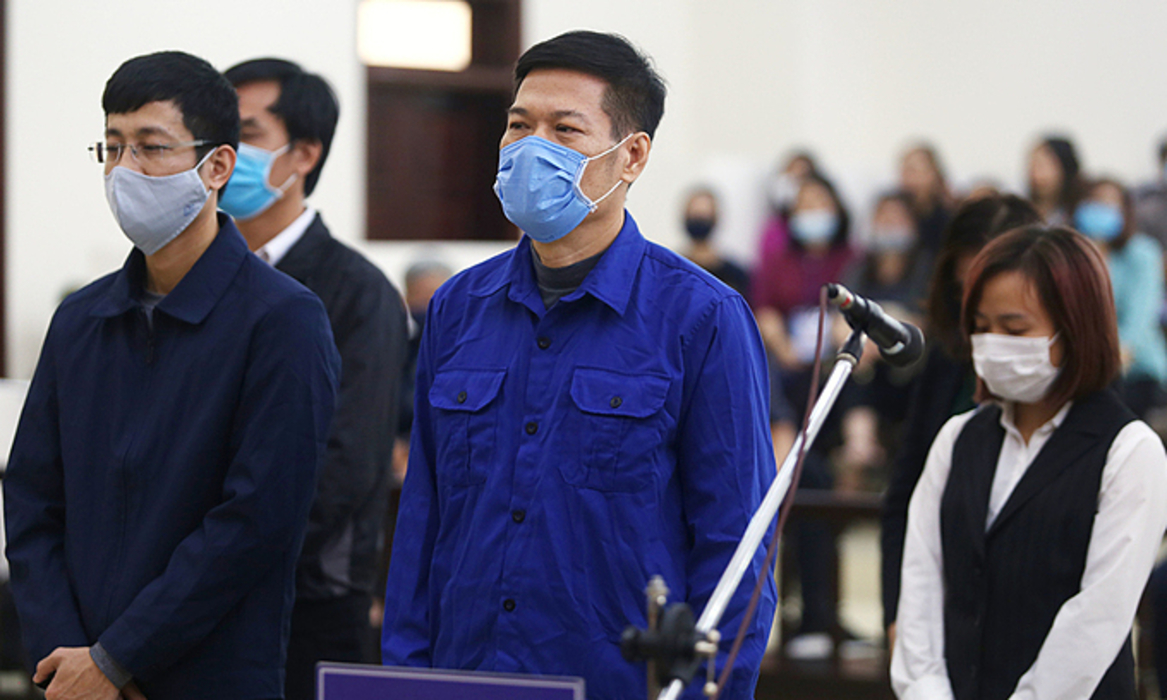 The former director of Hanoi’s Center for Disease Control was sentenced to 10 years in prison Saturday, for running a multibillion VND coronavirus testing kit scam, VN Express has reported.

Nguyen Nhat Cam, 57, was found guilty of “offenses against regulations of law on bidding that lead to serious consequences,” causing losses of 5.4 billion to government coffers, according to the Hanoi People’s Court.

Cam was first arrested in April. A further seven accomplices were jailed between 3 and 6.5 years, with two more receiving 3-year suspended sentences. Five were senior officials of the Hanoi’s Center for Disease Control while two were directors of private companies.

Cam and his accomplices had put wider society at risk, damaged the reputation of the Communist Party, and the state at a time the nation was making strong efforts to fight the coronavirus, the court said.

Cam was given some leniencY as during his life he had been a doctor scoring many notable achievements.

The former director took advantage of the pandemic and increased funding from Hanoi to buy more machinery and medical equipment while colluding with subordinates to raise prices for Covid-19 testing kits.

They inflated the prices of equipment and the kits to 7 billion VND when the purchasing price for all the imported testing kits had been 2.3 billion, starting the scheme in the early spring.

Before his downfall, Cam had been chief of the Hanoi Center for Preventive Medicine for five years before taking the joining the Hanoi’s Center for Disease Control in 2018.

The center is the city’s top body dealing with outbreak prevention and infection diseases, working with local institution to keep Covid-19 under control.

Through a mixture of tough, pragmatic and strict measures, Vietnam has largely contained the coronavirus so far with a confirmed 1,395 cases, including 35 deaths.

Related Topics:CoronavirusCrimePublic Health
Up Next