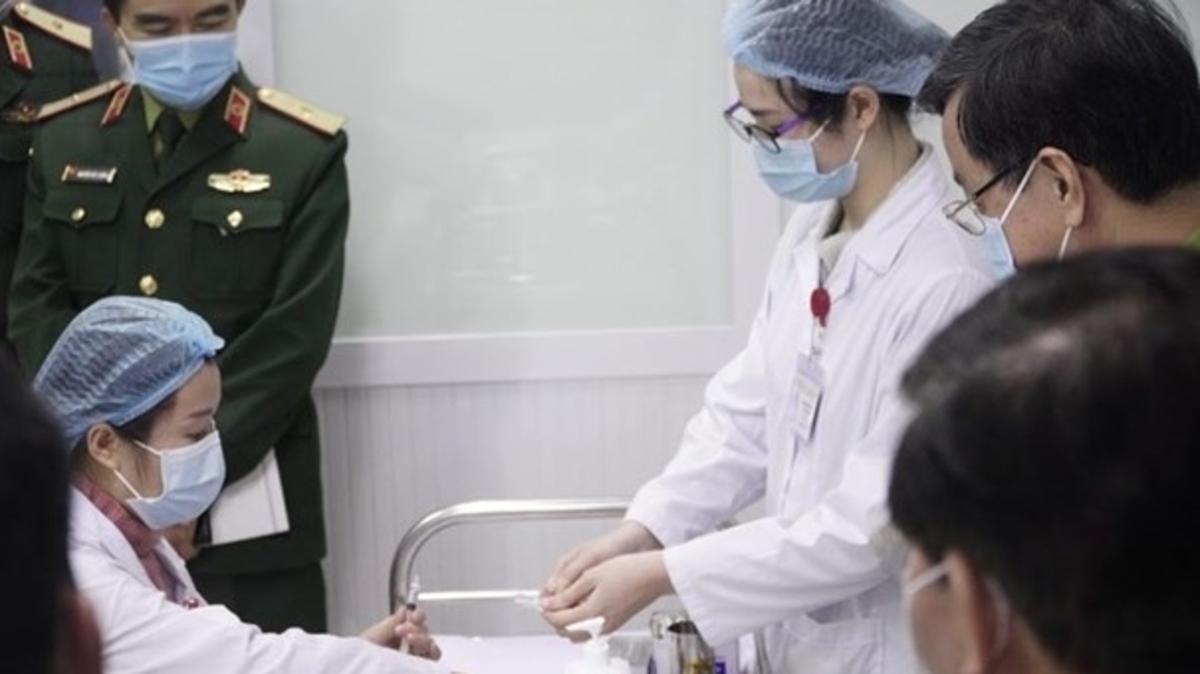 Three volunteers received their second dose of Nanocovax, Vietnam’s first Covid-19 vaccine to be tested on humans, on Wednesday, Vietnam News has reported.

Professor Do Quyet, director of the Vietnam Military Medical University, in Hanoi, said that the second does was 28 days after the first one.

The volunteers showed no abnormal symptoms after the first does, and 25 mcg, 50 mcg, and 75 mcg doses will now be tested on the remaining volunteers.

Aside from mild pain on the injection site and minor fevers that lasted less than 24 hours, all the volunteers have remained healthy and stable, according to Quyet.

Director of the university’s clinical trial center, Professor Chu Van Men, said that over 50% of the first phase of the trials were completed.

The school received over 500 applications for the vaccine but only 51 were selected due to highly stringent selection criteria.

The first phase is set to evaluate the vaccines safety, with the second phase to begin in February on a much larger pool of 560 people. The third and final phase will see up to 3,000 volunteers used, from Vietnam and abroad.

Vietnam is one of 40 countries to have tested trials of its own vaccine on humans, the report said.

The vaccine was developed by Nanogen Pharmaceutical Biotechnology JSC.