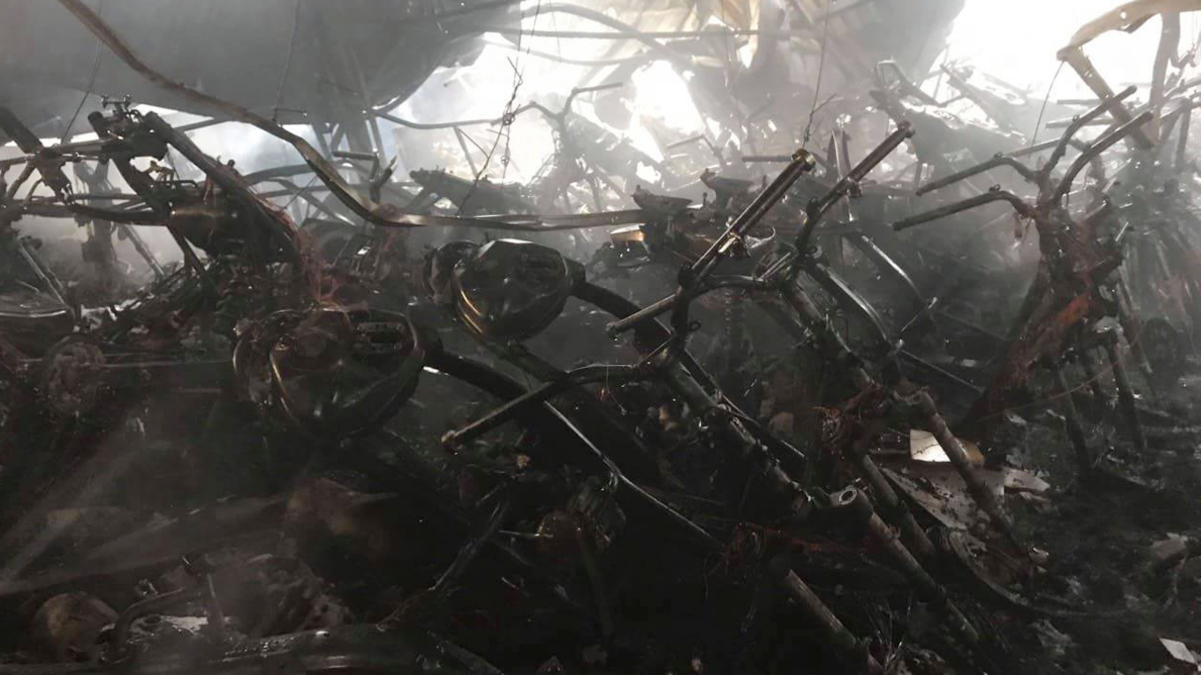 A huge fire broke out in a motorbike agency and shoe shop in Binh Duong Province at 6 a.m Thursday, VN Express has reported. With both stores closed at the time, the blaze spread quickly, posing a threat to nearby houses.

Police cars and fire trucks quickly arrived at the scene in An Phu ward of Thuan An Sity, putting the fire out about an hour later, though it managed to destroy both stores. Hundreds of motorbikes and electric bicycles inside the 300-meter-square agency were completely burned.

Losses are estimated at billions of VND.

Thousands of workers go on strike as Tet bonuses cut