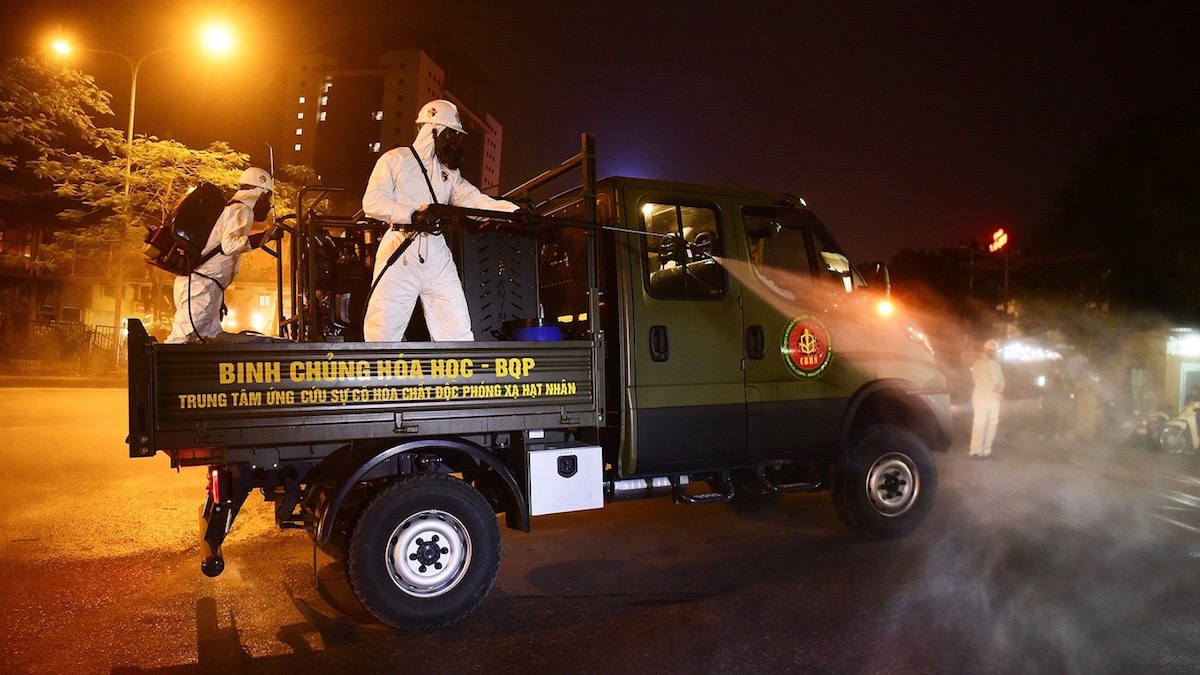 Almost a year ago today, the country was about to celebrate the Lunar New year when the first two cases of Covid-19 were announced in Vietnam. VN Express has reported on some of the key numbers over those 12 months.

Looking back over a year of anti-epidemic action, Deputy Health Minister Nguyen Truong Son said that Vietnam had succeeded thanks to the government’s “quick and intelligent decisions” as well as the positive response from the people. Vietnam had successfully complied with the “prevention, quarantine, localization, suppression, and treatment” strategy.

The numbers:
– 1,600 border patrols set up along the border in order to prevent illegal immigration
– 10,000 people were involved in protecting the 5,000km long borderline
– 37,000 illegal immigrants were sanctioned.
– 299 rescue flights, bringing 80,000 citizens from 60 different countries and territories back home
– Over 200 quarantine facilities were set up, with 20,000 army men/women working in those facilities
– 91 testing units in the country; 40,000 samples can be tested each day
– 1.7 million people tested
– 57 hospitals treated Covid-19 patients
– 51 emergency teams that handled newly discovered cases
– 91% of the cases were successfully treated, out of 1,540 total cases.
– Average infection rate: 15 cases per million people
– 2.2% death rate – this is the lowest rate compared to 15 other countries that have the same number of citizens (90 million)
– GDP increased 2.91% – 1 out of 4 countries with a positive increase

“We are determined to keep up the achievements of the anti-epidemic period so that our citizens can celebrate Tet safely, cozily, and joyfully,” said Deputy Health Minister Nguyen.

Related Topics:CoronavirusCovidPublic Health
Up Next