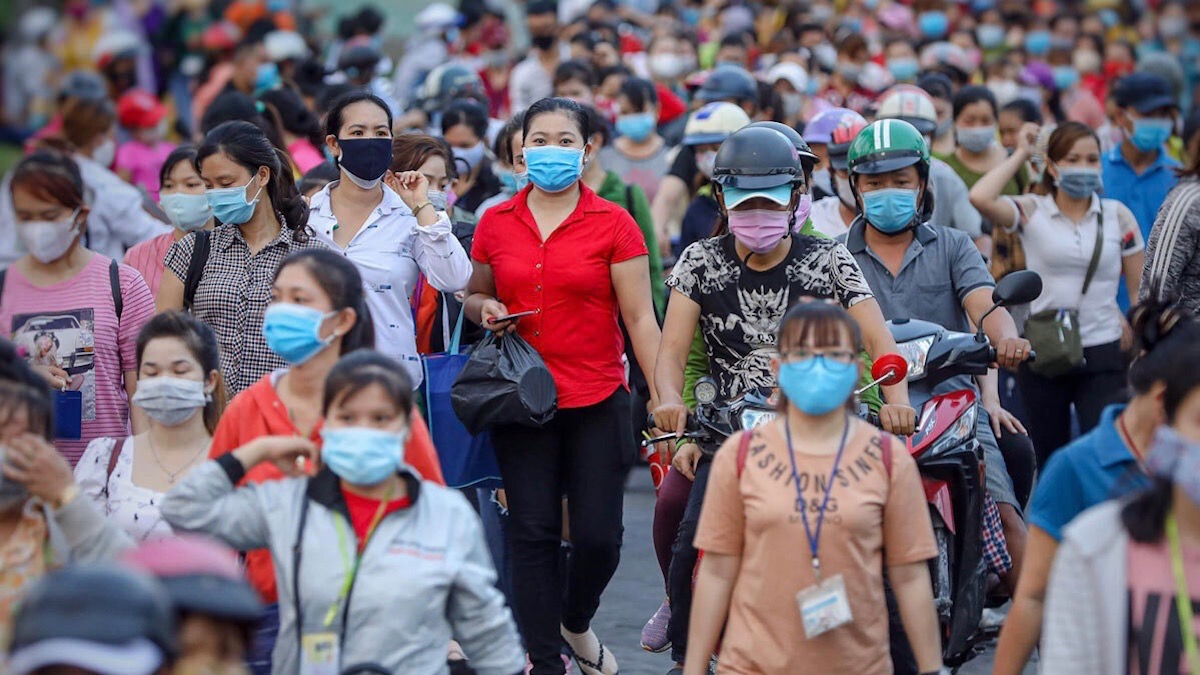 The Chairman of the Vietnam General Confederation of Labour Nguyen Dinh Khang has urged workers nationwide to restrict travel, and carefully consider if it is worth returning home to celebrate Tet, with a third Covid-19 wave spreading to 10 cities and provinces, VN Express has reported.

On the afternoon of Feb. 3, it was reported that thousands workers have already decided not to return home. “Hundreds of thousands of workers, despite having been away from their families for many years, have voluntarily stayed to avoid the epidemic,” said Chairman Nguyen, praising the spirit of community responsibility of the workers.

The VGCL leaders also recommended that workers cooperate with medical reporting, help functional forces track and promptly handle suspected cases. At the same time, the trade union was asked to organize visits and gifts to workers.

The impact of Covid-19 has caused the average income of employees in 2020 to decrease to 6.7 million VND, down 8.6% from the previous year. About 31.8 million people are deeply affected such as with unemployment, reduced income, and reduced working hours.