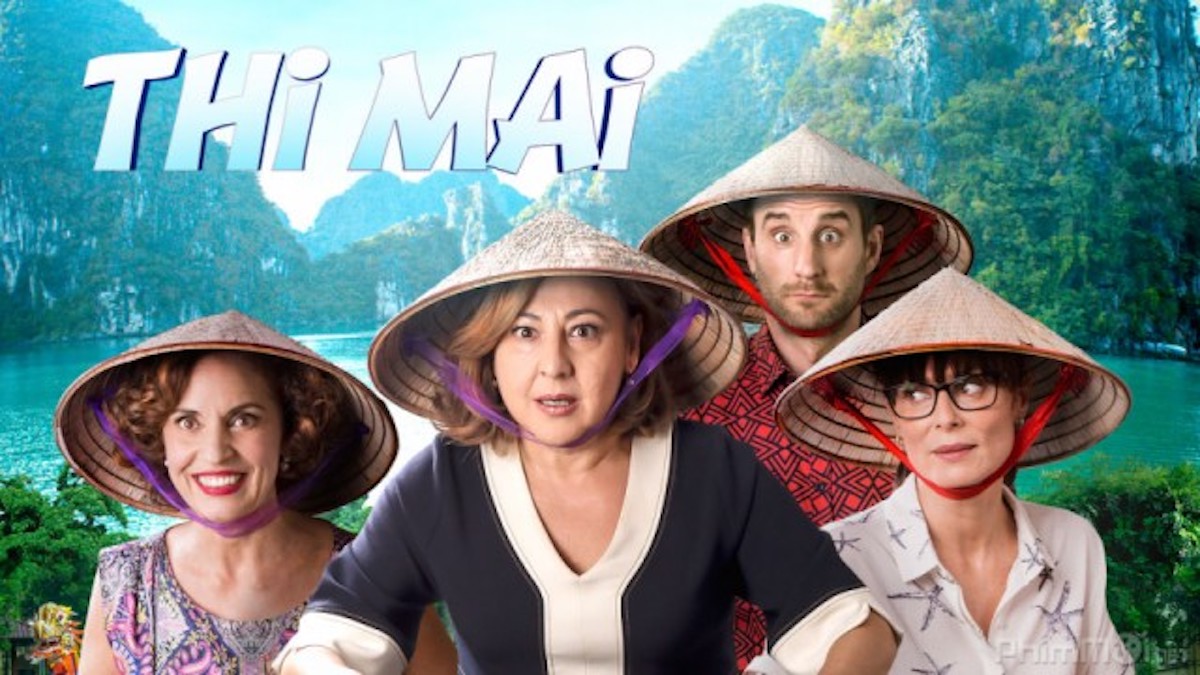 “Thi Mai Rumbo a Vietnam” directed by Spaniard Patricia Ferreira was released in early 2018, instantly sparked interest across the country due to its peculiar background, heartwarming storyline, lovable characters and focus on modern Vietnam.

The movie sees protagonist Carmen (Carmen Machi) learning that her recently deceased daughter, Maria, was planning to adopt a Vietnamese child, Thi Mai, shortly before she died, and so sets off for Vietnam with her friends Elvira (Aitana Sanched-Gijon) and Rosa (Adriana Ozores) in search of the young girl. The three women have never left Spain in their lives and, naturally, hilarity and cultural confusion ensues.

Though fundamentally a comedy, the film is deft at showing the agonizing pain the characters are going through. In one scene, a phone call between Carmen and her husband sees the couple start off arguing over the viability of gaining custody of Thi Mai, and soon the husband is left speechless, with nothing but a vacant look in his eyes. As he goes quiet, the painful truth dawns on him that his daughter will never come back, and he has been avoiding reality. It’s a moving scene. Despite the, at times, uneasy straddling of the lines between comedy and tragedy, we sympathize with almost all the characters presented.

Though he wants to help the women, he often feels they are going too far, even endangering national security: “I’m worried about Hanoi, not you,” he tells us.

Carmen, Elvira and Rosa set out on their journey, willing to break the rules when they need to, but things are somewhat complicated when they meet Andres (Dai Rovira) an amateur actor in Spain who is also travelling to Vietnam (Hanoi, no less) to live with his partner, but is unceremoniously dumped on arrival. At times the character of Andres and his character arc feel far-fetched and wildly removed from the main plot but the story continues to surprise us, with Andres’ greatest performance part of the plan to gain custody of Thi Mai.

And then there’s Dan (Eric Nguyen), a responsible interpreter working for the government. Whereas Andres is carefree and agreeable, Dan is more uptight, often providing a voice of reason, and playing devil’s advocate.  Though he wants to help the women, he often feels they are going too far, even endangering national security: “I’m worried about Hanoi, not you,” he tells us.

Much of the film’s success came from Vietnamese being fascinated about how they were portrayed in foreign films. After years and years of such films showing Vietnam as little more than an impoverished warzone, movies such as “Thi Mai Rumbo a Vietnam” can feel like a breath of fresh air, even though this feature can be awkwardly slap-stick. Set in modern times, the film showcases many of the marvels and oddities that exist in the capital and Northern Vietnam, whether it is the colorful street corners, the karaoke culture, or the chaotic traffic. The film embraces all the niches that make Hanoi…, well, Hanoi.

The film even makes nods to tackling social issues, such as many of the misconceptions that foreigners have about Vietnam, or prejudice against the LGBT community. But it is never heavy-handed, instead opting to engage with the lightest of touches.

Behind the laughter and crazy antics of its characters, the story sets out to deliver a simple yet meaningful message. In the film the name of the little girl is Thi Mai interpreted by Carmen as ‘tomorrow’ a prompt reminder that: “There’s always tomorrow,” something we tell ourselves when we are feeling down and hopeless. Thi Mai symbolizes hope, and her journey ‘home’ is not just a regular adoption story, but signifies people trying to bring light back into their dimmed, damaged lives.

Throughout their journey, the three women receive helps from many different people, always coming from a place of kindness and compassion, which is the spark that guides them forward on their difficult path. At times humorous, at times sad, “Thi Mai Rumbo a Vietnam” is a touching, albeit at times cloyingly commercial, film set in modern-day Vietnam that is well worth a watch.