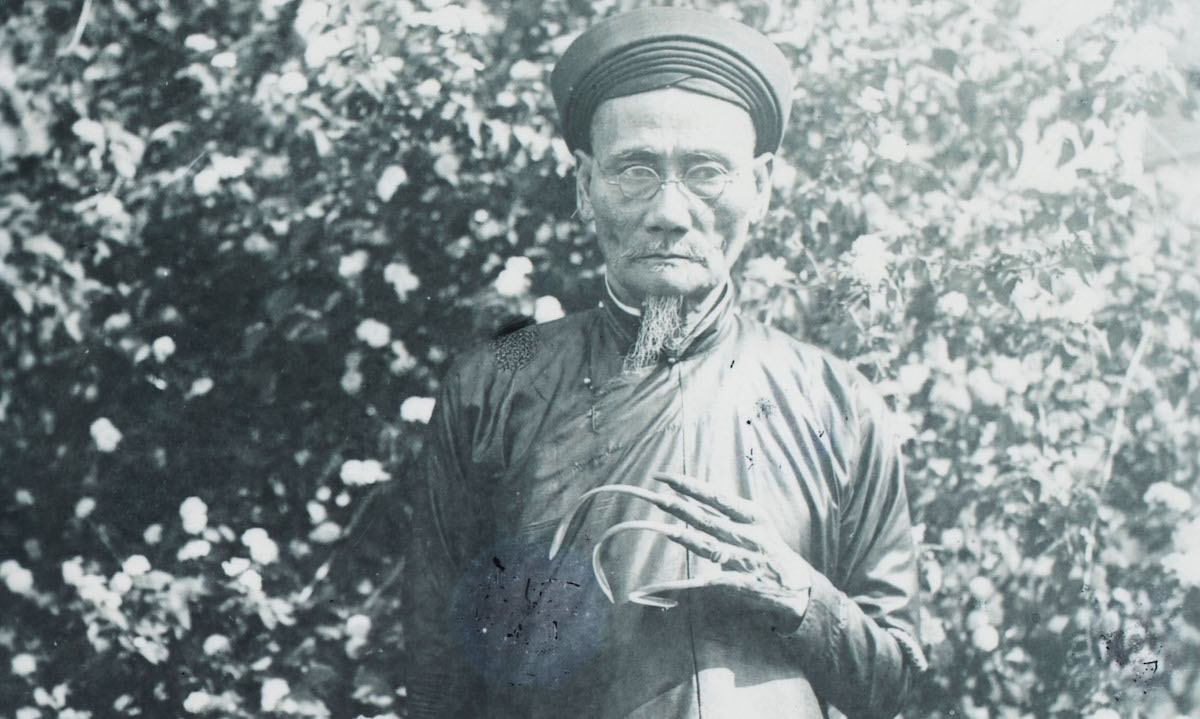 If a man wanted to look hot in Vietnam a century ago, a few hours at the gym was not going to cut it; only massively freaky fingernails would do.

These days, anybody who has spent any of their bathroom breaks manically swiping Tinder will notice your average male likes to impress with a photograph, his hand at the wheel, while swinging a glitzy expensive watch, a Rolex usually (smooth). But in the 1920s they needed even stronger game than this.

The less-than-subtle century-old edition of peacock-feathering and wealth-flashing would have left women bombarded with dudes in various poses showing off their impressively long fingernails instead. Like this hottie here:

And we are not talking any of your fake acrylic shenanigans either. Way back when, it was all about homegrown keratin-based nails that had men flaunting with pride as the utmost status symbol. These nails were often so long they easily extended well beyond the length of an entire hand. At a certain point they no longer grew straight, due to natural curvature. Bending and concaving, they morphed into scary talon-like silhouettes, or curly fries, depending on how your imagination rolls..

It was only the top class of citizens that donned these insane nails, including scholars, ministers, village heads and doctors. The seemingly perverse styling naturally caused tremendous obstacles in any activities that required using your hand (insert smutty joke here). In fact, with nails like this it was impossible to grip anything, which was precisely the point. These noblemen were so rich they never had to get their hands dirty with manual labor. At least that was the message. Such grunt work belonged to the lowbrow world of the lower three feudal classes of which the scholar-class knew naught.

Of course, realistically speaking, a middle ground between style and practicality still had to be settled on. Some chose to only grow long nails on their less dominant hand, leaving the other free to roam wild, while others kept exactly one finger trimmed and tailored for, one imagines, scratching, nose-picking and other noble delights.

While a sight to behold, hygiene issues coupled with inconvenience eventually caused this custom to die off. Interestingly, over the next century there was a role reversal of sorts (as there often is), and to this day men in East Asia can often be seen with a singular elongated pinky fingernail to prove they do not work in the fields. However, it now appears to be the case almost exclusively of working class men, not the noblemen of yore.

“Days gone by” is a short section looking at an aspect of Vietnamese history through vintage photographs.