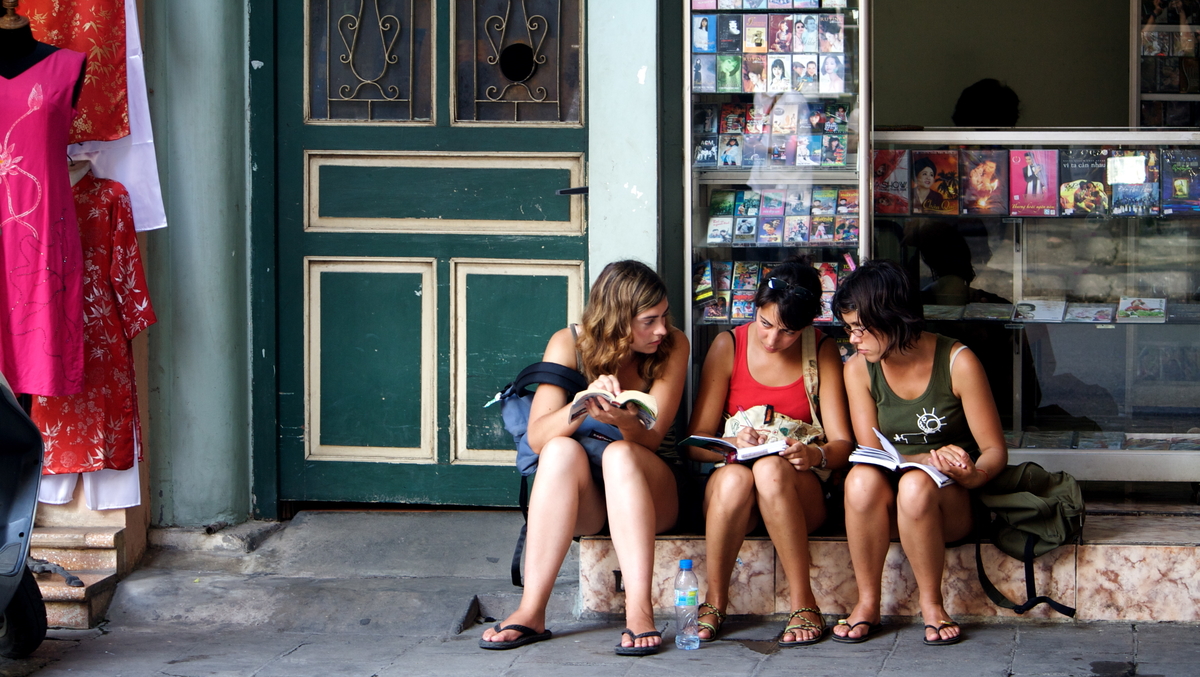 Two men have been sexually, physically and verbally harassing young women in Hanoi’s Tay Ho District over a period of about three months.

One of the first women to bring attention to the men was Karen Walsh, 28, an English teacher from Ireland, who made a post on female-only Facebook group Hanoi Beautiful on Jan 2. “Please be mindful walking in the Tu Hoa area late at night. There are two creeps (looked to be in their early 20’s, the bike had purple lights I think) who tried to grab me last night and it was pretty scary.”

Since Walsh’s post, over a dozen women (mostly young female expats) have come forward and claimed they have been sexually and verbally harassed by two similarly described men in Tay Ho District since late last year.

The men drive around on motorbike on Dang Thai Mai and Tu Hoa in Tay Ho District where they hurl verbal abuse at women, with several reporting having their breasts groped, rears slapped or being whipped by belt. Some have disclosed that when they stand up for themselves, the men respond by going further and exposing themselves.

“It’s terrible. I don’t feel safe walking around the area anymore” said Linh Nguyen, 29 a Hanoi local. “They just drove past and slapped my ass while I was walking with another friend. And it was only just past eight in the evening.”

The two men are described as Vietnamese youths in their late teens or early 20s. They often ride together or separately on a black Honda Wave with the license plate removed or covered with a blue mask. More recently the two boys have been seen parading Tay Ho with other men, forming a group of up to six.

Nadine Heever, 29, an educator from South Africa, and her friend said they were assaulted by the group on Feb. 10 whilst walking from the Fig Tree Bar to Tay Ta Bar (along the lake). They say the men whipped the belt across one girl’s upper leg and the other girl’s chest and arm in a matter of seconds before driving off.

More and more women are coming forward, with the men increasingly making their attacks in broad daylight. Gemma Sheppard, 28, a life coach from England, says she was also attacked on Feb. 10. “Just got my bum grabbed while walking home from the vet with my dog,” she wrote on Hanoi Beautiful.

Katie Cullagh, 29, an English teacher from Ireland, another victim, said she had been hassled in the area several times.

Several of the women have reported the men to the police and filed reports with their embassies. Thus far the police have not been able to identify the men. Local businesses such as Anita’s Canita and Turtle Lake Brewing company have publicly shown their support on Hanoi Massive community group.

The reports come at a time of increased sexual attacks in Tay Ho, including at least five women saying they have been raped, with several embassies put on alert.

The British Embassy in Hanoi has issued a statement.

“There has been a recent spike in reports of personal attacks, including rape & sexual assault, on foreign nationals in Hanoi. Some reports are of women being victims of indecent assault and harassment (including inappropriate touching and groping) particularly while walking alone.

We take any reports of rape and sexual assault seriously and treat them in complete confidence. British national can call us for support any time of day or night.”

While rape is a criminal offense in Vietnam’s Penal Code, sexual is assault is not and instead falls under administrative law, which means there are usually only fines given for such offenses, often low ones at that.

Roos IJsendijk, a Hanoi-based lawyer and consultant on gender equality and human rights, said it was important for victims of sexual violence to report regardless of the chance of prosecution success.

“Survivors of sexual violence often experience a profound sense of a loss of control, which is very understandable as their physical autonomy and their dignity as a human being has been violated, reporting is an important way of regaining any control over the situation,” IJsendijk said.

“Speaking from personal as well as professional experience, it can be very helpful for the long-term psychological recovery of a survivor to be able to tell themselves that they did everything they could to stand up for themselves (and others). That starts with reporting through official channels, however slow or frustrating that process might be.”

If anyone has any further information on the identity of the two men, they are advised to report it to Tay Ho Police Department.