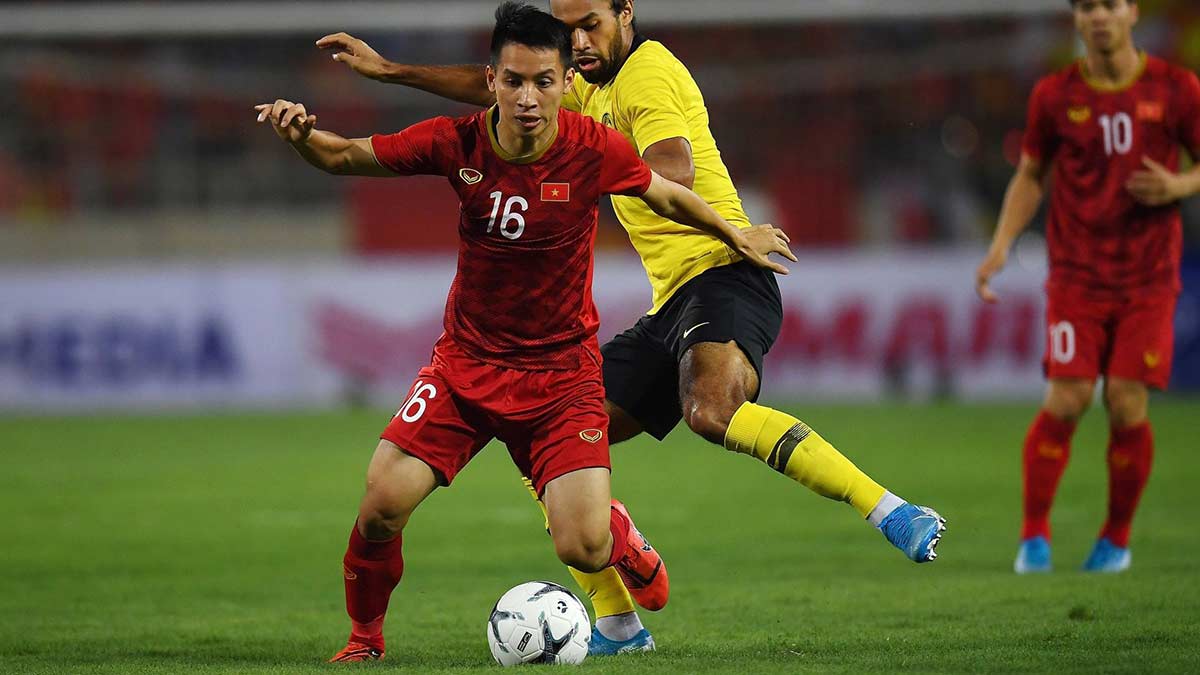 Vietnam registered their first win in the second round of the 2022 Football World Cup Asian qualifiers, as Nguyen Quang Hai nailed a superb volley to see off Malaysia 1-0 at Hanoi’s My Dinh Stadium on Thursday night, agencies reported.

A startling opening draw against Thailand in the opening group game had put huge pressure on the Golden Dragons, but beating Malaysia has improved expectations for going through to the next round.

The home team started brightly with Nguyen Van Toan surging into the penalty box early on, only to be shepherded out by some solid Malaysian defending.

However Malaysia were soon pinning Vietnam back, forcing keeper Dang Van Lam into an eye-catching reflex safe following a close range header after a corner on the left.

After a few scares the momentum started to shift back to Vietnam in a series of attacks that never quite managed to break the Malaysian defensive ranks.

The ever energetic midfielder Quang Hai was a driving force throughout the match and saw a goal disallowed for offside in the 29th minute.

Twelve minutes later it no longer mattered as Quang Hai made sure with a super angled volley on the edge of the six yard box after a precise 50 yard lofted pass from Que Ngoc Hai.

The hard worn win lifted Vietnam into runners up in Group G with four points in two games, behind local rivals Thailand on goal difference.