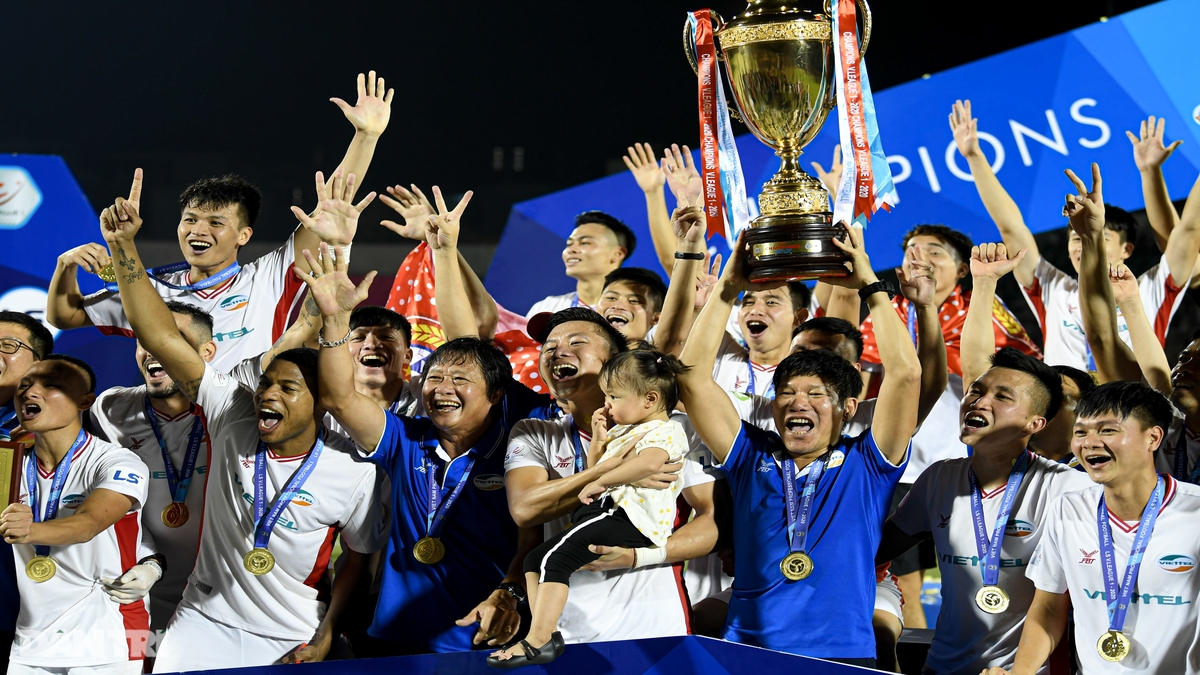 After a turbulent season, adversely influenced by Covid-19, Viettel FC– a military-owned club based in Hanoi — were crowned champions of the 2020 V-league football season after seizing a 1-0 victory over Saigon FC Sunday night, Dantri has reported.

Entering the game, Viettel knew that only a win would grant them the V-League title. Their rivals Hanoi FC were just two points behind before the final game where they faced off against underdogs Quang Ninh FC in Cam Pha.

Viettel were determined from the outset. Scoring on 16 minutes, after Hoang Duc’s cross from the right assisted Bruno to head home, giving Viettel an early advantage.

Despite being pressure from Hanoi FC winning their game by four goals, Viettel remained calm, displaying a solid defense, and preserving their lead until the end of the game to wrap-up the championship.

Viettel ended the league with 41 points, followed by Hanoi FC on 39.

The champions were rewarded with 3 billion VND, with the runners-up gaining 1.5 billion.