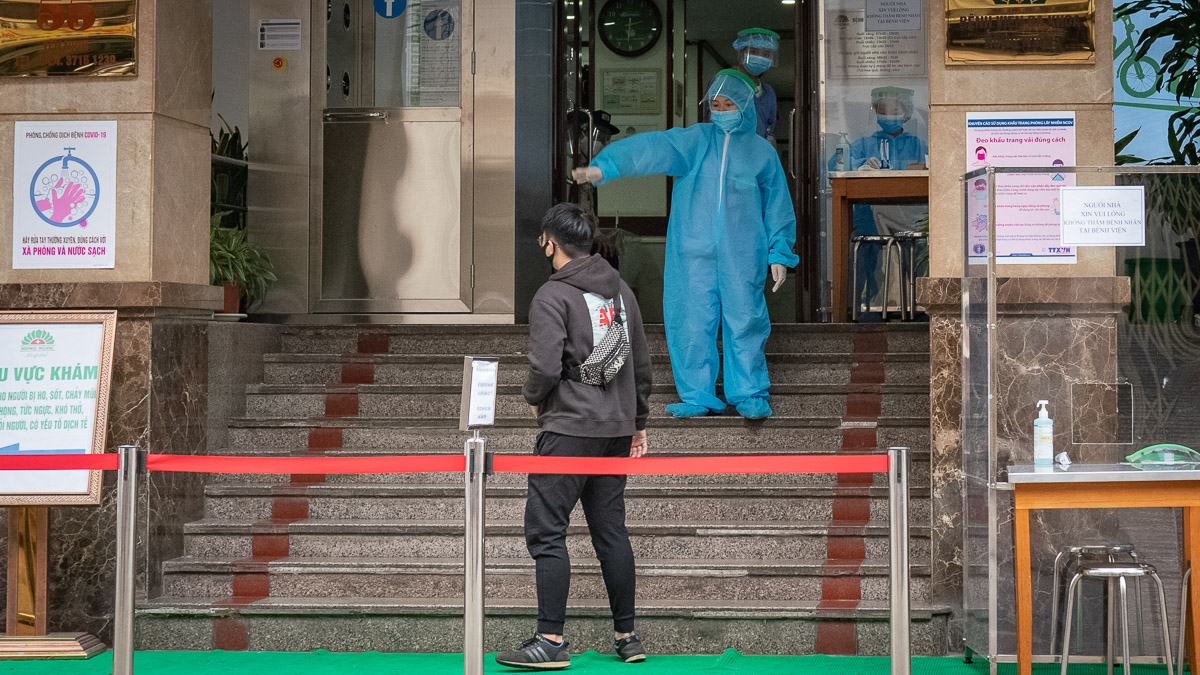 Vietnam announced five new cases of the coronavirus on Wednesday, taking the national total to 212, Vietnam News has reported.

The 208th patient is a woman, 38, who worked for a food and logistics company that provides services for Hanoi’s Bach Mai Hospital, an outbreak hotspot.

The 209th patient is a 55-year-old woman who lives in Long Bien, Hanoi. She is believed to have caught the virus from “Patient 163,” at Bach Mai hospital.

The other three cases are Vietnamese people who have recently returned from overseas.

The 210th patient is a woman, 26, from Ha Tinh Province in central Vietnam. She returned to Vietnam from Thailand on March 20.

The 211th patient is a 23-year-old woman who lives in Hanoi’s Dong Da District. She is a student in the United States and returned to Vietnam on March 20 after transiting in Abu Dhabi and Bangkok. She was sent to a quarantine area in Nin Binh Province on arrival.

The 212th patient is a woman, 35, from Thai Binh Province. She arrived in Vietnam with her bae on flight SU290 from Moscow on March 27. The couple were immediately quarantined in Vinh Phuc Province in northern Vietnam.

Fifty-eight of Vietnam’s 212 coronavirus patients have now been discharged after successful medical treatment.

The coronavirus pandemic has spread to over 200 countries and regions worldwide, infecting over 850,000 people and claiming over 42,300 lives.