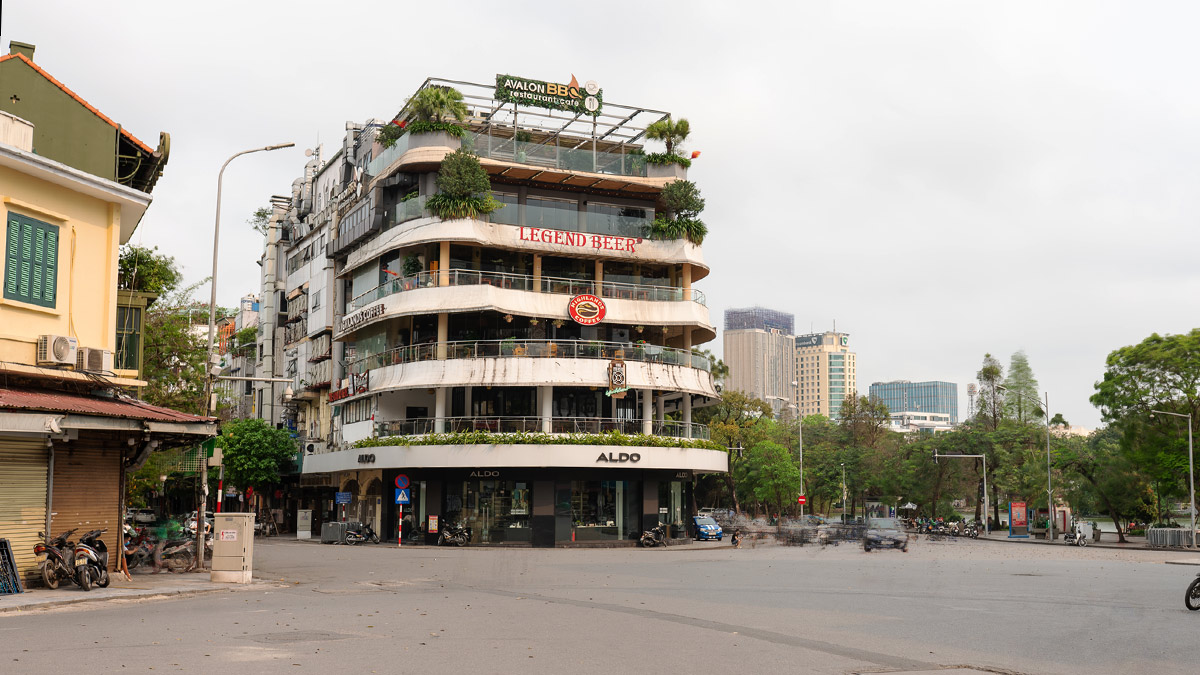 People across Vietnam are preparing for a mass social distancing campaign as the country goes into effective lockdown from midnight this evening (April 1).

On Tuesday Prime Minister Nguyen Xuan Phuc ordered the campaign which will last until April 15.

People have been told to stay at home and only go out to buy food and medicine or in case of emergencies. Manufacturing factories and shops selling essential goods will be allowed to remain open.

Gatherings of more than two-people have also been banned with people ordered to maintain at least a 2-meter distance from each other, with the exception of workers in hospitals.

Streets were quiet across Vietnam Tuesday, with many residents throughout the country doing last minute grocery shopping to prepare for staying at home for the next two weeks.

Supermarkets were busy however, with many people buying more than normal, particularly bottled water, but shelves were largely full and residents were mostly seen stocking sensibly and not panic buying.

Chào received a flurry of last-minute messages from grocers and delivery servies requesting orders as vendors were unsure what the extent of travel restrictions in the coming days would be.

“Let us know if you need to buy any crates of beer… hard to know if delivery services will be allowed from tomorrow,” said a text from the Bottle Shop in Hanoi.

People throughout Vietnam seem largely unpanicked by the lockdown and, aside from buying a bit of extra food, were going about their business as usual.

The roads were mainly empty in Ho Chi Minh City, but many people had prepared in advance. “I am as a ready as can be,” said Martins Brinins, a Latvian audio equipment wholesaler based in the city. “I have lots of food. Rent is paid up. Netflix as well. My swimming pool is still working. My motorcycle is full of gas. I have enough meals for three weeks. Forty-three meals.”

Much like the rest of the country, things were quiet in the popular tourist island of Phu Quoc in southern Vietnam. Beut Bien, 26, owner of Sunrise Bar on the island, was also not worried. “Lockdown? I don’t know what to prepare,” she said. “There are many places that are closed already. We are ok.”

On being asked about preparations for the effective lockdown Le Anh Viet, a property manager in Hanoi, was also relaxed: “Am not doing much, the government will be fully prepared.”

Madison Hardy, a 29-year-old Hanoi-based educator from Texas, also seemed unconcerned about the impending social distancing measures. “No planning here,” she said. “I did buy a ton of dog food and dried goods though.”

Leslie McKenna, a 31-year-old teacher from South Africa, also based in the capital, has been more cautious with regards to food. “I’ve been stockpiling for weeks but I keep eating the foods that I’m supposed to be saving. It’s difficult,” she said. “Tons of chickpeas and other canned goods. Also, there’s no more space in my freezer.”

The government has said that the new measures are not a full lockdown, but the situation is being monitored. “National-scale social distancing is not a lockdown, and the government is still in control of the COVID-19 pandemic,” said Minister and Chairman of the Government Office Mai Tien Dung on Tuesday.

Vietnam has confirmed 207 cases of coronavirus so far, with no deaths reported. Fifty-five of those infected have recovered and been discharged after treatment.

Covid-19 has been contracted by over 800,000 people worldwide in 200 countries and territories worldwide, killing more than 38,800 people.

Men do push-ups as forfeit for not wearing face masks