3 fined in Hanoi for leaving home for non-essential reasons 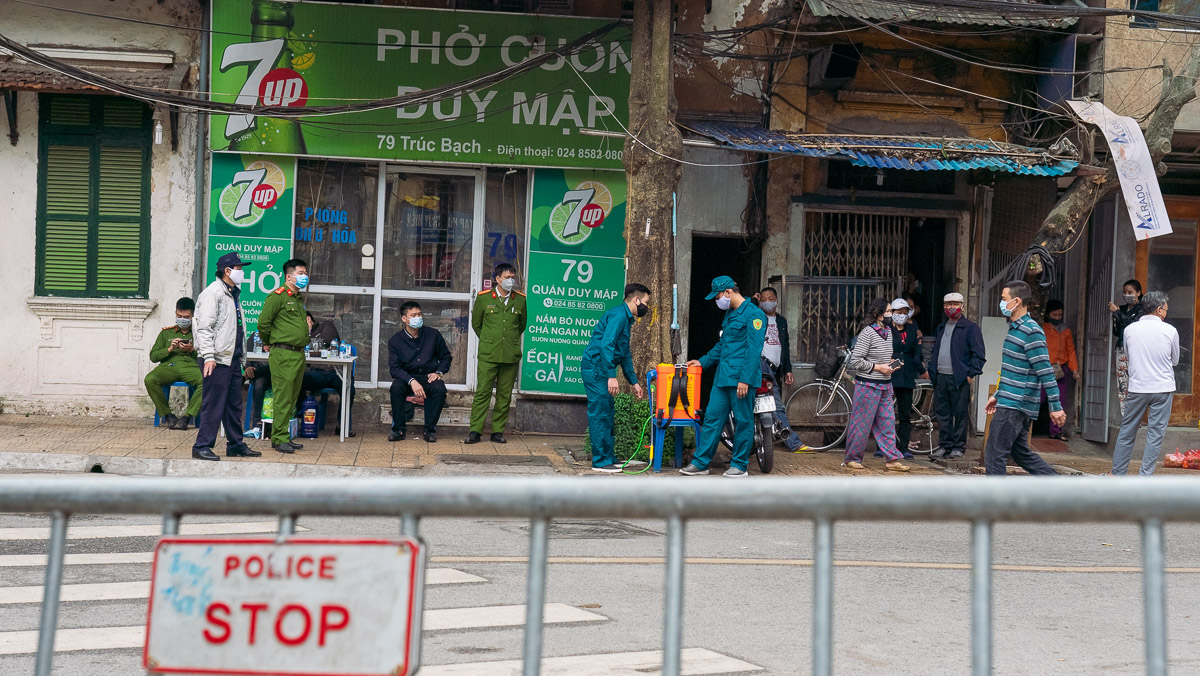 Three people in Truc Bach in Hanoi have been fined for leaving their house for non-essential reasons amid a crackdown on social-distancing violations, Vietnam News has reported.

Two men were fined for fishing and a woman was fined for selling flowers Sunday. They were fined 200,000 VND each (about 8.5 U.S. dollars)

Nguyen Dan Huy, chairman of the People’s Committee of Trúc Bạch Ward, said that previously people had been let-off but the rules were being enforced more strongly, as a number of people had continued to violate the regulations.

The People’s Committee of Hoan Kiem said it had already fined a total of 102 people, raking in 20 million VND

Committee Nguyen Duc Chung, chairman of Hanoi People’s Committee, said Friday that police officers would patrol the streets and fine people if they went out for non-essential reasons. People can leave the house for working at essential businesses, service suppliers, to go to go hospital or to buy food and medicine.

Vietnam has confirmed 240 cases of the coronavirus so far, with no deaths.