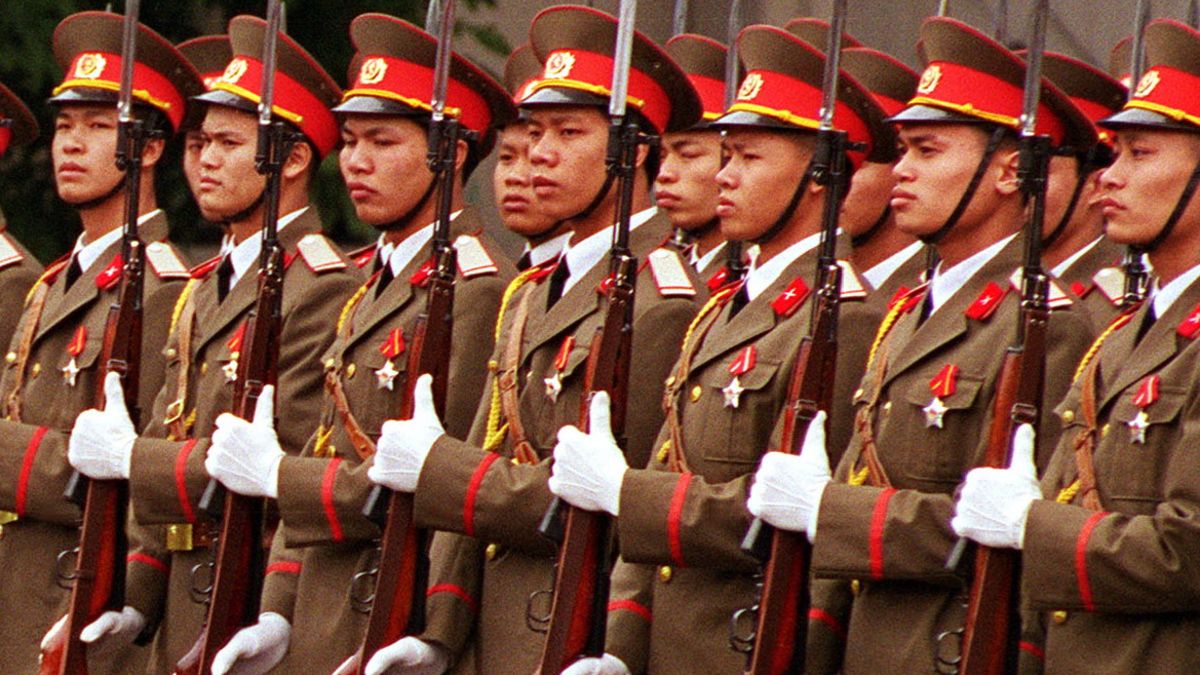 The Central Military Commission and the Ministry of National Defense hosted a grand ceremony in Hanoi to honor the 30th All People’s Defense Festival and the 75th founding anniversary of the Vietnam People’s Army (VPA) on Dec. 21, DTI News has reported.

Vietnamese military achievements were domestically and internationally applauded at the ceremony. Officers and soldiers in the army pledged loyalty to the party state, people and the socialist government.

The Prime Minister said that under the leadership of the Party and President Ho Chi Minh, as well as with the support of the people and international allies, the VPA had been greatly victorious in liberating and safeguarding the nation and accomplishing international missions.

Before the ceremony, leaders from the Central Military Commission and the Ministry of National Defense laid wreaths at the Monument to War Heroes and Martyrs and honored President Ho Chi Minh at his mausoleum.

Related Topics:Vietnamese Military
Up Next