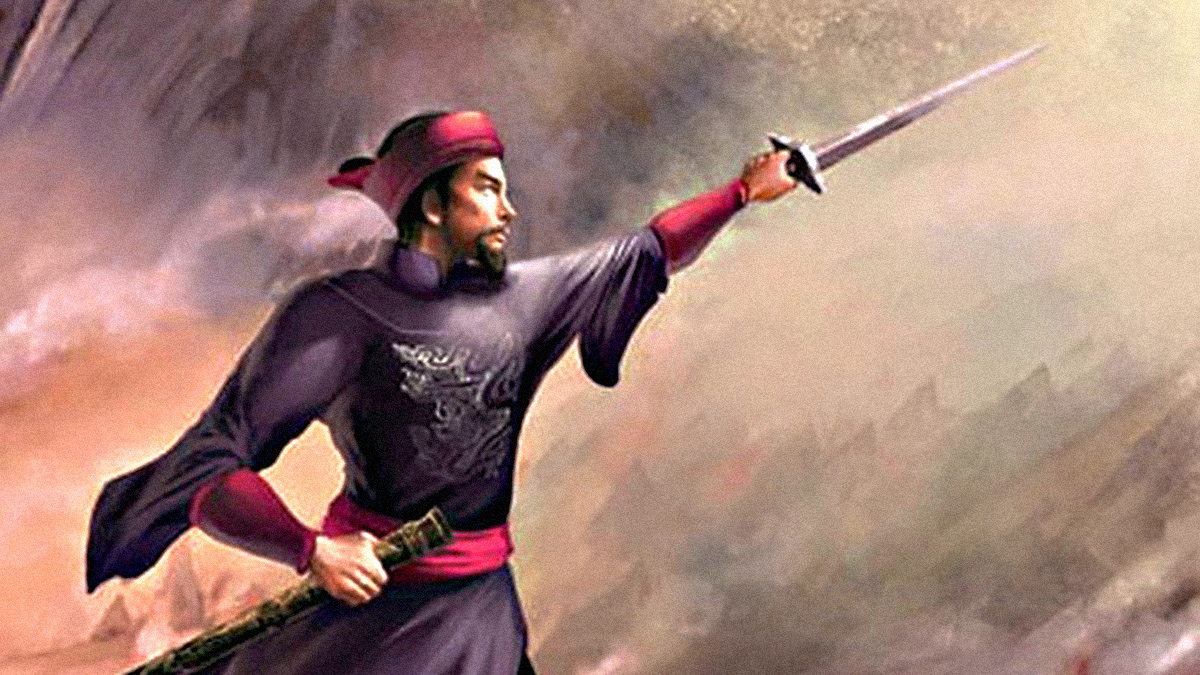 If you ever pass by Hanoi Railway Station, chances are that you have already gone through Tran Hung Dao street (known as Boulevard Gambetta during the French colonial era). Located in the busiest corner of Hanoi – Hoan Kiem District, its length runs impressively through the center of Hanoi. Like many other streets in the Old Quarter, it features an intersection of government buildings, several embassies as well as local cafés and restaurants. Although the road is currently rather bumpy and dusty due to the construction of a new underground railway station, it is honorably named after one of the most iconic Vietnamese historical figures and accomplished military strategists: Tran Hung Dao or Grand Prince Hung Dao.

Tran Hung Dao (1229?-1300), originally named Tran Quoc Tuan, was the commander behind the Battle of Bach Dang River, one of the greatest examples of military tactics in Vietnamese history, and is much revered for his bravery, loyalty and military skill, today assuming an almost godlike status.

While his birth year and biological mother are still debated, his father was Tran Lieu, the elder brother of the first emperor of the Tran Dynasty, Tran Thai Tong. When the emperor’s wife could not pregnant, he took his brother’s wife as his own bride. This is said to have so enraged Tran Lieu that he led a short-lived rebellion against his own brother, and invested much energy in training his son Tran Hung Dao in the hope that he would one day avenge this personal shame. The training seemed to pay insofar as Prince Tran Hung Dao went on to become one of the greatest military commanders in the nation’s history.

Despite the bad blood between his father and uncle, Tran Hung Dao did not engage in the family battles instead devoting himself to the glory of the nation, securing the country’s stability, and protecting it from Northern invaders, including twice repelling Mongol forces led by Kublai Khan.

“I tremble with anger because I cannot eat our enemy’s flesh, lie down in his skin, chew up his liver, and drink his blood.“

When Khan’s Yuan Army invaded northern Vietnam’s Red River valley with a huge army in 1284, Tran initially fell back ceding large tactical areas while adopting a defensive strategy to bide his time, as the Mongol army became fatigued and struggled with the heat and disease, Tran launched a counter-attack and the Mongol horde soon was driven back from whence it came. Centuries later, these guerilla warfare tactics where to inspire Vietnam’s communist forces.

Such victories only added to Tran’s legacy and soon after he was made head of all Vietnam’s armies. His devotion to the country took on an intensity that has been admired in the nation for centuries, and is perhaps most typified in a rousing speech he made to his troops in 1284 as Supreme Commander:

“In the face of these dangers to the Motherland, I fail to eat during the day and to sleep at night. Tears roll down my cheeks and my heart bleeds as if it were being cut to shreds. I tremble with anger because I cannot eat our enemy’s flesh, lie down in his skin, chew up his liver, and drink his blood. I would gladly surrender my life a thousand times on the field of battle if I could do these things.”

It was not long after this that Tran Hung Dao would come to fight his defining battle, leading victory over the mighty Mongols on Bach Dang River in 1288. When the Mongols resumed their campaigns against Vietnam for a third time, Tran Hung Dao retreated slowly but was able to predict the naval routes taken by the Mongols. He knew the Mongol naval fleet was unaware of the Bach Dang’s terrain, and quickly installed a series of steel-tipped wooden spikes along the river bed which could not be seen during high tides.

When the Mongol ships, now led by Omar Khan, crossed this river, Vietnamese forces, using smaller and more maneuverable vessels, lured them into stretches of river beyond the unseen spikes unaware of the danger of the fatal traps. Once the river tide on Bach Dang River receded, the Mongol vessels were either struck and sunk by the embedded spikes, or simply unable to move where they became easy pickings for Tran’s troops. Tran Hung Dao’s initiative brought down an estimated 400 large Mongol vessels, killing about 40,000 enemy soldiers, while capturing admiral Omar Khan as well.  A few of the steel-tipped spikes are still preserved to this day, admittedly in rather inglorious fashion, over 700 years later.

On his death, from natural causes in 1300, the emperor bestowed upon him the title of “Hung Dao Dại Vuong” (Grand Prince Hung Dao) for his military prowess.

Due to his tremendous contributions and achievements to Vietnamese history and warfare, the Grand Prince today has a legendary status, with many roads and area’s named after him throughout cities across Vietnam (there is even a road named after him in California in the United States), including dozens of statues. He is so revered that you might even come across shrines and temples dedicated to him, with many worshipping him as Duc Thanh Tran (God Tran), believing in his power to ward against evil spirits. He is even said to be able to heal women afflicted with reproductive problems, as well as the demons that cause epidemics.

So next time you visit Tran Hung Dao street, make sure to spare a few moments and pay your respects to this hero and demigod of Vietnam.