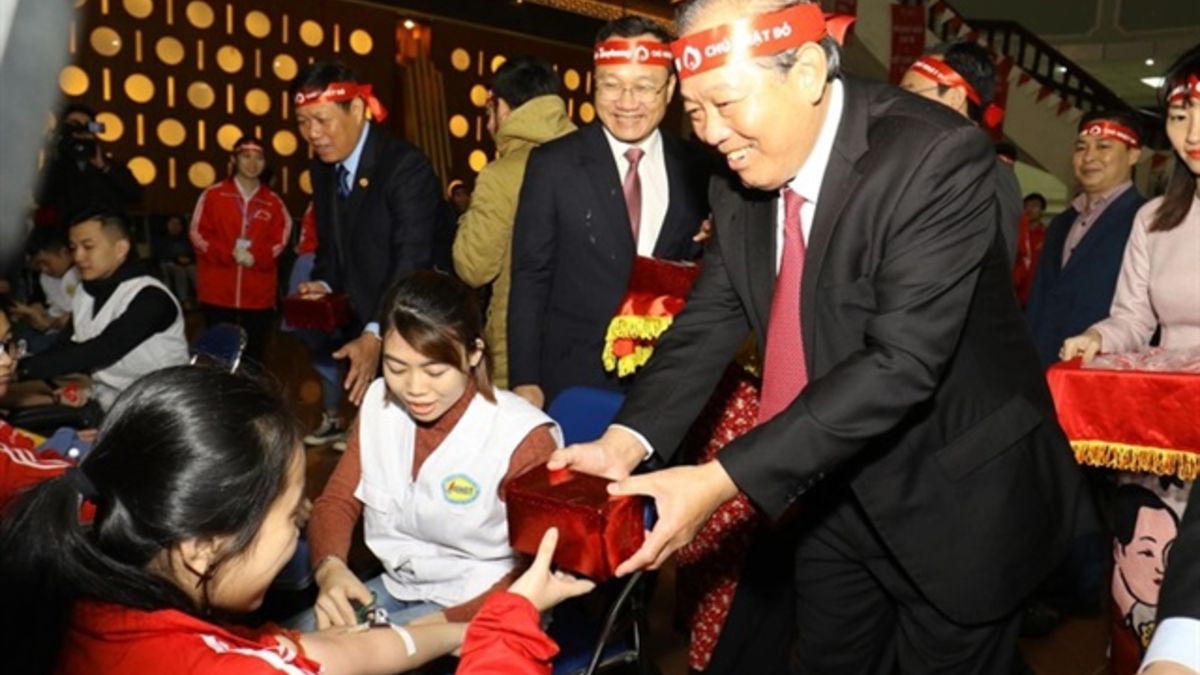 “The programme has received more and more amounts of safe blood units over the past 11 years. Giving blood to save people is a noble gesture, deepening the tradition of loving people of Vietnamese people.”

Blood donation has greatly increased from around 100,000 units in 1994 to 1.6 million in 2019, Deputy Minister of Health Do Xuan Tuyen reported. Tuyen said that many people donated their blood up to 50 times, many families donated together and lots of companies organized blood donation events, all of which helped to curb blood shortage problems. Although, nationwide the blood supply has only reached 75% and shortages still exist.

Tuyen said: “The Red Sunday programme has been contributing to handling the situation of blood shortages that usually happen before and after the Tet (Lunar New Year) holidays.”

According to Viet Nam News, Red Sunday 2020 is expected to take place in 40 provinces and cities with almost 80 blood donation points, with an expected 50,000 blood units to be collected.

Red Sunday was first established in 2009, and is organized by the Tiền Phong newspaper with the help of the National Traffic Safety Committee and the National Institute of Haematology and Blood Transfusion.