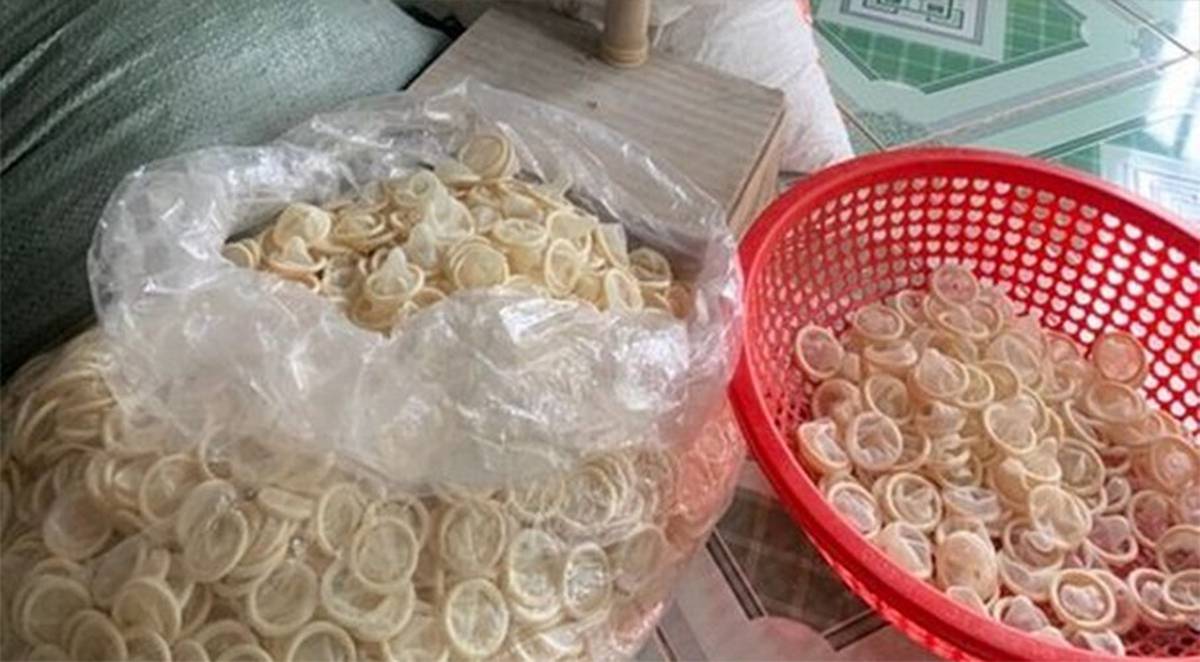 Authorities in Binh Duong province, southern Vietnam, uncovered 324,000 used condoms from a local facility on Saturday, to be collected to be resold in local markets, VN Express has reported.

The story has caused shock, horror, amusement and a fair few terrible puns across the country.

The 360 kg of products were stored at DX12, Hoa Nhut Quarter, Tan Vinh Hiep Ward. The owner of the establishment, Pham Thi Thanh Ngoc, stated she receives her stash on a monthly basis from an unknown source.

The case is currently under police investigation.

“If someone were to use recycled condoms, it would affect not just one but both parties, perhaps even more if that person was having casual sex with many parties,” saud Dr. Luu Quoc Khai of Hanoi Maternity Hospital 2.

Doctors strongly warn against this unsafe practice, as the effectiveness would have decreased, potentially leading to condom leakage, which could have users end up with allergies and sexually transmitted diseases (STDs).

Data has shown that Vietnamese people use around 500-600 million condoms each year.