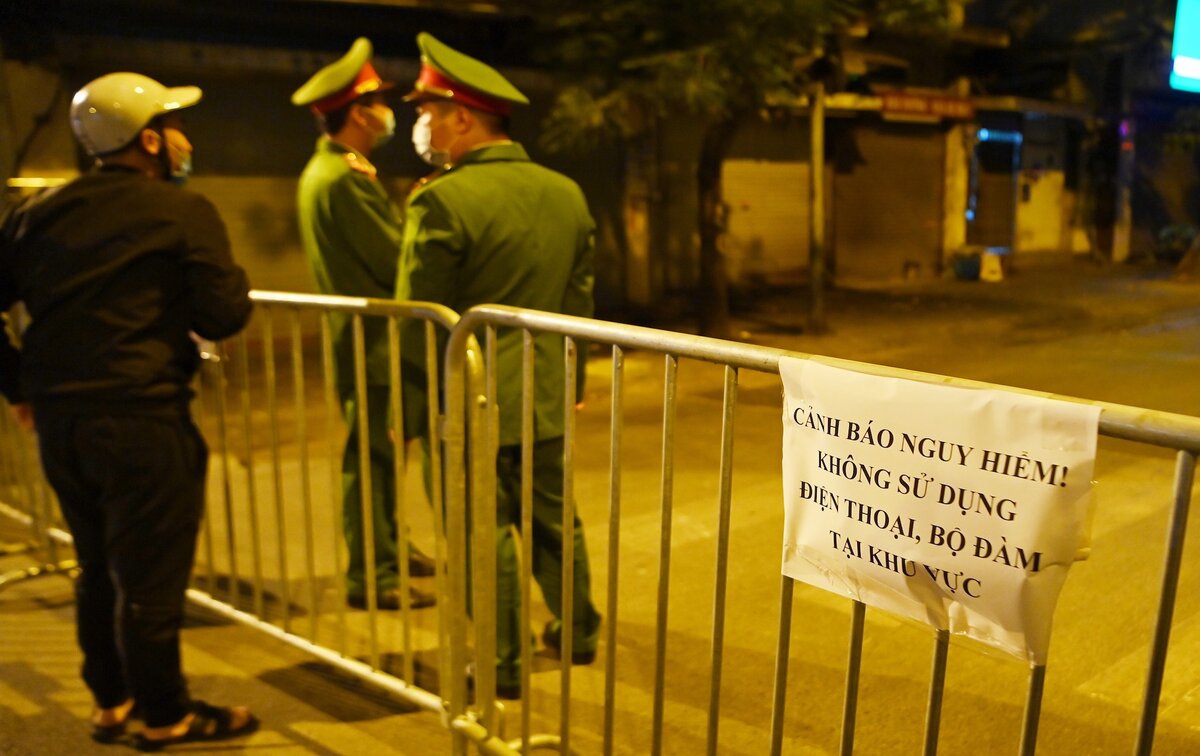 A giant bomb weighing about 340 kg, with 2 intact detonators was removed from a construction site in downtown Hanoi at 11:40 p.m. on Nov. 29, VnExpress has reported.

The 40 cm by 125 cm long bomb was discovered on the evening of Nov. 28, when workers dug foundations about 6 meters deep for a project in Cua Bac street, Ba Dinh District. The bomb was dicovered by an excavator, leading to the immediate postponement of construction activities.

Later that evening, the Industry Department High Command of Capital Hanoi came to examine the bomb and identified it as highly dangerous.

Prior to the defusing, authorities set up a fence with a radius of 200 meters on the streets of Truc Bach Ward, Ba Dinh District to saely neutralize dispose the threat in the neatby surrounding area. Telephones and radios were prohibited in the area for two hours.

According to the Ba Dinh district leader, the bomb was transported to a shooting range in Luc Ngan district (Bac Giang province) and successfully destroyed this morning.

At the end of June, Hanoi discovered a 1.6-meter-long bomb under the Red River, passing through Long Bien District. Fifteen officers and soldiers salvaged it within four days without causing any damage.