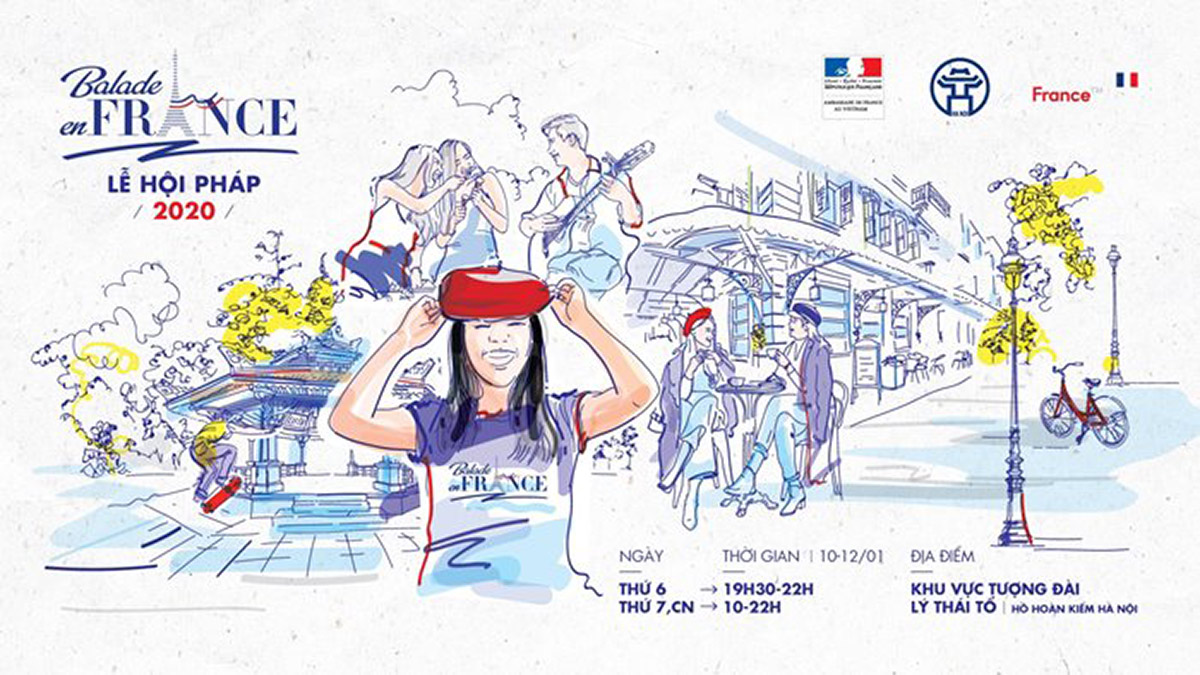 The second ever “Balade en France” French gastronomy festival will be hosted in Hanoi Jan. 10-12, DTI News has reported. Nicolas Warnery, the French ambassador to Vietnam, said that the event would have 40 pavilions set up by top end hotels, restaurants, and food and wine importers from France such as Press Club, Sofitel Legend Metropole Hanoi, Red Apron, Chocolat Marou, Saint Honore, Lu and Fabrik.

Artists from both Vietnam and France will perform at the event, adding a musical element to the festivities. There will also be screenings of French movies, street music, painting and games.

Models of famous French architecture such as the Eiffel Tower and the Pond des Arts will be displayed.

The event is meant to honor French culture, as well as offer high-quality French food and products at reasonable prices.

The first “Balade en France” festival was hosted in Hanoi in 2018.

Related Topics:FestivalFranceFrench Food
Up Next