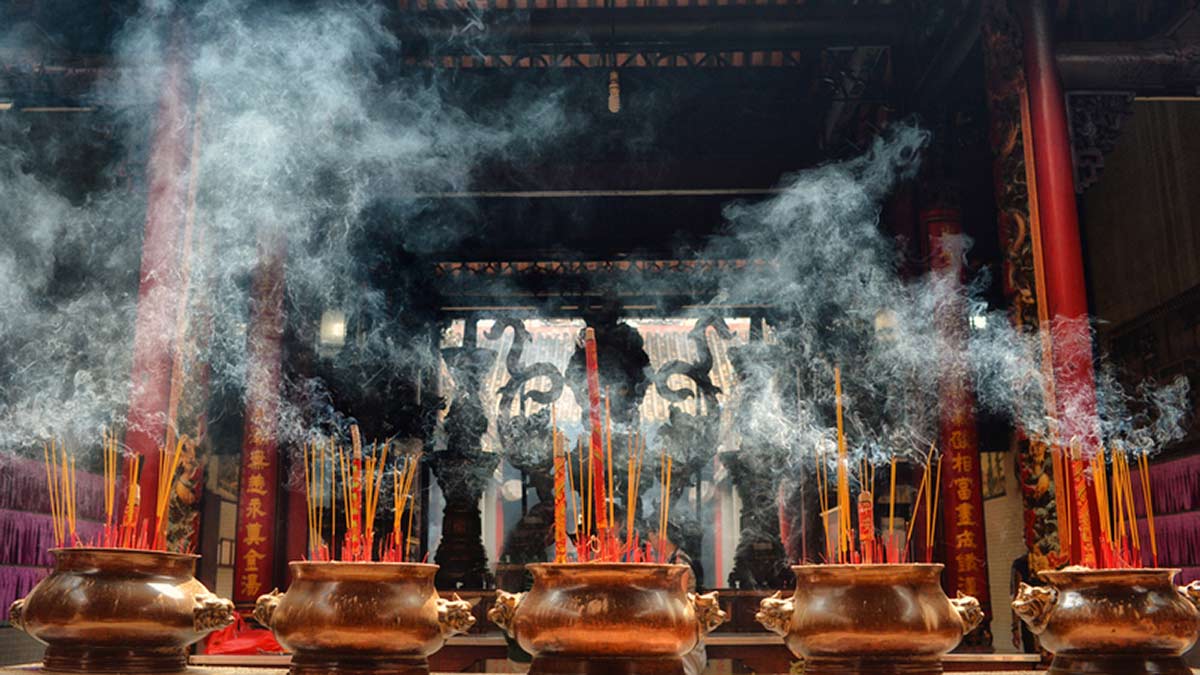 Situated on the northern part of Hoan Kiem Lake, Ngoc Son Temple is one of the most notable Hanoi Temples, not to mention the city’s most-visited. Also known as the Temple of the Jade Mountain, it was initially built in the 18th century (though has underwent many renovations) on a small islet that is steeped in myth and legend. The temple is dedicated to three national heroes: General Tran Hung Dao who is celebrated for defeating the Mongols in the 13th century; La To, the patron saint of physicians; and the scholar Van Xuong.

Ngoc Son Temple is an important cultural structure and often a place for community ceremonies, particularly around Tet (Lunar New Year). It is a perfect spot to escape the hustle and bustle of the city, especially if you go early in the morning, and has a structure consisting of classical Vietnamese architecture set with tall slanted red roofs. Chinese symbols adorn the columns outside and the temples inside. There are two main temples, each reflecting Vietnam’s cultural history.

To reach the islet you must cross the small yet elegant Huc Bridge, which is illuminated as night falls to create truly enchanting sight.

A tranquil view of the surrounding lake can be seen from the islet, which is covered in bushy green trees. Outside of the temple is the Pen Tower, which was built on Ngoc Boi Mountain in 1865. Inscribed on the structure are the words “Ta Thanh Thien,” which mean “write to the blue sky.”