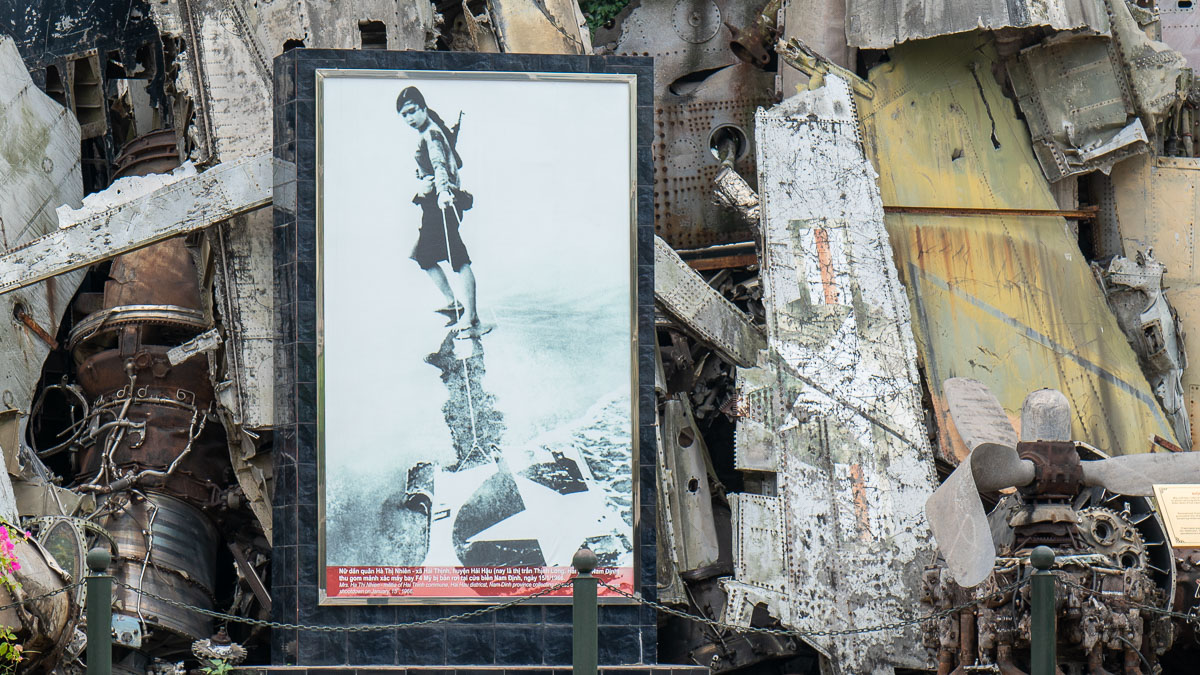 Many mistakenly fall into the trap of seeing Vietnam’s war with America as the defining moment in the nation’s history. Though perhaps understandable, it is a lazy approach and looking further into the past, what can be seen is generation after generation constantly shielding themselves from invading forces: not only against the US, but also the Khmer Rouge, French, Japanese and Chinese. This goes at least as far back as the marauding Mongol Hordes.

Vietnam’s military history is exceedingly complex and lengthy and much of the more recent past is physically encapsulated within the walls of the Vietnam Military History Museum of Hanoi. Essentially what is to be explored here is a testament to numerous victories over the largest and best-equipped armies of the twentieth century by a nation of humble, defiant defenders.

This is one of seven national museums in Vietnam and covers 12,800 square meters. The site is located opposite Lenin Park and very near the Ho Chi Minh Mausoleum, central Hanoi. If your Google Maps is not working, the museum is easily spotted from afar, as the national red flag with its yellow star eternally waves high up atop the Cột cờ Tower (built in 1812), which was once a part of the Hanoi Citadel.

This museum — first opened in the 1950s — gives any interested party an insightful reminder of Vietnam’s extensive path of resistance. The museum consists of both in and outdoor exhibitions. Outside is a vast collection of military hardware, mainly remnants of the war against French colonists and the American empire. Its, very literal, pièce de résistance is the Soviet-era 843 tank that infamously smashed its way through the gates of the Presidential Palace in Saigon on 30 April 1975 – and finally ended the US invasion.

There is also wreckage of an American B52 bomber — shot down during Operation Linebacker ll, (1972); Mig fighter jets; Soviet T-34 and T-54 tanks; massive Howitzer artillery and anti-aircraft guns; M3 half-tracks and armoured personal carriers – these are just some items of the amazing collection that can be found in the front garden alone.

“David used his mind when he fought Goliath. So did we Vietnamese when we had to fight the Americans.”

The indoor displays are primarily artifacts from the first and second Indochina wars, and are divided into three two-storey buildings. The first one near the entrance includes a brief history of the building and defending Vietnam before 1930; the second floor consists of artefacts from 1930 onwards until the end of the French colonial war in 1954 and the famous campaign and final decisive battle of Điện Biên Phủ.

The Vietnamese military hero who had led his country to victory firstly in the battle of Điện Biên Phủ and then against the unequalled might of the United States is General Võ Nguyên Giáp.

“The American soldiers were brave, but courage is not enough,” General Giap said. “David did not kill Goliath just because he was brave. He looked up at Goliath and realized that if he fought Goliath’s way with a sword, Goliath would kill him. But if he picked up a rock and put it in his sling, he could hit Goliath in the head and knock Goliath down and kill him. David used his mind when he fought Goliath. So did we Vietnamese when we had to fight the Americans.”

The second building details the American war from 1954-1968; the first floor depicts the Ho Chi Minh Trail and the spring offensive of 1975. The second floor is divided into three parts: Vietnam V’s USA 1969-1975; a gallery of weapons from 1945 -1975 and a display detailing international support for Vietnam’s liberation during this era.

Finally, the third building showcases military artefacts from 1975 onwards; on the second floor there is a memorial to the Heroic mothers of Vietnam and a model of the Ho Chi Minh Trail. There is also an equally impressive back garden with an art gallery, an American Huey helicopter and a further extraordinary collection of military hardware to be seen.

The exhibition is also packed with examples of archetypal propaganda films of the time and various collections of small arms, homemade weaponry, the widespread use of the modest bicycle and very low-tech logistical pieces – all of which really give the observer a dramatic sense of scale amidst these brutal invasions.  The museum stands as a bold testament to the fighting spirit of the Vietnamese nation.