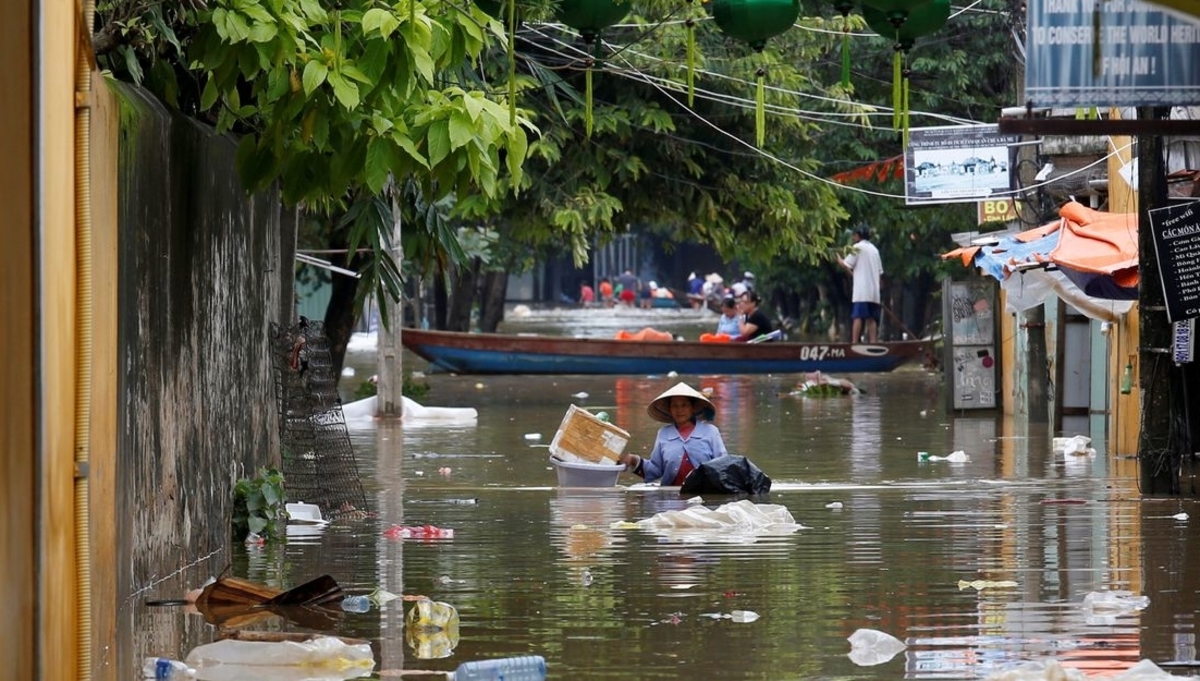 Predicted as the strongest storm in 20 years for its sheer intensity and velocity by the National Center for Hydro-Meteorological Forecasting, Molave storm crashed the central provinces of Quang Nam and Quang Ngai on Wednesday morning, VN Express has reported.

Hit by Molave, many regions experienced sudden blackouts, including Binh Dinh Province. The storm also lifted hundreds of roofs and uprooted trees in several areas. Many public services, shops and streets have been empty since earlier this week.

Public beaches are closed down and swimming at sea is no longer allowed. Waves as high as five meters have registered along the coastal areas.

Authorities strongly recommend people to shelter indoors and not go to work, with postponed indefinitely.

Since Tuesdays, 450,000 residents from six provinces have been evacuated to safety.