Vietnam's storms of the century 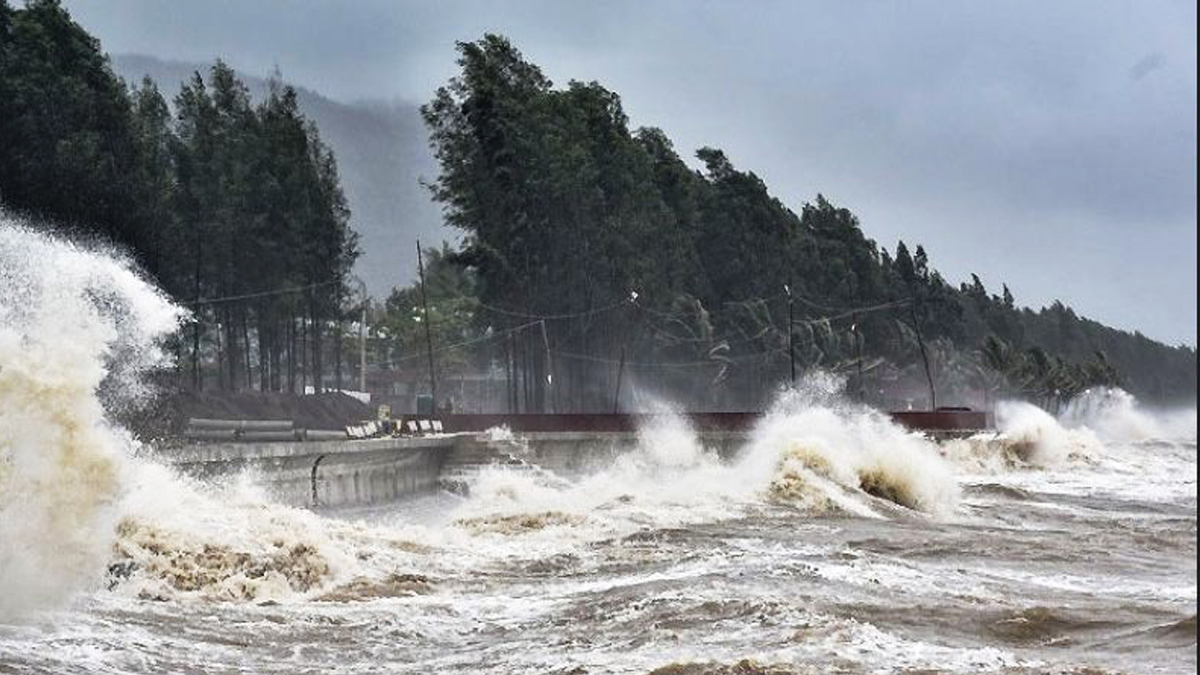 Fierce winds whipped through once idyllic palm trees at 75 kilometers per hour. Floodwaters rose, reducing villages to submerged rubble. Rescue crews frantically searched the choppy waves for those claimed by a rapidly approaching ocean. Adding to the long list of 2020’s tragedies, a series of eight super typhoons terrorized Central Vietnam this year. While the region is certainly familiar with the ferocity of the Pacific Ocean, this year’s stormy season reached levels of unparalleled severity and frequency.

Hanoi resident Quynh Phan flew to Hue last October, during the early days of this tragic autumn. Looking forward to a break from the everyday chaos of the capital city, her hopes were quickly dashed as soon as her flight landed in Hue. In the taxi from the airport to her hotel, Phan witnessed the horrific destruction of tropical storm Linfa.

“Looking out the taxi window, we saw trees being uprooted and cars stuck in deep water,” she says. “The commute from the airport took extra-long because most of the streets were already flooded.”

Instead of exploring the historic city, Phan took shelter in her hotel room, bombarded by howling winds and thundering rain. However, when the storm ceased for a brief hour, Phan braved the elements for a bubbly Instagram picture amidst the dreary, rain-soaked streets. In the formerly sunny courtyard of Hue’s ancient citadel, she poses by a newly-made lake under darkening skies. Her caption is an understatement: “All around me is water.”

Since Phan’s October trip to Hue, Central Vietnam has experienced eight devastating storms. In the aftermath of the most recent storm, dubbed Typhoon Vamco, the current death toll is 322 deaths with 64 individuals missing. Over 90,000 Vietnamese people have been displaced by the storms. The Vietnamese government reported a major financial loss of 1.46 billion U.S. dollars in property damage. These numbers are sure to increase before the season ends.

“My family could not sleep. We fluttered around the house as the wind roared outside. A few hours later, we heard the sound of a neighbor’s roof being torn away.”

While Phan was fortunate to return to the safety of Hanoi, many in the region have the Sisyphean task of protecting their property from the unrelenting season. This extreme weather is significantly bad for those in the hospitality business, as they are still rebounding from the Covid-19 pandemic.

My Hanh, the owner of the quaint Kota’s Homestay located in the shadows of Hue’s Citadel, experienced a waking nightmare during the late-night arrival of Typhoon Vacamo.

“The last storm came to Hue at one in the morning,” she tells Chào via email. “My family could not sleep. We fluttered around the house as the wind roared outside. A few hours later, we heard the sound of a neighbor’s roof being torn away.”

Despite her terrifying night, Hanh considers herself lucky. “My family’s damage was negligible,” she explains. “Other families lost relatives, wealth, and livestock. Pain covers both Hue and central Vietnam in general.”

As the storms rage on, the culprit is profoundly clear: climate change is wreaking havoc in Vietnam. The nation’s climate activists continue to grow concerned with the worsening weather.

“The connection is fairly obvious. Several massive storms in one month is evident of a changing climate,” says Vu Trung Kien, director of the Climate Change Resilience Centre (CCRC), a leading local non-profit combating climate change and environmental degradation. “Climate change will affect the entire world, especially the Pacific Ocean. If nothing is to be done, this will be the new normal.”

To further understand the science behind the bad news, Chào sought out the expertise from a local meteorological legend: Hanoi’s Weatherdude. Unfortunately, while disastrous change is imminent, the exact outcomes at this point are unknown. According to climate scientists, humankind has now approached “Terra Incognita” –  a land of unknown variables.

“I find that the scientists don’t all agree,” says Hanoi’s Weatherdude. “There are conflicting reports because we can’t account for chaos. This experiment – setting the earth on fire – has never been done before. I like to think that I have all the answers but I really don’t. All I know is that we are going to see bigger changes in extreme weather.”

Weatherdude predicts how future generations will adjust to climate change. As the planet gradually torches itself, many will learn to simply try to live with it rather than confront the issue. “Shifting baseline syndrome means that people born today will assume everything is fine,” Weatherdude laments.

Weatherdude echoes Vu’s statement about the U.S. fight against climate change, albeit in less diplomatic fashion: “At least we got rid of that fat tosser in the States.”

“Vietnam is quite active on this issue,” Vu says. For the past five years, Vu and the CCRC have been advocating for a carbon tax, to incentivize companies to cut down harmful carbon emissions thereby cooling the earth. Those efforts have finally paid off as the National Assembly recently decided to apply a carbon tax on all Vietnamese enterprises.

“For the most part, I am positive,” Vu says. “People are acting on it. Even the United States is taking charge. President-elect Biden will hopefully rejoin the Paris Agreement and undo some damage.”

Weatherdude echoes Vu’s statement about the U.S. fight against climate change, albeit in less diplomatic fashion: “At least we got rid of that fat tosser in the States.”

Vietnam has long-battled Asian, European, and American empires, a rapidly spreading virus, and other intimidating combatants. Now, the rolling thunder along coastal provinces signals a new challenger – Mother Nature herself. While the odds seem beyond recall, the unyielding Vietnamese spirit has stared down previous indomitable foes before and won. Hopefully, Vietnam and the rest of the world will continue to combat climate change so that we can enjoy the sublime Vietnamese beaches for centuries to come.

Why Vietnamese love to study abroad