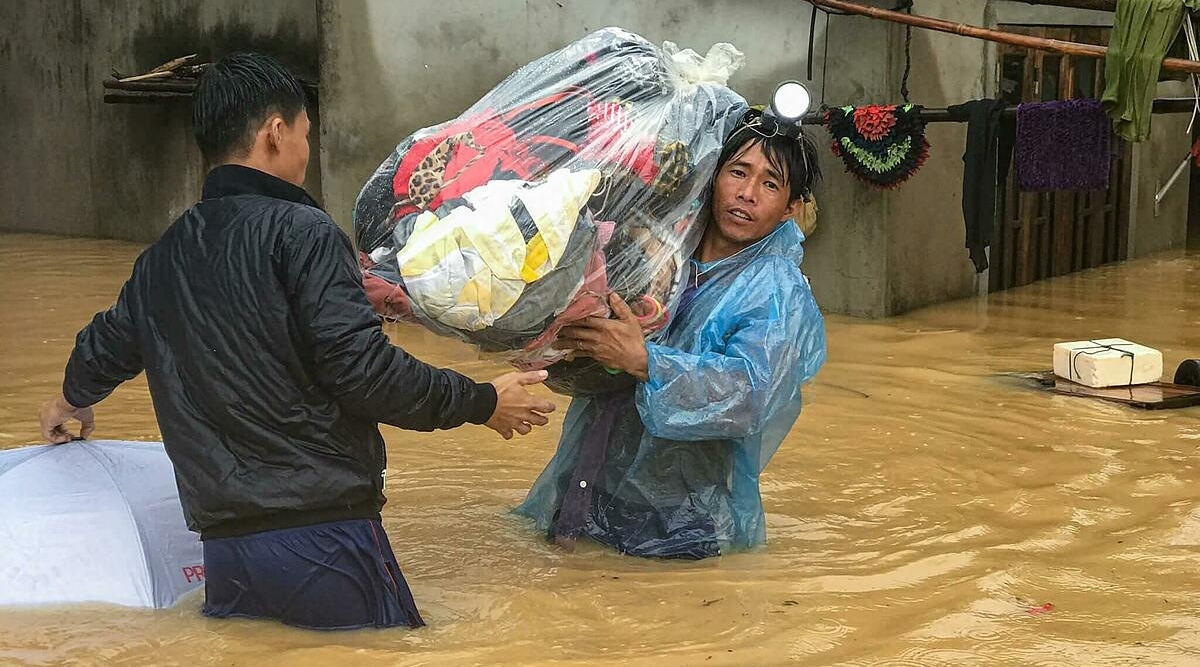 Heavy flooding in central Vietnam – Quang Nam, Quang Tri, Hue and Da Nang – has taken the lives of 14, with 18 people missing and a further 45,835 people displaced in the past few days, VN Express has reported.

The central regions have been plagued with relentless downpours since Oct. 5, and worsened with the arrival of Storm Linfa last Sunday. So far, it’s wrecked 584 hectares of paddy rice, as well as killed 271 cattle and 150,489 ducks and chickens.

People have resorted to using boats as a temporary method of transportation, while many roads are blocked due to landslides. In Quang Binh Province, hundreds of houses are four meters under water.

Under the Ministry of National Defense, nearly 10,000 soldiers, police officers and volunteers evacuated and provided food and other necessities to locals in stricken regions. The Ministry has strengthened its rescue efforts, even utilizing aviation evacuation to those in inaccessible areas if needed.

Flooding is forecast to stop by the end of the week. In 2019, natural disasters killed 132, injured 207, with floods the main cause.