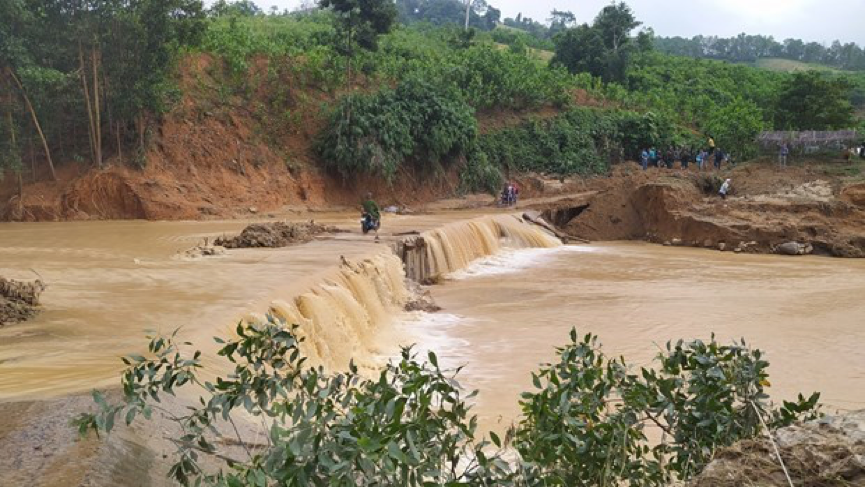 A rescue force with specialized equipment and sniffer dogs is searching for missing residents after a landslide in Nam Tra My District’s Tra Leng commune in the central province of Quang Nam.

At 2 p.m on Oct. 29, the team went to Tra Leng commune’s village 1, where many were hit by the landslide, according to Vice Chairman of the Provincial People’s Committee Ho Quang Buu. He also said that 33 people, including six dead, had been found, with 14 still missing.

Due to flash floods, the rescue force has been prevented from approaching Phuoc Loc commune in Phuoc Son District, central Quang Nam Province, which was also hit by a landslide on Oct. 28. This killed three, with eight still missing.

As severe landslides continuously hit the two mountainous areas in central Quang Nam, Prime Minister Nguyen Xuan Phuc has made an urgent call for victims to be rescued at all costs