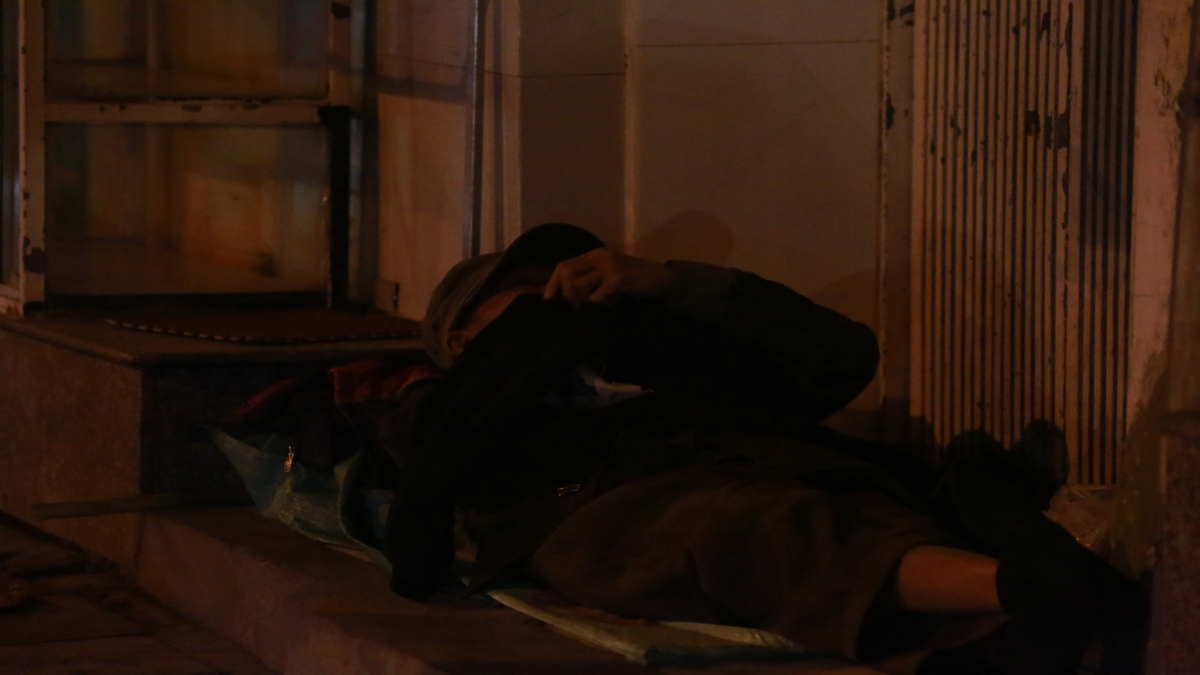 Walking home from work on a chilly winter night back in 2016, Christopher Axe (known to his friends as Axey), a 30-year-old writer from Stockport, England, stumbled across a homeless woman with an infant on the sidewalk by Hanoi’s Temple of Literature, trying to hide from passers-by. Upset by what he saw, he made a call-out on a popular local expat group, asking if anyone was able to bring any essential items for the mother and child. Several people instantly came to help.

It was from this simple beginning that Help Hanoi’s Homeless (HHH) was born, a community of expats and locals living and working in that capital that offers frontline help to those living on Hanoi’s streets.

At first glance, people are deceived by Axe: exceptionally tall with a huge muscular body, dark eyes and a goatee, he looks like a hard nut. However, a few minutes with him and it is his kindness, sympathy and humility that shines through—a gentle giant if ever there was one.

During 2013, Axe spent several unfortunate months living on the streets of Auckland, New Zealand, and has been highly empathetic to those living rough ever since. “Homelessness is lonely, scary and humiliating. You are always hungry. You are always cold,” he told Chào. “Dirty, damp or dusty. You feel sub-human and you are treated that way. And sometimes, you even feel you deserve to be treated that way.”

A few years ago, Axe saw five men attacking a man on the street in Auckland. Rushing to help, he was himself badly beaten, suffering a harsh head injury, but was helped by the family of the man he was trying to aid. “They cleaned up my wounds, gave me food, and arranged a decent sleeping place. They were my precious saviours who I am very grateful for,” he says. For Axe, doing the best for his local community is not just an act of kindness but also a way for him to pay back the gratitude to those who have previously helped him.

Sadly, there is no magical ‘quick-fix’ to miraculously end homelessness, as Axe is all too aware. HHH and its team of volunteers focus on performing a series of small good deeds, one at a time, hoping to change people’s lives and that the work may grow into something bigger. If they are not transforming people’s lives they are at the very least helping thousands across the city keep warm and fed.

Axe tells the story of a man whose wife passed away when their child was only one-year-old. The father was struggling to put enough food on the table for both him and the infant when HHH stepped in and helped out, providing him with the diapers, formula, clothes and other essentials. Now the child has grown into a healthy three-year old child starting to explore the world.

Another tragic case saw a father dying and a family falling apart, leaving behind an elderly woman and her four-year-old granddaughter together on the Hanoi streets for five years. After a few years of being supported by HHH, they now have a home of their own and the girl has even started public school.

Every Thursday evening Axe and his team go out to homeless hotspots throughout Hanoi, handing out fruit, meals, toothpaste, socks, first aid items and generally whatever they think is needed and what people have been able to donate. But the group also play other important roles, such as providing protection from various dangers the homeless may face, such as the threat of being robbed, or manipulated by gangs, or exploited by thugs.

“I’ve faced numerous gangsters who have been trying to steal from or exploit the homeless,” Axe says. “It’s important that charity groups and the community at large are vigilant and don’t allow these criminal groups to flourish.”

One evening Axe had to face up to a pimp, who was robbing the homeless. “I saw him walking out of a Land Rover, you know, the kind of car that rich people have. And he was trying to take the money from the hands of some poor homeless person,” he says. “You know because I am quite big myself, I can look a little intimidating. So, he left pretty quickly. Nobody ever saw him in the neighbourhood again.”

The last few decades has seen homelessness in Vietnam drop considerably. However, the economic effects of Covid-19 means that it has almost certainly risen this year, so the work of community groups is as important as ever. HHH has expanded significantly since its inception, and now a typical Thursday night sees about 30 people gathering at Hanoi train station before they head out to do what they can to aid and care for those less fortunate than themselves.

HHH tries to joined forces with other charitable organizations whenever they can, in the belief that forging networks makes them more effective than simply acting alone. On their night patrols, if they see a child alone on the streets they swiftly contact Blue Dragon, an NGO that, among many other things, focuses on helping street kids finds homes and lead better lives, such as by clothing and feeding them, getting them into schools, and helping them contact loved ones.

HHH also keeps a keen look out for women who look like they may have been beaten. When such cases arise, they reach out to HopeBox, a social enterprise dedicated to improving the lives of women who have been victims of domestic violence, providing them with the accommodation, jobs and education they need to live in safe, non-violent environments.

If organizations like Help Hanoi’s Homeless, Blue Dragon and HopeBox can assist each other where possible and keep continuing to raise awareness in Hanoi and beyond, they will be better able to limit the extent of homelessness, child abuse and domestic violence on the capital, and heal the attendant scars such human rights violations leave upon the city.