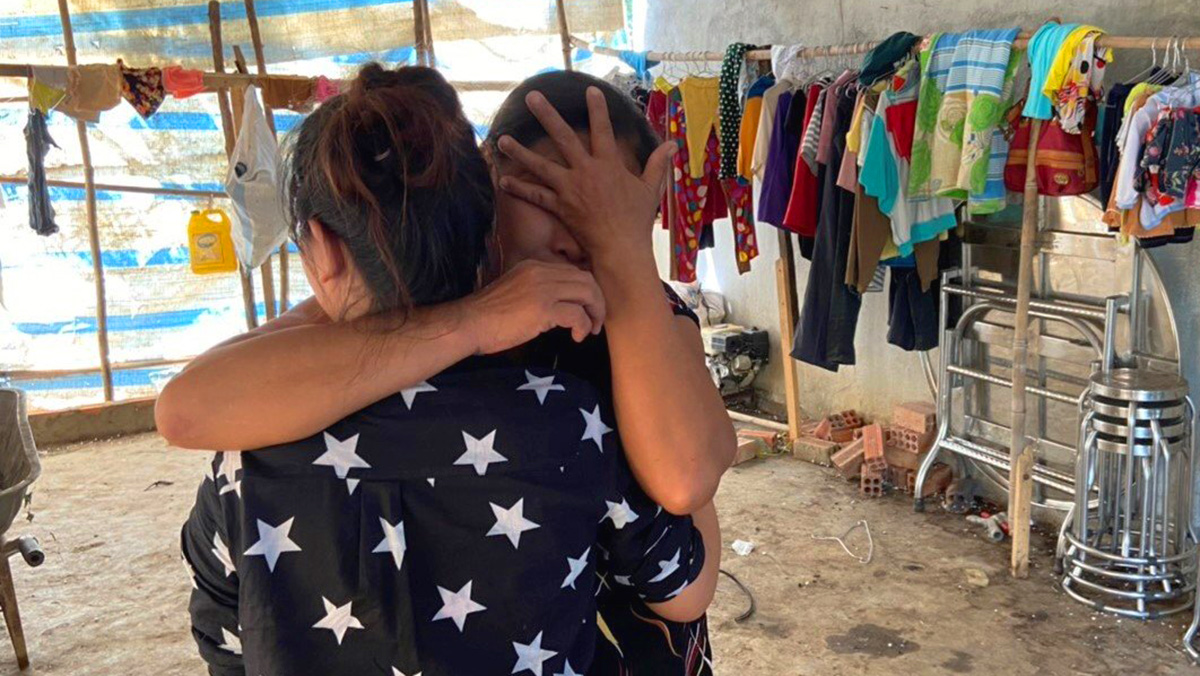 In mid-July Blue Dragon, an NGO focusing on human trafficking and helping Vietnam’s “street kids,” received a call for help: five young girls from the northern region of Sapa had gone missing.

The group of friends, all aged under 16, were deceived while they sought jobs to support their families, and were forced to work in karaoke bars that were fronts for prostitution.

In collaboration with local authorities, Blue Dragon located and rescued the girls, and is now providing counselling and legal support to them and their families.

Since the coronavirus pandemic began, Blue Dragon has rescued 11 underage girls from sexual exploitation in different parts of the country, and has assisted in the rescue of an additional seven. This represents a significant spike in the number of domestic exploitation cases. In 2019, almost all of the victims rescued by Blue Dragon had been trafficked to China.

The opportunity she was offered to waitress on the outskirts of the city was a trap. The cafe was in fact a brothel, and Lan had been sold as a slave.

These cases exemplify an alarming COVID-19 side effect that Blue Dragon and police are observing in Vietnam: the financial struggles faced by families have caused a sharp increase of human trafficking cases, and a rise in types of exploitation that Blue Dragon used to encounter much less frequently.

“Social distancing measures were taken and restrictions put in place, but that didn’t stop trafficking rings,” says Blue Dragon’s Anti-trafficking Coordinator Luong Le, who highlights that after restrictions were lifted in May, the number of potential victims increased due to the financial hardships brought about by the pandemic.

Le explains that, in addition to groups traditionally at risk of trafficking, such as communities in border areas where poverty is widespread, “now even groups who weren’t previously vulnerable to trafficking can fall prey to this crime, because many people have lost their jobs.”

This was the case for Lan, a 21-year-old university student from southern Vietnam who Blue Dragon rescued in April. Lan’s part-time job disappeared during the pandemic. After several months without employment and struggling to get by, she became an easy target for human traffickers. The opportunity she was offered to waitress on the outskirts of the city was a trap. The cafe was in fact a brothel, and Lan had been sold as a slave.

“Some of the survivors we work with come from dysfunctional families, and think the fact that they can work and become the person who provides the family with financial support is the only way they can gain or regain their position in the family. They feel it will give them value, and that makes them very vulnerable to human trafficking,” she says.

In a context where the financial situation of many families has worsened, that urge to support their relatives by finding work in order to receive validation and appreciation is exacerbated, and with it, so is the risk of trafficking.

Migration for work, another factor

The vast majority of trafficking victims Blue Dragon has rescued in the past were Vietnamese girls and women who were deceived and sold into forced marriages or brothels in China. Due to the current and widespread financial difficulties, however, that is also changing.

With fewer employment opportunities in local communities and increased competition, job seekers, both male and female, are more likely to follow promises of work away from their homes.

“Low-skilled workers are finding it very difficult to get jobs, and there will be traffickers and business owners who will take advantage of this situation,” says Le, adding that, in the current situation, “more people are forced to move irregularly or migrate illegally.”

That need to find employment in order to break out of poverty is what led Alang and Chue to follow a job offer that turned out to be false. These young H’mong men come from a remote village in the northernmost part of Vietnam. Alang and Chue could only find odd jobs here and there in their village, but that wasn’t enough to survive.

When somebody invited them to travel to the south to work for a company that was hiring, they decided to take the 2,200 km journey. When they arrived, there was no job. Alang and Chue were taken hold of by a fishing crew. The owner of the boat threatened them at gunpoint to sign a loan contract and demanded they repaid that fake loan by working on the boat for no salary. As soon as they realized they had been sold as slaves, the two friends called for help and the Blue Dragon rescue team set them free.

Just a few days before Alang and Chue’s call, Blue Dragon assisted in the repatriation of a group of 30 men and women from China, in the largest repatriation operation we have conducted to date, and helped them reunite with their families in northern Vietnam.

Le explains that this increase in mobility to find work escalates the risk of falling prey to modern-day slavery for “both men and women.”

“The risk of child labour in China will also increase, and we are already seeing that not only high school (Grades 10-12) girls but also some secondary school (Grades 6-9) girls dropped out of school and got married during the crisis,” she adds.

Blue Dragon’s Street Outreach team has noticed this increase in mobility on the streets of Hanoi too, where the number of homeless children and young adults who came to the city looking for work has also been on the rise since the pandemic began. Sleeping rough on the streets makes children significantly more vulnerable to abuse and exploitation.

Finally, an additional side effect of this financial hardship is a potential increase not only in the number of trafficked men and women, but also in that of traffickers.

“In many cases, human traffickers and their victims share the same background. They have a low level of education and legal knowledge, and they are unemployed,” Le says. Blue Dragon’s Anti-trafficking Coordinator explains that the need for quick money combined with the nature of human trafficking, which is usually carried out by deceiving people the traffickers already know, means “there will also be an increased number of criminal recruits.”

“Blue Dragon’s prevention work is absolutely crucial right now. We have to immediately expand our work with communities and schools to educate them about all the risks.”

This article was originally published by Blue Dragon. You can play a role in ending modern-day slavery. A donation to Blue Dragon will rescue victims of trafficking and provide them with what they need to recover and rebuild their lives.