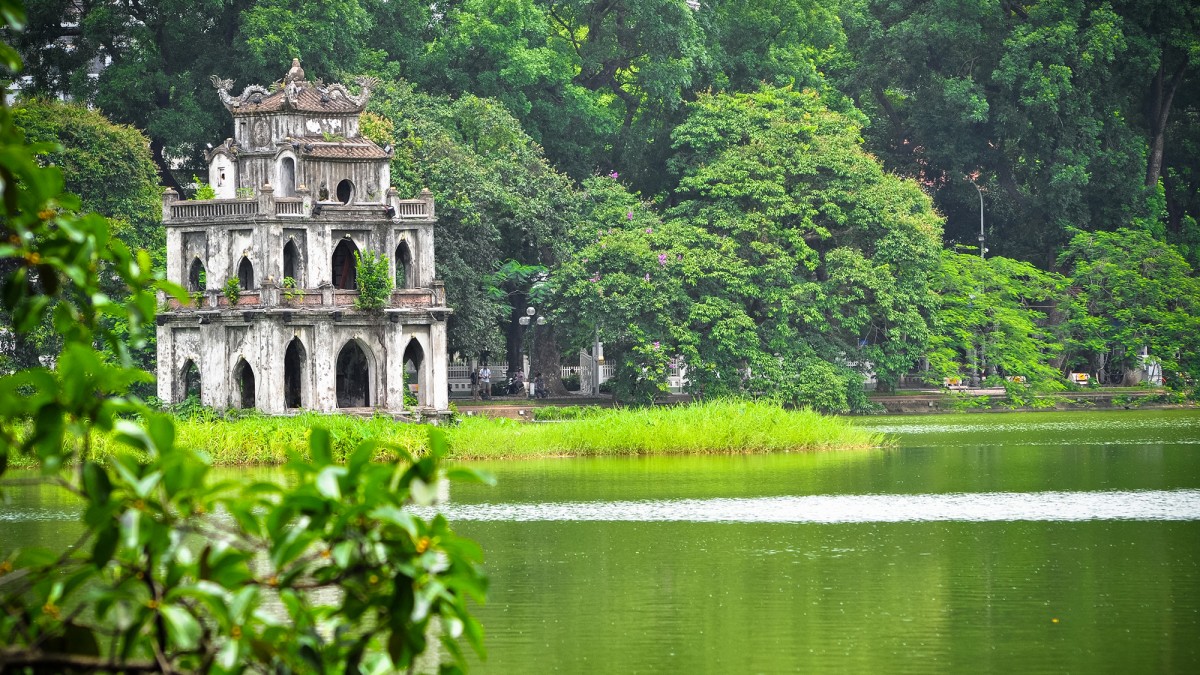 An individual female turtle, weighing 86 kg, with a shell length and width of 99.5 cm and 75.5 cm respectively, found at Dong Mo Lake was confirmed as a rare Hoan Kiem Lake turtle by the Hanoi Department of Agriculture and Rural Development on Dec. 18, VN Express has reported.

On Oct. 22, a soft shell turtle was trapped and caught in Hanoi for study. Sciencetific units weighed, measured and sampled including blood, tissue, etc. before being sent for genetic testing. The research subject was later released into the lake.

Two research centers under the Vietnam Academy of Science and Technology and National University analyzed and concluded the specimen genes belong to the species Swinhoe (Rafetus swinhoei), also known as the Hoan Kiem turtle.

The Asian Turtle Program stated that there are at least two similar creatures in Dong Mo Lake because they were both captured on the surface at the same time. It is expected the gender of the remaining one will determined in 2021. In the case of a male, the authorities will create a sandy area in the lake so that the turtle can reproduce naturally.

According to the Sinhoe conservation plan of the Hanoi People’s Committee, in the period of 2021-2025, the city will study the biological characteristics, natural conditions, and suitable environment as a basis for proposing breeding matching; then there will be projects on the conservation and reproduction of Hoan Kiem turtles in the future.

Before the discovery of the turrtle, the last individualbelieved to be living in the wild was reported dead on Jan.19, 2016.