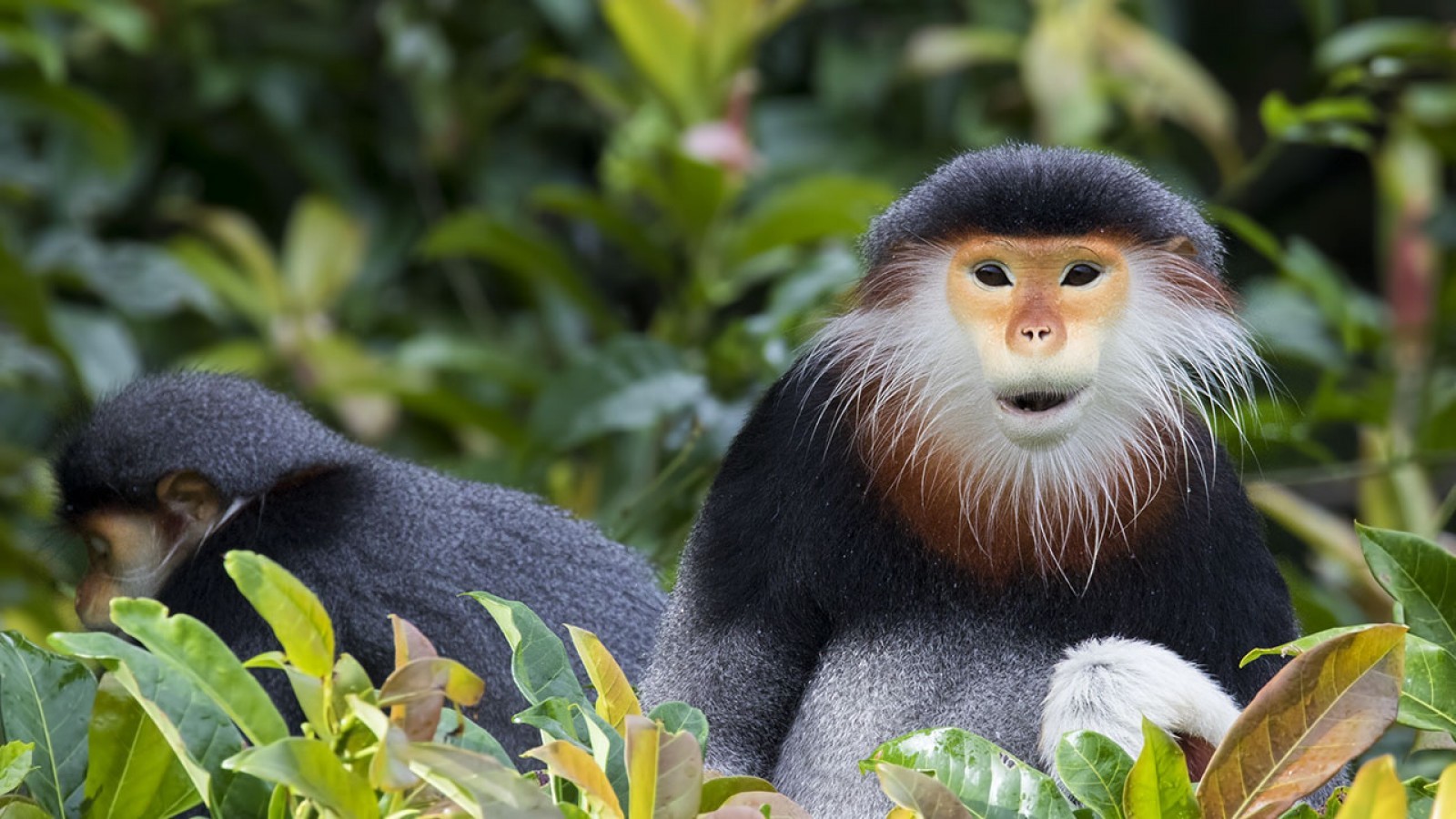 Rangers at the Ba Na – Nui Chua Nature Reserve forest have found three new types of red-shanked douc langurs during the first days of 2021, according to VN Express.

The groups of langurs of about six members were spotted in the reserve lying on the border of Quang Nam Province and Da Nang City, said Tran Viet Phuong, Head of the Da Nang Forest Protection Department.

“The appearance of the new groups of red-shanked douc langurs at Ba Na – Nui Chua forest has proven that the living conditions and environment as well as the management and protection of forests in this area are good,” Phuong said.

Rangers had seen the langurs earlier in 2016, but were unable to keep track of them or take any photographs.

There is no official number for the red-shanked langurs in the wild in Vietnam, but the Son Tra Peninsula in Danang houses the largest population of these endangered animals in Vietnam The peninsula lies 40 km from the Ba Na – Nui Chua forest.

A study conducted in 2017 on behalf of the city by the Green Vietnam Biodiversity Conservation Center, a non-governmental organization, counted 1,300 red-shanked douc langurs in the peninsula. Poaching and loss of habitat have put their existence at risk.

Related Topics:EndangeredLangursPrimatesVietnamese Wildlife
Up Next

Young man awarded “Creator of the Year” by TikTok