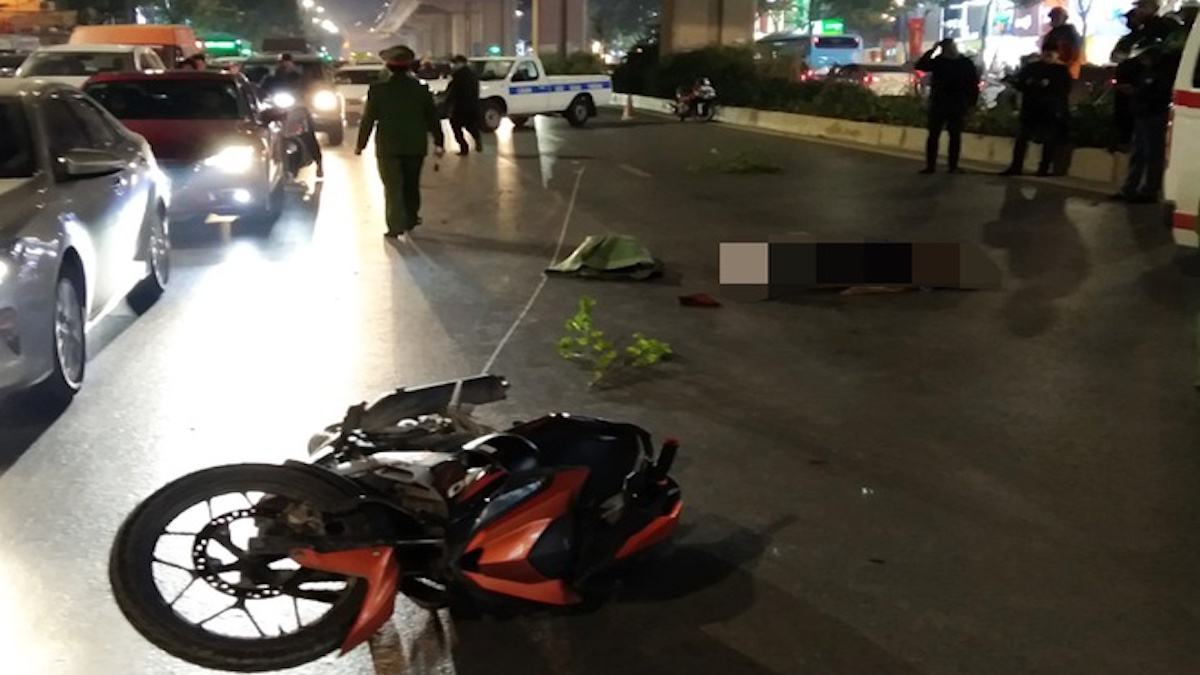 Police are holding a motorcyclist in custody after he allegedly collided with three pedestrians, killing two, Danviet has reported.

Hanoi’s Thanh Xuan police station has been holding a man, 30, since Jan. 19 to clarify the incident that caused two deaths.

The driver collided with the pedestrians on Nguyen Trai Street on the evening of Jan. 16. The collision caused an 82-year-old man and 20-year-old woman to lose their lives, as well as injuring a 15 year old.

The collision causes a backlog of traffic on the street, and police are investigating the scene.