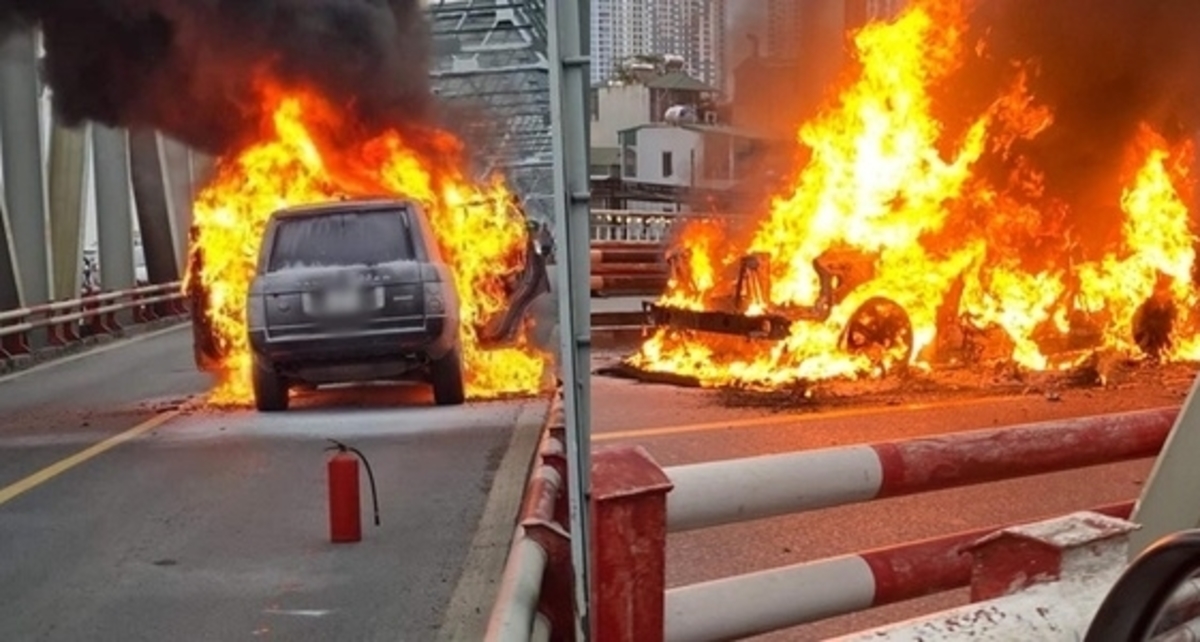 Two unrelated road accidents yesterday around the same time on two of Hanoi’s biggest bridges, Nhat Tan Bridge and Chuong Duong Bridge were believed to have been caused by wet weather conditions, Vn Express has reported.

At around 5 p.m, a Range Rover suddenly caught on fire in the middle of Chuong Duong Bridge that connects Hoan Kiem centre and Long Bien District. The driver managed to open the door in time and escape safely.

“Many people passing by were telling one another to put out the fire, but there were no equipment. By the time there was a small fire extinguisher, the fire had swallowed up the car,” a witness said.

The cause of the fire is still unknown.

The second accident, less than two hour later was on Nhat Tan bridge, which goes from Noi Bai airport into Hanoi city. There were three consecutive crashes on the bridge within 150 – 200m, causing a total of 12 cars to hit each other.

This led to heavy traffic jams. It is reported that the collision was caused by slippery roads and rainy weather, obstructing drivers’ vision and making it difficult to control speed.