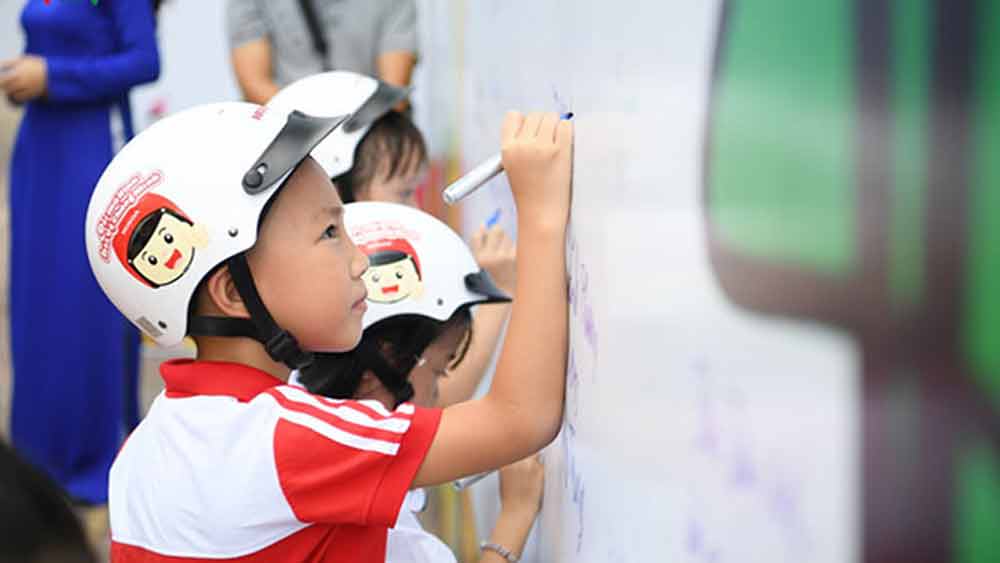 A national program aimed at encouraging children to wear helmets while riding bikes was launched in Hanoi on Sept. 8, and attended by Deputy Prime Minister Truong Hoa Binh and several of the country’s most senior ministers, Voice of Vietnam has reported.

The event saw thousands of people gather around Ho Guom (Sword Lake) to take part in the launch ceremony. It is hoped that the program will help raise awareness among both parents and children as to the importance of wearing a helmet safely, especially when travelling to and from school.

Truong Hoa Binh said that it was very important for parents to help their children put on their helmets properly to make sure they were safe on bike journeys.

The children responded enthusiastically to the launch, with many of them signing a special board to show their support for the program.