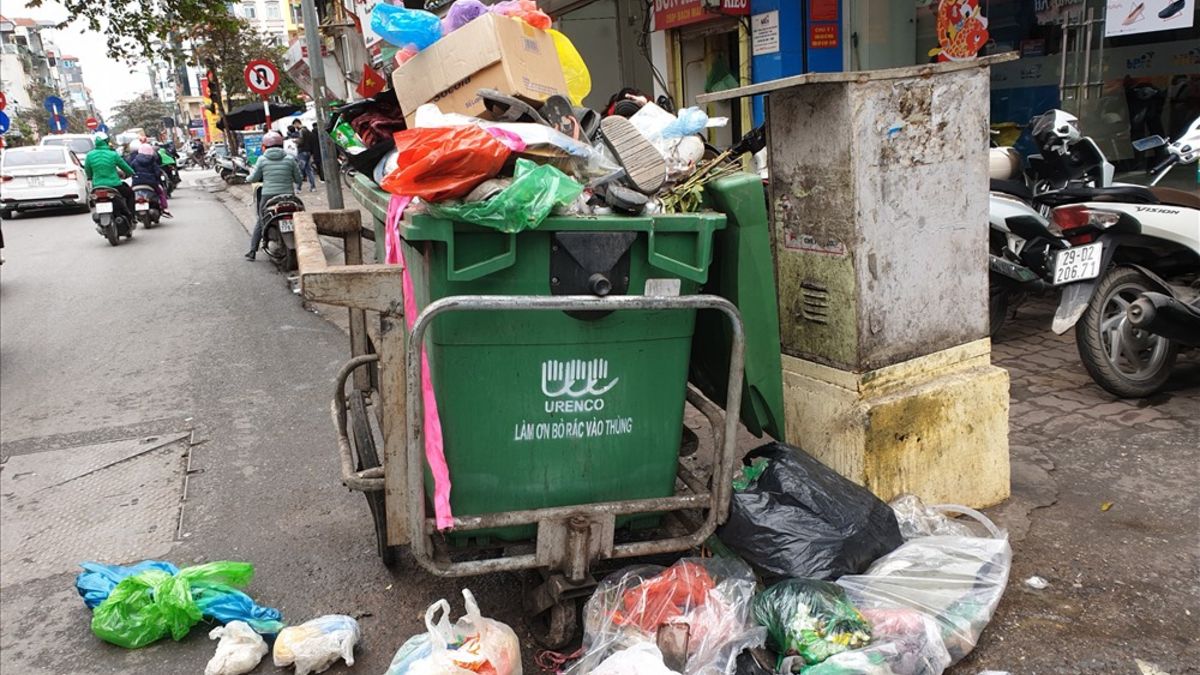 A big part of preparing for Tet holiday is cleaning the house and throwing away garbage and other unnecessary items. During the weeks leading up to Tet there is a huge increase in garbage in the bins and on the streets left for workers to pick up. It is not just the usual trash, but also construction waste, old furniture and broken items that pile up.

Nguyen Huu Tien, director of the Hanoi Urban Environment Company (URENCO), said garbage could increase by 20% to 100% during Tet, DTI News reported. Le Thi Huong, a worker for URENCO said the Tet holiday always scared them because of the amount of trash that needed to be collected.

The Nam Son Waste Treatment Company usually averages between 4,900 to 5,000 tons of garbage daily, but lately they have received up to 5,600 tons a day. The director of the company, Trieu Tuan Duc, said the amount of garbage was “estimated to increase up to 7,500 tons” and that he expected“we [will] have to work through Tet.”

Related Topics:TetTrashTrash Collection
Up Next