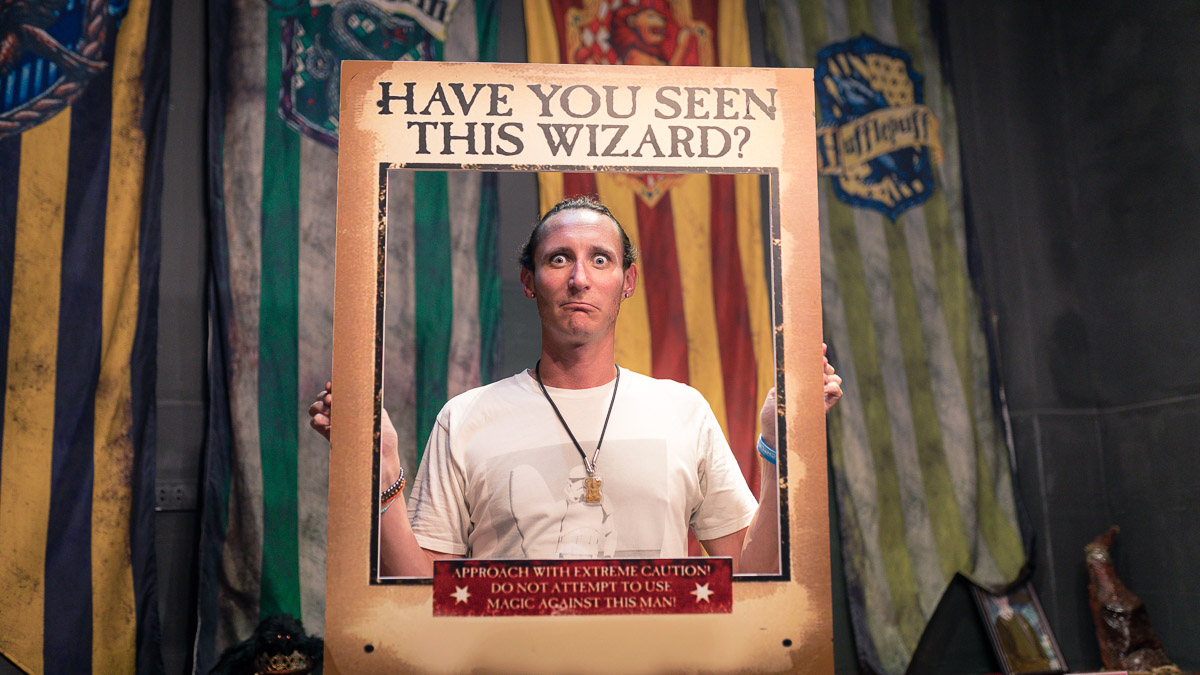 Ever wanted to hold Harry Potter’s wand? Or, for you Slytherins out there, maybe it is Voldemart’s wand you would like to wield? No matter what house you hail from, Potterheads can find their home at Always Café, Hanoi’s only Harry Potter cafe (as far as we know anyway).

The owner Hoang Anh, a self-described Griffindor, started the wizard inspired cafe in 2016 after being inspired to create a space where other diehard Harry Potter fans could gather. It has a cozy Hogwarts vibe with wooden tables, hanging flags and magical decorations.

Situated directly opposite one of the city’s Highway4 restaurants, this small café offers a variety of drinks including coffee, tea and juice, all at reasonable prices. Of course, Always cafe could not call itself a Harry Potter cafe without serving the famous butter beer, which had a very distinctive taste. “I can proudly say that our butter beer tastes about 80% like how butter beer is described in Harry Potter,” Hoang Anh says smiling. “A little bit like less-sickly butterscotch.’”

She says the butter beer is made to their own special recipe, and the main ingredients include homemade caramel syrup, cream soda and beer. “It isn’t what you expect” says Abi Nelson, a teacher from South Africa. “It transported me to Hogwarts; like an ice cream float, but with an otherworldly flavor.” The signature drink is 65,000 VND or 60,000 for a non-alcoholic version.  Other mystical drinks at the café include the exotically named Poly Juice potion, Amortenia, and Truth Potion. They also offer snacks such as pizza, soup and various finger food.

People do not come to Always Café just for the drinks however; they come for the whole wizardly experience. Customers can dress up as a witch or wizard and get free photos taken. They also have the invisibility cloak (perhaps not with quite the same powers as described in the books) and the famous sorting hat, which Hoang Anh said “does real sorting.”

During one event, “The Chamber of the Fantastic Beast,” Hoang Anh says two young customers met and played the magical creatures game together. Both were huge Potter fans and later they became a couple. Apparently, the magic of love is in the air at this café for Potterheads.

After gulping back a butter beer and trying on the sorting hat for size, customers do not have to leave empty handed. Always Café has an array of Harry Potter merchandise for sale such as costumes, wands, character models, maps, notebooks, jewelry and originally designed hoodies and sweatshirts (get the one from the house you belong to). What are you waiting for? Hop on your broomstick and take a ride over to the cozy wizard sanctuary that is Always Café.