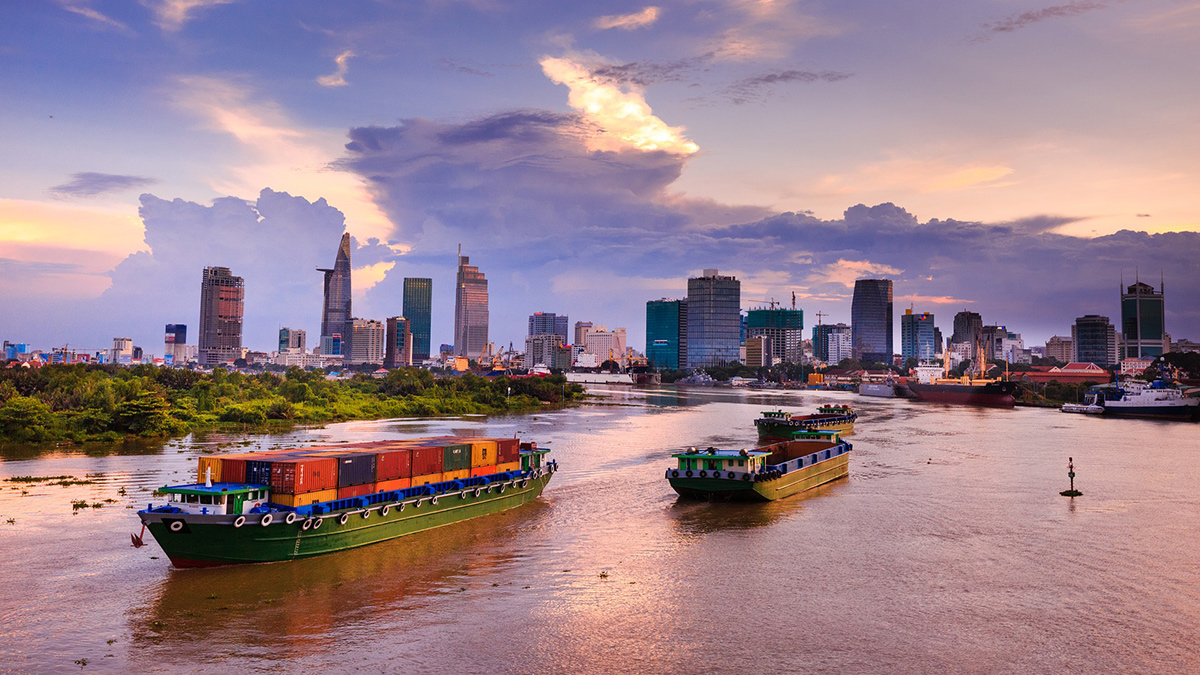 Vietnam’s National Assembly on June 8 ratified the European Union Vietnam Free Trade Agreement (EVFTA) and the EU-Vietnam Investment Protection Agreement (EVIPA) paving the way for it to take effect sometime in July or August this year. The agreement was unanimously approved with 94.62% of lawmakers in favor of the EVFTA and 95.65% in favor of the EVIPA.

The developments follow the ratification of the FTA by the European Parliament (EP) on Feb. 12. Analysts hope the trade deal will give a much-needed boost to Vietnam’s industries, such as manufacturing, as it looks to recover from the COVID-19 pandemic.

The EVFTA was signed on June 30 in Hanoi paving the way for increased trade with the EU and Vietnam.

The EVFTA is an ambitious pact providing almost 99% of the elimination of custom duties between the EU and Vietnam. As per the Ministry of Planning and Investment (MPI), the FTA is expected to help increase Vietnam’s GDP by 4.6% and its exports to the EU by 42.7% by 2025. While the European Commission has forecast the EU’s GDP to increase by 29.5 billion U.S. dollars by 2035.

The EVFTA is considered a new generation bilateral agreement – it contains important provisions for intellectual property (IP) rights, investment liberalization, and sustainable development. This includes a commitment to implement the International Labor Organization (ILO) standards and the UN Convention on Climate Change.

Talks between the EU and Vietnam began in June 2012 and ended in December 2015, however, the ratification process was delayed due to specific details on tariffs as well as the EU-Singapore FTA, which came into effect recently.

Vietnam and the EU are long-standing trading partners. At the end of 2018, EU investors had invested more than 23.9 billion U.S. dollars in 2,133 projects in Vietnam. In 2018, European investors added almost 1.1 U.S dollars billion in Vietnam.

EU investors are active in 18 economic sectors and in 52 out of the 63 provinces in Vietnam. Investment has been the most prominent in manufacturing, electricity and real estate.

The bulk of the EU investment has been concentrated in areas with good infrastructure, such as Hanoi, Quang Ninh, Ho Chi Minh City, Ba Ria-Vung Tau and Dong Nai. 24 EU member states are invested in Vietnam, with the Netherlands taking the top spot followed by France and the UK.

At the regional level, Vietnam is now the EU’s second most important trading partner among all ASEAN members – surpassing regional rivals Indonesia and Thailand, in recent years. The growing trade between the EU and Vietnam also helps to solidify ASEAN’s position as the EU’s third-largest trading partner.

The EVFTA, at its core, aims to liberalize both tariff and non-tariff barriers for key imports on both sides over a period of 10 years.

For Vietnam, the tariff elimination will benefit key export industries, including the manufacturing of smartphones and electronic products, textiles, footwear and agricultural products, such as coffee. These industries are also very labor-intensive. Increasing Vietnam’s export volume to the EU, the FTA will facilitate the expansion of these industries, both in terms of capital and increasing employment.

Both Vietnam and the EU have articulated a timeframe by which they have committed to liberalizing all tariffs. Key among these commitments is a seven-year timeline for Vietnam’s textile and footwear products. Exports of the sector reached around 9 billion U.S. dollars in 2018. As a large proportion of Vietnam’s exports to the EU are consumer goods such as clothing, textile, and footwear, the FTA could significantly increase their trade volume.

As Vietnam continues to grow, it will shift its manufacturing sector towards more technologically advanced products, such as smartphones and other electronics. The EVFTA will provide more export revenue from clothing and footwear products, but may not impact the expansion of these industries.

Although Vietnam is yet to have an extensive developed electronic manufacturing industry at present, the FTA provides Vietnam with an unprecedented chance to take a lead in electronic products, and hence expansion of this budding industry could be a smart move for local businesses.

While Vietnam’s pharmaceutical market has significantly developed, it still only meets 52% of market demand contributed mostly by generic drugs. The new FTA will bring fair and equal access to the market enabling EU investors to further expand their business and thus allowing foreign investors to meet the strong growth of the pharmaceutical sector

Key highlights of the EVFTA

Previously, remanufactured goods were considered ‘used’ by Vietnam and typically not allowed for import. However, the text of the agreement allows remanufactured goods to be imported and will open up trade for high-value products such as medical devices and car parts to serve the after-sales market. Vietnam can still continue to restrict specific used goods under the most favored nation (MFN) conditions.

The temporary import and export of repaired goods will be duty-free. This will ensure fair and competition conditions particularly for specialized maintenance services such as aircraft.

Vietnam will accept ‘Made in EU’ products for non-agricultural items for the first time reflecting the integration of the EU market. With the exception of pharmaceuticals which are subject to national approvals, this will allow manufacturers to use the EU’s broader internal market.

Consular transactions are no longer needed under the FTA while consular authentication will not be required three years the FTA is in effect.

Recent changes in the EU, in particular Brexit, could impact the outcome and importance of the EVFTA. For now, the FTA will take effect for the UK until the end of the year and could be extended for another 24 months as per the UK’s agreement with the EU.

Nevertheless, considering that the UK is one of the biggest markets for Vietnam’s exports, and also one of Vietnam’s biggest investors, trade and investment from the UK is likely to remain in limbo as long the markets are processing the post Brexit fallout. However, Vietnam sees opportunities if Brexit comes into play.

The impact of Brexit on EU trade and investment is, however, another story. While the turmoil of Brexit amplifies an existential crisis that has been manifesting in Europe for some time, there are strong reasons to believe that Vietnam will continue to reap the benefits of European trade in the years to come.

Much of this boils down to the EU’s increasingly stringent standards and quality controls applied to goods coming into the EU. Unlike many of its ASEAN neighbors, Vietnam has been successful in concluding a trade agreement with the EU.

Included within this agreement are numerous provisions that help to converge Vietnamese standards with those of the EU. The importance of the Vietnamese market will only grow as elements of the EVFTA are implemented and corresponding non-tariff barriers are removed.

This article was written for Vietnam Briefing on behalf of Dezan Shira & Associates. The firm assists foreign investors throughout Asia, with offices in China, Indonesia, Singapore, Russia and Vietnam. Please contact info@dezshira.com or visit www.dezshira.com.

Vietnam’s economy well-placed for lift off after coronavirus containment